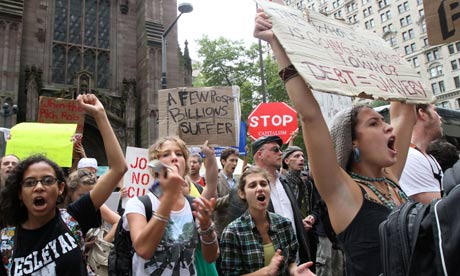 This is the third of three articles in an extended review of the recently published book, Lost in Transition: The Dark Side of Emerging Adulthood, by University of Notre Dame sociologist Christian Smith and colleagues. The reviewer, Thomas Lickona, is a developmental psychologist and professor of education at the State University of New York at Cortland.

One letter writer argued, “The lack of moral values in the young is nothing more than the natural progression of the cult of individualism that our nation has embraced for several centuries. One can’t revere individualism in one arena, say, economic activity, without its bleeding into others.”

Another letter writer challenged us to “list examples of sterling moral behavior modeled for the young (and I will settle for simple truth-telling, not moral heroism) in either house of Congress, the presidency, or the financial and banking sectors of the United States. When those with the highest social status routinely lie, cheat, exploit their office for personal gain, profit from outrageous conflicts of interest, when they are rewarded for their turpitude with wealth and acclaim, repeating the conservative party line about moral laxity and self-indulgence [of youth] is disingenuous.”

In fact, as Christian Smith repeatedly makes clear in Lost in Transition, he completely agrees with the Times letter writers on this central point: Most of the problems in the lives of youth have their origins in the larger adult world into which youth are being socialized. He’s too good a sociologist not to realize that.

In the book’s final chapter, Smith sums up his case that youth problems are, to a great extent, rooted in the social institutions that form our young:

Poor moral reasoning comes significantly from poor teaching of thinking skills in schools, families, religious communities, sports teams, and other youth-socializing settings. Damaging sexual experiences have connections to things like the way colleges and universities are run and the lifestyle scripts disseminated by advertizing and the mass media. Mass consumer materialism is deeply rooted in the structure of the American capitalist economy and the advertising industry. Intoxicating habits have much to do with the financial motives of the alcohol industry. And disconnection from civic, communal, and political life has something to do with the many real dysfunctions of American politics and the lure of private, mass consumerist, media-stimulated lifestyles.

“As a society,” Smith concludes, “we are failing our youth in crucial ways.”

How to Fix a Broken Culture?

What’s to be done? Smith doesn’t think anyone has much capacity to intentionally change anytime soon the macro-social institutions and forces—including consumer capitalism, the globalized economy, and liberal individualism—that he believes have profoundly influenced today’s emerging adults.

But he says that “middle-level institutions,” such as schools and colleges, can do a much better job of promoting moral thinking and responsible, healthy, and respectful lifestyles among their students. Those of us who work on college campuses might wish he had said a bit more about what colleges could do. Although Catholic University of America announced last year that it is, for reasons of moral prudence, returning to single-sex dorms, most colleges are headed in the opposite direction—adopting a policy of “gender-neutral” dorm room assignment whereby members of the opposite sex can room together. Co-ed dorms were already bad enough—representing, as the novelist Tom Wolfe observed, the cultural insanity of putting males and females in 24-hour proximity at a time when the hormones are at full flood.

Those of us active in the growing national and international character education movement should find Smith’s book an encouragement to craft the kind of deep character education, as Kevin Ryan calls for in MercatorNet (October 14), that not only trains virtuous habits but also develops less individualistic moral reasoning and a nobler vision of life purpose.

But most of all, Lost in Transition challenges all of us to take responsibility for doing everything we can at “the micro-level of social life.” Families, he says, can be much more intentional about their values, commitments, and lifestyles. For starters, they can spend less time watching TV and more time eating together, talking with each other, and volunteering in their communities.

Smith might have added—and this will strike many readers as a serious omission—that, as a society, we can do much more to help hold marriages and families together. We now have a mountain of evidence, marshaled by scholars such as Judith Wallerstein, Barbara Dafoe Whitehead, and David Blankenhorn and increasingly acknowledged across the ideological spectrum, that documents the psychic maiming of large numbers of children and adults by divorce. Many of the young adult problems Smith describes are, to no small extent, traceable to broken and often fatherless families.

Smith also urges adult friends and relatives of young people to stay in touch with young people as they move into their 20s, thereby helping to mentor their transition to mature adulthood. Faith communities can also do more to maintain ties to young adults. Similarly, nonreligious voluntary organizations can do more to actively reach out to emerging adults to get them civically engaged. Lost in Transition offers these paths to a more positive future in only brief and broad strokes, but Smith makes no apologies for that. The first and crucial step toward correcting our cultural problems, he points out, is to speak the truth about them.

One thing I found missing from Smith’s prescriptions: what young people might do themselves.

While recognizing that culture shapes character, it would be a mistake to slip into the sort of sociological determinism that casts young adults simply as victims of failed social institutions and macrosocial forces beyond their control. Even in a rotten moral culture, as Smith would be the first to agree, a great many young people can think clearly, choose not to get drunk or stoned, live a chaste life style, volunteer in their communities, and aspire to make a positive difference in the world.

We want to send the message that all young people can make such choices. All can choose to be the chief architects of their character. We do well to remind them of what Anne Frank said: “Parents can put their children on the right path, but the final forming of a person’s character lies in their own hands.”

Indeed, young people have often been in the forefront of social change that renews our moral culture. As I was writing this review, I had the opportunity to watch “Freedom Riders,” an inspiring documentary on the mostly young persons, black and white, who risked their lives by traveling together on interstate buses through the then segregated deep South in the early days of the American civil rights movement. Their courageous non-violent protest moved the federal government to intervene, resulted in the first clear legal victory of the movement—facilities serving inter-state travel were subsequently integrated—and eventually helped to bring about the civil rights legislation banning racial segregation in all public places.

More recently, only three years after Christian Smith’s team concluded their interviews in 2008, the world witnessed the “Arab spring” and “Occupy” movements, both led and supported in no small measure by young adults Whatever our politics, we can recognize in these social movements the capacity of idealistic youth—perhaps far from a majority of their age-mates but a potent force nonetheless—to challenge all of us to confront the injustices that continue to plague humankind, and to recommit to bringing greater freedom, respect for human dignity, and social and economic justice to all corners of the globe.

Those are the same goals that Pope Benedict and other moral and spiritual leaders have repeatedly set before us. The young people involved in the recent calls to conscience are, I think, an example of the “broader horizon” that Smith says was largely missing in the young adults he studied in 2008.

In the end, as Smith says, looking at emerging adults and the state of today’s culture confronts us with core existential questions: What are humans? What is our ultimate purpose? Mere material comfort, or something higher? It is far from clear that we have the collective will, on the scale that is needed, to rise from a media-driven, pleasure-centered culture to a more transcendent vision of the human enterprise.

But there are hopeful global stirrings. And we can thank Smith and his colleagues for taking the measure of our collective challenge and encouraging us to tackle the task.

Part I of this series:What’s the matter with today’s emerging adults? Part II: An accurate picture of youth?

Thomas Lickona is a developmental psychologist and professor of education at the State University of New York at Cortland, where he founded and directs the Center for the 4th and 5th Rs (Respect and Responsibility; www.cortland.edu/character). He has written or edited nine books on moral development and character education including Raising Good Children, Educating for Character, and Smart & Good High Schools. He has appeared on ABC’s “Good Morning America”, “The Larry King Live Radio Show,” National Public Radio, and Focus on the Family. He can be reached at lickona@cortland.edu

Thomas Lickona (www.thomaslickona.com) is the author of nine books on character development and directs the Center for the 4th and 5th... More by Thomas Lickona