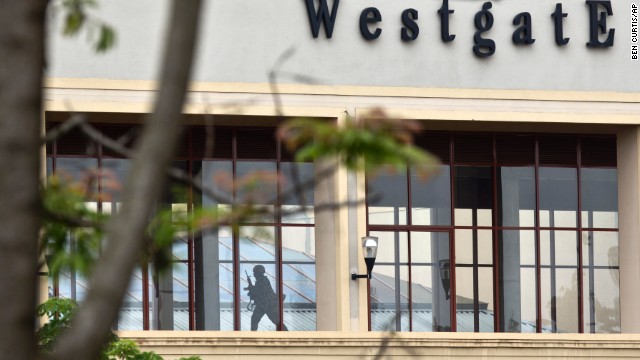 We in Kenya are still struggling to come to terms with this difficult hour in our history. It is difficult if not impossible to understand terrorism. There is something so irrational and inhuman about it that it borders on the diabolic. It breaks the moulds of our normal modes of behaviour and our usual thought categories. We are used to battle lines being drawn clearly in civilian-free open spaces or in war trenches; but when the battle front is shifted to the doorstep and hallways of a recreational facility like a shopping mall, even the most nonchalant cannot escape being thrown into some sort of panic-attack. We are used to thinking of self-preservation as the most basic human instinct; but when we see terrorists defiantly defying death by voluntarily immolating themselves, we are jarred by such a blatant disregard for the legitimate love of oneself. Men of faith have been coming to win us over with gentleness and eloquence; but when they come to us acting in God’s name with such brusqueness and violence we are left wondering which kind of faith or trust can be engendered by such threats. These and more are the kind of thoughts and reactions provoked by acts of terrorism such as the one we witnessed barely a week ago in the Westgate shopping mall.

The first (and we hoped last) time one of these devastating terrorist attacks took place in Kenya was in August of 1998 when the American Embassy (located in the CBD) was bombed. Al Qaeda insurgents claimed responsibility. By the time we were witnessing the likes of 9/11, we were slowly becoming acquainted with the wild extremes terrorists can resort to as a means of instilling fear in others. The Westgate siege in Nairobi was as unexpected as all the rest. This time round it was Al-Shabaab – a Somali based, Al-Qaeda-linked militant group – who claimed responsibility.

Somalia borders Kenya to the east. By and large and limiting ourselves to events of recent history, Somalia’s socio-political situation has always been volatile. Since the overthrow in early 1990s of the regime led by the dictator General Mohamed Siad Barre, Somalia has been without a functioning government. When in 2006, an acute shortage of food affected the countries in the Horn of Africa (Somalia, Djibouti, Ethiopia and northeastern Kenya), hoards of refugees infiltrated the border through the Kenya-Somalia border. Somalia was the most affected of the four countries and it was at about this time (and given the absence of an effective national government), that Al-Shabaab started making their presence felt in the horn region.

Al-Shabaab took over Somalia and imposed their despotic rule on the hapless Somalis who with their nomadic lifestyle and comparatively simpler weapons were no match for the highly organized Al-Shabaab. It might strike many who follow western media as strange but Al-Shabaab are treated as unwelcome “guests” in Somalia. Most Somalis have been outraged by Al-Shabaab’s brutal reaction to traditional Somali Sufism (Islamic mysticism), including their desecration of the graves of local ancestors whom they venerate as saints.

For as long as Al-Shabaab militants have been in Somalia, there has been intense international and local Somali “peacemaking” activity, at immense expense. In October 2011, a coordinated operation between the Somali and Kenyan military began against Al-Shabaab insurgents. The mission was officially led by the Somali army, with the Kenyan forces providing a supporting role. By September 29th 2012, the insurgents had officially been kicked out of their last major stronghold in Kismayo – a port city in southern Somalia. A little less than a year after the Kismayo take-over, the Westgate tragedy took place. The Al-Shabaab spokesperson claimed that the Westgate attack was a revenge mission and a clear warning directed at the Kenya Defense Forces to pull out of Kismayo.

Considering some of the terrorists escaped during the three day siege, numerous threats are still hanging in the air. Even though many Kenyans are putting on brave faces and going about their normal business, deep down these things leave scars and alter the psyche in ways we cannot immediately detect. They affect the way we relate to ordinary life. Ordinary activities like walking in town, going shopping or using a matatu (minibus for public transportation) easily become suspect. Acts of terrorism affect the way we relate to others; e.g. the mere sight of a bearded man in a kanzu (flowing robe) unconsciously becomes an occasion for harboring xenophobic sentiments.

Looking at the situation from a more positive point of view, those days of darkness and terror did not fail to bring out other distinctively human qualities – the kind that make up legendary tales; indeed it is often at such moments that those qualities shine brightest. During the four-day siege, the story is told of a four-year-old British boy who survived the shopping mall attack after confronting a gunman. According to the boy’s uncle who has given an interview to a UK newspaper, after apparently seeing his mother shot in the thigh, the young boy is said to have told off the gunman shouting “you’re a bad man, let us leave”. Incredibly the gunman took pity on the boy and his six-year-old sister, giving the pair a Mars bar each, asking for forgiveness and allowing them and their mother to leave the chaotic shopping mall in the middle of the terror attack.

It sounds almost ridiculous that all it took to tame a bully were the fiercely sincere words of a 4 year old. The words of that child’s reached a depth in the heart of that brutal man which no amount of bullets from the Kenya Defense Forces could penetrate. Children are pure and good by nature and so they naturally act without guile. I think that it is precisely such unpretentious and childlike deeds that wake us up to the fact that it is really and truly possible to confront and “disarm” terrorists. It is my earnest wish that if ever a monument is to be built in honor of the Westgate victims, this “David and Goliath moment” should be immortalized with a sculpture in marble or bronze.

Al-Shabaab means striving youth in Arabic. Most of the young men recruited into this outfit are vulnerable and wounded youngsters who wittingly or unwittingly allow themselves to be taken in by false ideologies masquerading as truth. Terrorist groups are headed and funded by evil ideologues who take advantage of the natural idealism of young men (and women) to accomplish their selfish ends… and they are evil, more so because they (mis)use religion to further these very evil ends.

The Westgate attack is a call to counter destructive evil, not with angst and hatred, but with creative good for otherwise we risk being suffocated by terror and drowned in fear. The more they destroy the more we construct. It is also a call to sharpen our apologetic skills and purify our consciences in readiness for dialogue. As a matter of fact, it is at this level that we should construct any preemptive safeguards against future attacks because if there is one thing that terrorism has taught us, it is that the whole world is a battlefield.

Robert Odero is a staff member of Strathmore School in Nairobi, Kenya. More by Robert Odero