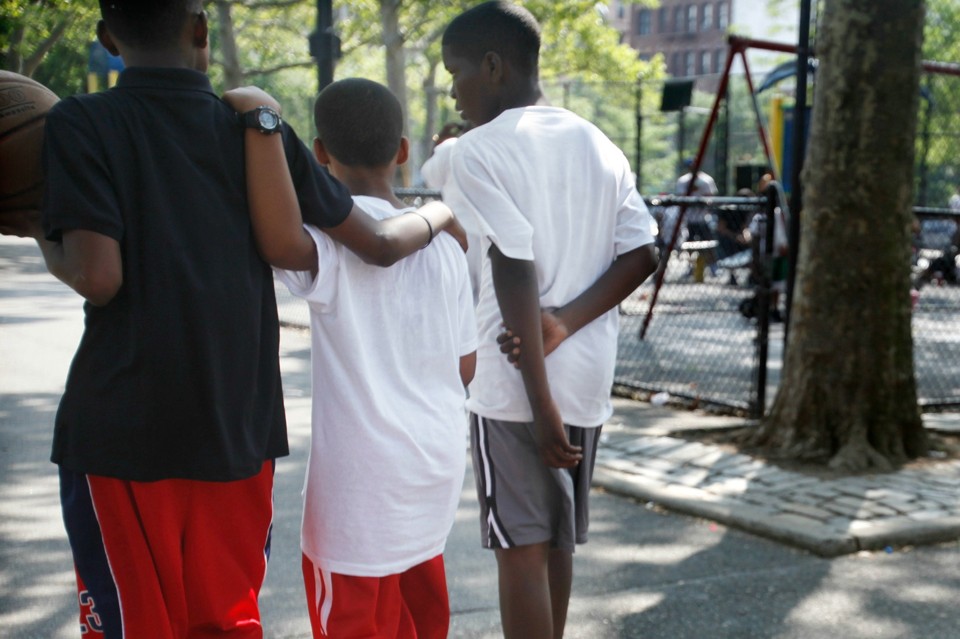 Bebeto Matthews / AP via The Atlantic

Another day, another story in big media about the oppression of transgender persons. Amanda Russo writes in the New York Times about the suffering she endured three years ago transitioning while working at a call centre.

Luckily for Amanda, publishers are so interested in the tiny percentage of people like her that she got a book deal and was able to write a young adult novel about it (good sales in schools); and the federal government is so concerned about their toilet traumas that it has ordered all the public schools in the country to accommodate their preferences.

If only another group of marginalised Americans could get attention like that. According to the LGBT think tank the Williams Institute, there could be about 700,000 transgender Americans or 0.3 percent of the population. Could be. Nobody really knows.

But here’s a real – and shocking – statistic: among the 38 million young men in the US between the ages of 18 and 34, no less than five million are out of work and another million are in prison. That’s a total of 16 percent, or nearly one in every six men in that age group. And who cares? Nothing about them on the Times front page today.

Perhaps the government sort of cares, because it was the Congressional Budget Office (CBO) that issued the report documenting this growth in male marginalisation over the last 35 years – up from 11 percent in 1980. No-one will be surprised to learn that young black men constitute a majority of this alienated population.

The causes of so many young men landing on the scrapheap are well rehearsed, some of them driving the popularity of Donald Trump. The CBO report points to:

Federal and state policies: a drop in military employment, disincentives like “crackdowns on the earnings of deadbeat dads” and increased welfare spending. Higher minimum wages in some states may have reduced job availability. Tougher sentencing rules have made incarceration rates about four times as high as they were in 1980.

The report also refers to a lack of “cognitive and noncognitive skills” among the jobless. And here we come closer to the root causes of their problems. They are missing out on education, as everyone knows, but also on “such ‘soft skills’ as diligence, punctuality and teamwork” – in other words, on the things they would learn in a good family, if they had one. The things that would also help their education.

And there’s the rub. Since Daniel Patrick Moynihan identified a crisis in the black family back in 1965 the problem has only got worse. In a recent study of 87 mostly black men in four Midwestern Responsible Fatherhood programmes (that is, men who want to be better fathers) only 22 percent of them were currently living with any of their children. David Lapp of the Institute for Family Studies reports:

The challenges they have had to overcome, from childhood onward, are astonishing. Over two-thirds of the 87 men grew up without their fathers. About 20 percent said they had never met their father, or had met him only in their teens or as adults.  The absence weighed heavily on these men’s minds. One father found it hard to talk about: it was a “touchy subject because it kind of makes my eyes swell up.” Another father said, “I remember periods of time … where I’m like, ‘Damn! Where’s my dad at? Where’s my dad at?’ My dad’s in prison or my dad’s in jail.”

Some fathers remember watching a parent or stepparent abuse drugs and alcohol, and the times that their dads beat their moms. They describe abuse at the hands of biological fathers and stepfathers. Most of the men remembered moms who were supportive and present, and some recalled grandmothers and aunts who took them in. But even one father whose mom worked hard to support the family recalled a childhood without much guidance: “So, TV raised us. The streets raised me. My mom had to work all the time. She was just there to beat my ass if she found out…. So my guidance was just nonexistent.”

No wonder that 95 percent of those men had been arrested at least once and 78 percent convicted of a crime, that 75 percent of them were either unemployed or made less than $500 a month.

Now there’s a story to get upset about, a story to get the government and publishing industry energised. Could the media stop hanging around the nation’s public bathrooms and tackle a problem that is ruining the lives of millions of people: the breakdown of the family?

Could President Obama take time out from rallying the LGBT vote for Hillary Clinton and get his administration to issue an edict about improving the educational experience of boys? Not a handful of transgender kids who have a problem with school bathrooms, but millions of young males who face a life of unemployment, prison and loneliness.

Or are the very notions of “the family” and “men” too hopelessly old-fashioned for the political elite and opinion makers? One thing is certain: they cannot champion a gender revolution and look after families and men at the same time.