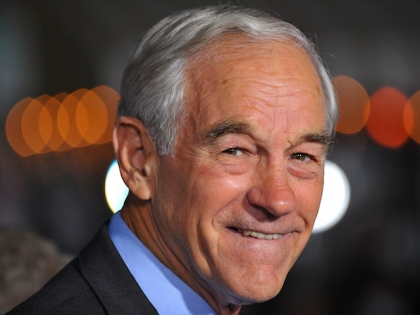 He shouldn’t be an ‘also ran’ or even an afterthought. And he’s not being taken as one, at least by those who realize the importance and strength of the candidate’s following.

I’ve been saying for a while now that whoever wins the GOP nomination had better take Ron Paul and his followers, more like a movement, seriously. I’m staring to hear news pundits say something similar. Like the political analyst on one of the networks who noted “Ron Paul’s campaign is about $2 million in the black. And he’ll probably have a role in the convention on the platform.” Good for him. He deserves it.

All the GOP contenders should have a voice in hammering out the platform and policies on the issues, social and fiscal, domestic and foreign.

But Ron Paul is that sure and steady candidate still actively campaigning in order to keep his message in the forum. And it’s being heard.

If forcing his philosophy into the mainstream is the benchmark, Paul can claim victory. Listening to his rivals in the Republican debates demand that the Fed be audited and the Departments of Energy and Education be shuttered, it’s clear that many of Paul’s positions, once considered extreme, are now Republican talking points. Paul’s influence outweighs his low poll rankings and back-of-the-pack primary returns.

“Our time has come,” says Paul, tempering the display of optimism. “It’s still going to be a knock-down, dragged-out fight.”

Paul leaves behind a small army of brawlers itching to take up the battle in his name. This election year, at least 65 of his supporters are campaigning for local, state, or national office in 23 states. They join more than a dozen Paul acolytes who won elections in 2010…

Usually, “when a candidate drops out, the followers go too,” says Aaron Libby, a 29-year-old Maine blueberry farmer and Paul die-hard who was elected to the state legislature in 2010. “They were following a candidate; we are following a movement.”

And he keeps going, consistent in his views and positively persistent in his determination to make a difference not just in politics, but mainly in government.

“He has very fresh ideas and I think it’s easier, as you build your own philosophy, to accept those things,” Gonzalez said. “I can only speak for myself and my chapter members. We really like the fact that Ron Paul is just a really down to earth and honest man. That is so rare in politics.”

I had the opportunity to interview Dr. Paul recently and appreciated his frank and sincere views on the unquestionable beginning of human life at conception, and the human rights of each life. That noble simplicity has, or should have, a role in his party’s future.