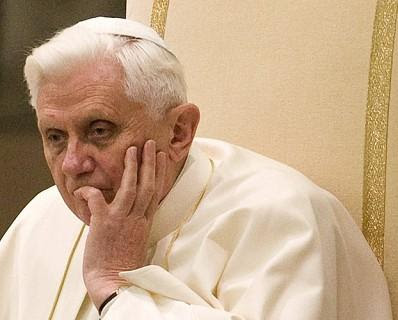 The crisis in and about the Catholic Church playing out so publicly right now has been referred to in this space and elsewhere as a ‘war’, whether it’s secularism vs. religion or the media vs. the Church. In most war, two opposing camps circle the wagons and fire at each other. In this one, free agents are doing their own reconnaissance missions and reporting their findings.

A few of their recent posts…

Wall Street Journalist Peggy Noonan calls it “The Catholic Church’s Catastrophe,” and it’s a mixed review. Both media and the Catholic Church and the deserve credit, she says, and she makes some good points. But let’s take a closer look…

“Thou art Peter, and upon this rock I will build my church, and the gates of hell shall not prevail against it.” That is Mathew 16:18, of course, Christ’s great promise to his church. Catholics in the pews have been repeating it a lot lately as they—we—absorb the latest round of scandal stories. “The old church will survive.” But we see more clearly than church leaders the damage the scandals have done.

Before this goes any further, a quick aside…That passage is often cited, but usually defensively. In fact, gates keep out and hold back, they don’t attack. Thus if “the gates shall not prevail against” the church, that casts the church in the role of moving forward to crash the gates of hell, if you will. But without further digression, back to the chuch scandal…

It is an actual catastrophe, a rolling catastrophe that became public first in the United States, now in Europe. It has lowered the standing, reputation and authority of the church. This will have implications down the road.

The goal that some observers have ascribed to those who aggressively attack the pope and the church is to discredit and destroy its moral authority. Stating this is a catastrophe that has, de facto, “lowered the standing, reputation and authority of the church” is an opinion in this opinion piece that concedes a debatable point.

But an irrefutable point Noonan makes is that the press have played a pivotal role, for which the Boston Globe won “a justly deserved Pulitzer Prize for public service,” in breaking the story of the preist abuse scandal.

Some blame the scandals on Pope Benedict XVI. But Joseph Ratzinger is the man who, weeks before his accession to the papacy five years ago, spoke blisteringly on Good Friday of the “filth” in the church. Days later on the streets of Rome, the Italian newspaper La Stampa reported, Cardinal Ratzinger bumped into a curial monsignor who chided him for his sharp words. The cardinal replied, “You weren’t born yesterday, you understand what I’m talking about, you know what it means. We priests. We priests!” The most reliable commentary on Pope Benedict’s role in the scandals came from John Allen of the National Catholic Reporter, who argues that once Benedict came to fully understand the scope of the crisis, in 2003, he made the church’s first real progress toward coming to grips with it.

Nonetheless, the transcript of CNN’s (ironically named) ‘Reliable Sources’ shows that the reporter who broke the story is willing to fall on the sword to defend her version of it.

HOWIE KURTZ, CNN ANCHOR:  Laurie Goodstein, how did you come to examine this case — this priest in Wisconsin, Father Lawrence Murphy?  Did somebody bring the story to you? …

LAURIE GOODSTEIN, NEW YORK TIMES:… I found this one by, you know, calling many sources.  And spoke to an attorney who has handled a lot of lawsuits against the church.

And he said to me, “I have some interesting documents I think you might want to look at.”

No kidding. As many observers have pointed out, including Bishop William Lori, Attorney Jeffrey Anderson, who has make a lucrative business suing the Church, stood to gain a great deal in his lawsuit against the Vatican by timing the release of longstanding documents to the media when he did.

The CNN show made unsubstantiated and even false allegations in this roundtable, especially regarding the Milwaukee case of Fr. Lawrence Murphy, almost completely eliminating the considerable and damaging role Archbishop Rembert Weakland played in that ordeal. The CNN transcript referred to the response of (the questionably phonetic spelling of) “Tricia Weekland”. So much for ‘Reliable Sources.’

There are many things to say both about her column and about what’s going on in the media and in the Church (and what the media says is going on isn’t quite the story). But what sticks out from Ms. Dowd’s column today is this closing line: “How can we maintain that faith when our leaders are unworthy of it?”

Reading that line made me jump right back to this, also from her column today: “The priest was always a revered figure, the embodiment of Christ changing water into wine. (Older parishioners took it literally.)”

If the pope himself were possessed, if every priest and religious were evildoers, there would still be Christ and there would still be the fact — which, if you’re Catholic, you believe to be true, or so claiming to be Catholic suggests — that He died for your sins. If the pope were corrupt, I’d like to think I’d still have faith. It’s not the human leaders with free will who are at the heart of the faith — and the Church — but the Eucharist, literally.

Mercifully, evil has not overtaken the pope or the Church. And the Catholic Church is not dying. There have been crimes. There are sins. But much of what is being reported on does not always live up to its billing. And the solutions pundits present are not all that they think they are.

For one thing, celibacy is not the problem…In truth, the problems that have led to all kinds of “filth” — to use the former Cardinal Ratzinger’s term of disgust for crimes and sins that he was made aware of while a cardinal at the Vatican and did not tolerate — and breakdown in so many American and other seminaries and dioceses stem from issues of integrity and fidelity, not the existence of celibacy.

She doesn’t fault Maureen Dowd for a delinquent education in a ‘Catholic’ university in earlier times.

All of these crimes, sins, and confusions are fruits of Catholics not being Catholic. Fidelity is the key to renewal, integrity, faith, hope, and love. And while being the father of fraternal correction, crackdown, and cleanup, Pope Benedict XVI, in word and deed, is teaching and modeling what exactly being Catholic means to a few generations who haven’t been clear on it.

And clarity is threatening to a camp that advances on a strategy of obfuscation.