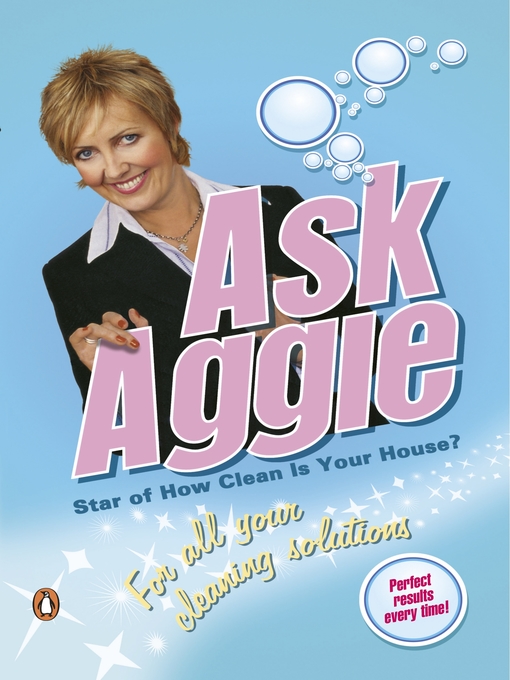 Feeling guilty about the dishes you left in the sink this
morning? The cupboards you never get around to cleaning out? The dust piling up under the
bed that is difficult to move? Maybe you need to tune
into a conference on professional approaches to housework opening in London
today (March 17) and listen to famous British Dirt Detective Aggie MacKenzie talking about the
dark underbelly of 21st century housekeeping — and what to do about it.

But first you can read Aggie’s interview with MercatorNet, in which the presenter of
the internationally popular UK television series, How Clean Is Your House, discusses the importance of a clean and
tidy home to the self-esteem of adults and the security of children.

The conference, Sustainable
Living: Professional Approaches to Housework, is the third in a series
organised by the Home
Renaissance Foundation and aimed at renewing the culture of the home. You
can follow it on CoveritLive
or on Twitter: @HRFLondon.

MercatorNet: Isn’t
cleanliness a bourgeois value that we got rid of in the 1960s? Don’t we have
better things to do today than keep our houses spic and span?

Aggie MacKenzie: There
are many important things we have to do today and we should not get obsessed
with housework. But keeping a clean and tidy house is certainly not bourgeois.
In days gone by dirt was a social taboo among working class families,
especially in Scotland where I come from. My goodness, if you didn’t have your
washing on the line by noon you were regarded as a trollop. There was a lot of
social pressure involved and a fear of criticism, however, which could make
things uncomfortable at home. We have to strike a balance between what makes a
home both healthy and happy.

The homes we dealt with on our TV show were at the other
extreme. Some would not have been touched for years, decades even, and were
full of harmful bacteria — listeria in the fridge, grime everywhere. There
were people with permanent coughs, skin infections. On the whole, the people
living in these houses had built up an immunity to the bacteria, but it was
very dangerous for anyone visiting. We had a microbiologist with us on site who
warned us that we should all be wearing masks. After cleaning one house — it
was filled with junk brought home from a landfill — we were all ill and on
antibiotics.

How do people get
into such a state?

Basically it reflects people’s psychological state. These
are often people who have been emotionally deprived in childhood and have a sense
that they don’t deserve anything better. In other cases things spiral down
because of bereavement, debt, bankruptcy and other circumstances. Inside these
people are a mess and this expresses itself in the disorder around them.

It comes to the point where, although they hate what is
happening and want to make a move, they are simply incapable of doing it by
themselves. That is why people were willing to volunteer for our show,
sometimes at the prompting of relatives or friends.

There was a mother of three children, for example, who was
always out doing charity work because she could not bear the state of her
house. But after we went in she began to see how she could bring order into it
again. She got everyone organised, joined a slimming club and started a college
course, and she told us that everyone at home was much happier.

Is this a problem of
the poor, or does it affect middleclass people too?

Absolutely it affects the middleclass. It is not gender
specific either. It is much more about what is in the head than what is in
their bank account. Middleclass people, however, may be better at hiding what
is going on at home. The fact that a person is well groomed, shoes polished and
confident looking does not necessarily tell you what is going on behind their
door.

Has it always been
like this, with a minority of people losing their grip, or has there been a
general slide in standards of cleanliness — and if so, why?

I think there has been a cultural change that we haven’t
quite come to terms with. In my mother’s day, looking after the house was her
job — keeping it clean, putting wholesome food on the table. Now, because
women — including myself — want to have jobs outside the home, and because
the cost of housing pretty well makes it necessary for them to have a paid job,
we have new priorities: jobs, families, social life, getting food on the table…
and something has to give, often housework. And because we feel a residual
guilt about not being at home, we would rather leave it to the cleaner who
comes in once a week than nag the children about doing jobs around the house.

But then we set off a cycle whereby children are growing up
not knowing anything about these domestic skills. We have got to start kids
very young learning the benefits of being well organised and having pride in a
home that is clean and well ordered. And they should learn that everyone in the
house needs to muck in, so to speak!

Oh, definitely. It’s one thing children really need in order
to feel safe and happy. My mother was probably too clean and tidy, but we
certainly had that sense of security that comes from knowing where things are
and when things are going to happen — that plus a warm house, good home-cooked
food and clean clothes to put on in the morning.

A friend who is a social worker was trying to help a single
mother with two children. Their house was in chaos and their lives unstructured
in every way. When she asked the eight-year-old girl, How would you like your
life to be? She answered, I would like Kim (my co-presenter) and Aggie to come
here and sort us out.

A chaotic home not only makes children feel insecure, it
also isolates them from other children. They might sleep over at a friend’s
home but they can’t reciprocate. They see how other homes are and they are
ashamed to bring anyone to their place. They can carry around a sense of shame
at being part of that family.

So what is the key to
getting the right balance between having things ship-shape and being able to
relax at home?

I think one factor is having interests outside the home, so
that you don’t get fanatical about having everything just-so and resent people
coming in and messing it up. Also, everyone in the home needs to be involved in
looking after it, and everyone should feel they can invite their friends in —
there will be a relaxed atmosphere and a bit of food in the cupboard. The door
will be open and it will be somewhere people want to come.

All this is something people have to learn in the family.
Without family life everything falls apart. And the more you give the children
when they are young the more they will carry with them through their lives. I
can’t say that I have always done it well, but that is what I have learned.

none More by Aggie MacKenzie