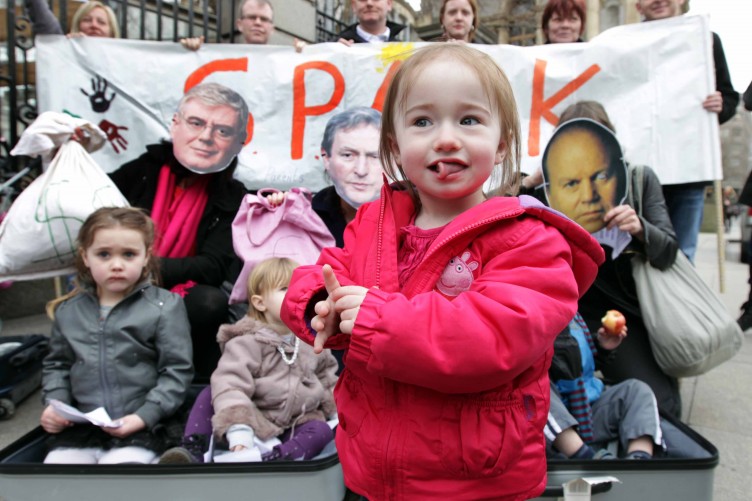 We have seen it in the United States, Canada and Europe: the growing marriage gap between those at the top of the socio-economic ladder and those at the bottom. Now we find that it has appeared in Ireland as well. In a new report called Mind the Gap the Iona Institute shows that well-off are marrying at twice the rate of the poor and struggling classes in Irish society. In this Q&A David Quinn, Director of Iona, explains what is behind the trend in his country.

Q. Some of us have viewed recent changes in Irish society with dismay: notably the 60/40 embrace of same-sex marriage and the constant agitation for legalised abortion. Now comes your report on marriage showing that this traditionally Catholic country has a marriage rate lower than Sweden’s and on a par with the historically low rates in the UK and America. Is Ireland, to quote W B Yeats, “utterly changed” when it comes to family values?

A. Ireland is becoming a typical Western country in many different ways. Overall we are becoming as individualistic as other Western societies. The ties that bind and commit us to each other have been weakened. This obviously affects family life. ‘Autonomy’ and ‘choice’ are now the dominant values among many people, especially young people. We can see at work in the abortion debate. The right to life of the unborn child is increasingly being overshadowed by belief in the ‘right to choose’.

A. It is largely a matter of Ireland ‘catching up’, certainly. Cohabitation is a sort of half-way house between being single and being married. It is a sort of ‘commitment-lite’, which suits an age which places such a huge premium on personal freedom. A lot of the time, mind you, cohabitation is a prelude to marriage instead of being an alternative to it. In countries like Sweden, cohabitation is often a substitute for marriage, that is, the cohabiting couples have no intention of ever marrying because they don’t believe in marriage and don’t see the point of it. We are not there yet.

A broader point is this; what we see at work here is the way in which norms change and how rapidly they can change. Once, there was social pressure to marry if a couple wanted to live together. Now, the social pressure works the other way. It is now considered foolish if a couple do not ‘try each other out’ first.  ‘Choice’ is often an illusion. I’m increasingly convinced that people in many cases don’t so much makes choices as obey norms. Again, to take the abortion example, why do the overwhelming majority of people who are told their baby will have Down Syndrome abort the baby rather than let it live? It’s because there is now a very strong expectation that they should opt for abortion.

Q. The fact is, as your report shows, that Ireland is very much like the rest of the West in that marriage is increasingly a class affair – still going strong in upper socio-economic layers of society but in steep decline further down the social scale – with serious implications for poverty and the wellbeing of children. Are the same factors at work as elsewhere, such as education and employment gaps between men and women? Decline of religion?

A. The ’marriage gap’ between upper and lower income groups in Ireland is two-to-one. This really is a ‘marriage equality’ issue. Why is it that twice as many people in the upper income group are likely to be married compared with people in the lowest income group? What is getting in the way of those on low incomes? I think two things have conspired with each other to bring about the present situation. One is that the social pressure on couples to marry rather than simply move in together is more or less gone, especially in Working Class areas. The second is that, for men in particular, lacking good economic prospects greatly diminishes your chances of marrying. Among large sections of the Irish Working Class there is a lack of well paid, permanent jobs. The Welfare State steps in here, but someone who is dependent on welfare long-term doesn’t have good prospects almost by definition.

Middle Class people by contrast usually have much better economic prospects, and although the Middle Class have also imbibed strongly individualistic values, they are ‘traditional’ in one very important respect; they might cohabit, but they almost always marry before having children. So they know marriage is important. The pity is that they won’t let the rest of society in on this ‘secret’.

Q. You note that Ireland is doing better than comparable countries in one area: the divorce/separation rate. Can you suggest why that is?

A. There is actually no clear answer to this question. It has not been properly researched. Maybe one reason is that you have to be separated for several years before you can divorce. Maybe there is a still something of the traditional ‘commitment to commitment’ left over. However, the number of couples who have experienced a broken marriage has nonetheless increased hugely from 40,000 adults in 1986 to 250,000 by 2011.

Q. What proportion of children in Ireland are growing up without their dads? is this regarded as an important issue?

Well, about 35pc of children are born outside marriage in Ireland, up from around 5pc in 1980. About half of children born to unmarried mothers are born to a cohabiting couple and the rest to a ‘partnerless’ mother.

One major study shows that over time, many unmarried mothers lose contact with the fathers of their children. We don’t know exactly how many children have little or no contact with their fathers but it certainly runs into the tens of thousands and they are over-concentrated in deprived areas.

However, not enough attention is paid to this phenomenon because people are often scared they will be called ‘judgemental’. This is partly a legacy of how harshly single mothers were treated in the past in Ireland as elsewhere. Nonetheless, we ought to be able to agree that it’s a good thing if children have regular contact with a good father and, of course, marriage provides the best chance of achieving this because in the vast majority of cases a married man will be living under the same roof as his wife and children.

I’m not even going to quote here studies about the benefits of having a father. We should simply be able to agree as a matter of general principle that children deserve to have a good relationship with the two people who brought them into the world. This also benefits the mother. If the father is a good man, why wouldn’t she want this? But a highly individualistic age has made it easier for people to walk away from their responsibilities in the name of ‘freedom’.

Q. Is poverty an issue in Ireland? Is Iona the first to highlight the correlation with marriage decline?

A. Poverty is an issue in Ireland like in other countries. Our poverty rate is not out of line with the EU average. But we are certainly the first organization here to properly point to the marriage gap and its connection to income and class.

Q. Apart from their boots-and-all support for same-sex marriage, are politicians showing any interest in promoting and supporting marriage as a social good?

David Quinn is the director of the Iona Institute and is a columnist with The Irish Independent and The Irish Catholic.