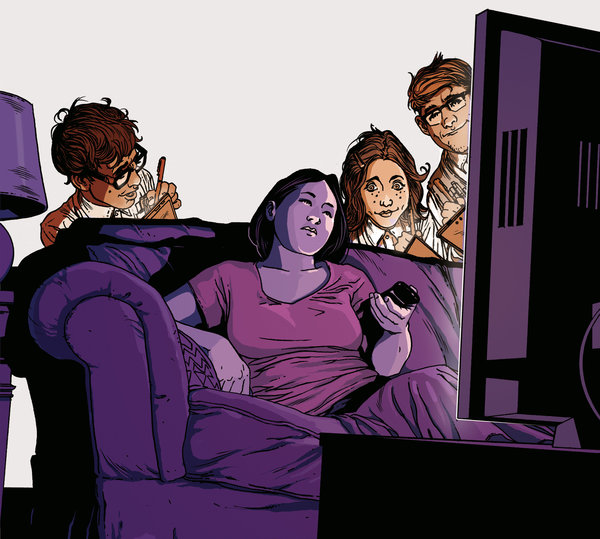 Outrage that surveillance by US intelligence agencies is turning America into Big Brother may be missing the point. Certainly the extent of government intrusion is completely unexpected. Thus far officials in the Obama Administration have argued that internet snooping is necessary, effective, legal and harmless for anyone who is harmless. But not even President Obama’s allies are convinced.

A bipartisan group of 26 senators has written to the US director of national intelligence, James Clapper, complaining that the Administration is collecting massive amounts of data on US citizens and has been misleading the public.

What do they fear?

First of all, collecting phone records because these can “reveal personal relationships, family medical issues, political and religious affiliations, and a variety of other private personal information. This is particularly true if these records are collected in a manner that includes cell phone locational data, effectively turning Americans’ cell phones into tracking devices.”

Second, other kinds of records, such as “credit card purchases, pharmacy records, library records, firearm sales records, financial information, and a range of other sensitive subjects.”

There is something slightly Casablanca-ish about the Senators’ surprise. In the words of Captain Louis Renault, “I’m shocked, shocked to find that gambling is going on in here.” True, the NSA’s desire to vacuum up the world’s information can easily be seen as sinister.

But Americans (and everyone else) are surrendering their data freely, every minute of every day, to corporations like Google and Facebook. In fact, their life’s blood is vacuuming as much marketable data as possible out of the internet dandruff we leave as we surf through the internet. As for phone records, 87 percent of American adults are using a mobile phone which transmits their location to their apps.

The goal of these companies is to merge big data with personal data so that they can sell us products. In this environment, the intrusion of government surveillance is inevitable. It’s not fair that Google knows more about the world than we do, the intelligence community must be thinking.

The amount of global data is expected to increase by 2,000 percent by 2020. This will make it possible for companies not only to know what we are doing, but what we will be doing. According to a recent report on big data by MIT’s Technology Review, Microsoft researchers have shown that there is an 80 percent probability of predicting a person’s approximate location 80 weeks in advance.

Target, the big US retailer, has gathered enough information about its regular customers that it “knows” when a woman becomes pregnant even before her friends do from her purchases. Then the company starts sending discrete advertisements for baby products.

But the premier example of how intrusive the private sector has become is Barack Obama’s 2012 reelection campaign. According to stories which are now emerging in the media, clever analysts discovered how to tailor advertising to very small demographics by using information which is freely available on the internet.

One important technique was leveraging the million people who signed into the Obama campaign website through Facebook. They were asked for permission to scan through their friends, their photos, their personal information and their news feeds. Most agreed.

Then Obama’s data-miners trawled through Facebook looking for close friends (not just Facebook friends). They compared this list to a list of “persuadable” voters from election rolls. The result was a list of 15 million voters in swing states who could be swung to the President’s side.

Then this list was compared to rich, detailed data gathered by a company called Rentrak about what TV shows these 15 million people were watching. This allowed the Obama campaign to pinpoint advertisements for swing voters on their favourite cable TV shows. It was far cheaper than buying slots on prime-time TV.

This was an amazingly sophisticated achievement which completely outfoxed the Republicans. The Romney campaign had focused more on blanket TV advertisements and opinion polling. But the new campaign methods, according to the author of a new book about it, The Victory Lab, Sasha Issenberg, “enabled a presidential candidate to view the electorate the way local candidates do: as a collection of people who make up a more perfect union, each of them approachable on his or her terms, their changing levels of support and enthusiasm open to measurement and, thus, to respect.”

This, of course, is marketing twaddle. It was no more personal and respectful than Target’s advertisements for baby lotion. But its supporters, like advertising departments the world over, describe it in reverential terms. “It feels as if technology has empowered people and given politics back its soul,” says Joe Trippi, a brilliant Democrat strategist who has organised campaigns in the US and overseas.

But after Edward Snowden’s revelations, the thought of politicians trawling through Facebook photos in search of tagged friends feels pretty creepy. The argument that democracy is reinvigorated by scraping together as much data as possible about voters is hollow and self-serving.

In fact, NSA surveillance may be less objectionable. At least it are not using our freely given data to make money. Obama’s whizz kids have set up a company, Analytics Media Group, and are selling their wizardry to Las Vegas casinos. “It was not lost on the Obama strategists that the ‘change’ they were talking about was not the kind ‘you can believe in’ but rather the kind you can put in a slot machine”, the New York Times observed sardonically.

“You never want a serious crisis to go to waste,” said Rahm Emanuel, an Obama aide who has gone on to become mayor of Chicago. The crisis of privacy sparked by Edward Snowden’s leaks is more than a political scandal. It is a crisis of our society. In a modern economy supported by vast government bureaucracies and powered by the internet we have no choice but to sacrifice some of our privacy. Now is the time to determine why we value our privacy, how much it is worth to us and what safeguards are necessary. There are no easy answers, but privacy has clearly become one of the great moral issues of our time.