The following article appeared in the New Zealand Herald this morning after several days of outrage over a small group of boys who behaved the way they’ve seen somewhere — perhaps in a videogame. 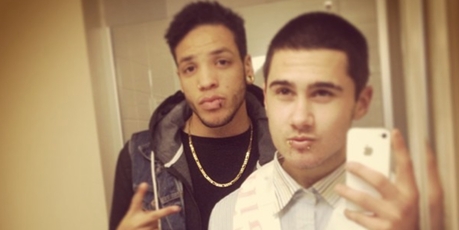 This week the Roast Busters sparked outrage across the globe. When I heard about the group of young Auckland boys who sought gratification and entertainment by luring drunk girls – some of them underage – into group sex and then bragged about their conquests on Facebook, I was saddened and disgusted. I was unfortunately not surprised.

A misogynistic culture in our society has spawned the perfect breeding ground for this type of behaviour, but the blame does not lie solely with boys and men. There is a constant stream of explicit sexual images, not to say filth, which bombards them from every angle, for which we as a society must take responsibility.

It starts with daily media exposure to the sexualised female images used to sell anything from fast food to fast cars, normalising the objectification of women. When All Black Dan Carter appears stripped down to his underwear on giant billboards, at least the fact that he is wearing only underwear is relevant to the product being sold.

Some misogyny is custom-made for young men. The enormously popular Grand Theft Auto 5 video game portrays women pornographically and makes ridiculing and sexually harassing them part of the fun.

The latest Bond movie, Skyfall, where Bond sleeps with one of the female protagonists directly after finding out she is a victim of sex trafficking is a poignant example of contempt for women. This was one of the most misogynistic movies I have ever seen, and yet where was the outrage?

Then there’s Tinder, the new online dating (aka sex) app that facilitates casual sex and encourages a predatory mentality among young men who often gloat about the women they have slept with thanks to the app.

With this swipe-to-sex device we see society giving a free hand to those who encourage men to have an exploitative and dismissive attitude to women and to sex itself.

If we want to prevent young men from becoming sexual savages, we have to turn back the tide of pornography.

Research shows that when men view pornographic images of women, their brains respond in the same way that they do to inanimate objects and do not perceive the women as fully human. This, coupled with the fact that through the internet men have at their disposal on-demand graphic and sometimes violent displays of nudity and sexual encounters, means women are seen as instantly and continuously available for their gratification. The idea that sex should be an expression of commitment or that it has any consequences is completely absent from the cultural education of young men.

If some women do participate in or view pornography – allowing themselves to identify with women on screen – they become part of the problem.

I’m sure there are women out there who attend Crow’s parade, and who will tell me that they enjoy Bond-style sexism and “tindering” just as much as their male counterparts.

All this means is that you have been deceived into believing that your worth is about the same as that of a video game, an object for entertainment, and that you are contributing to the attitudes and culture which have spawned groups such as the Roast Busters and other copycat groups – boys who degrade and objectify girls for their own sick pleasure.

As we call for the Roast Busters to be brought to justice – as we must do – let us also examine the culture within which their actions took place.

How does our attitude to women and sex encourage such behaviour? And what can we do to change it?

Rachael Wong is an enrolled barrister and solictior who is studying for a masters degree in bioethics and health law through the University of Otago. She has also colloborated with organistions that seek to eliminate sexual exploitation of women and children, including Stop demand and Ecpat. She lives in Auckland, New Zealand.