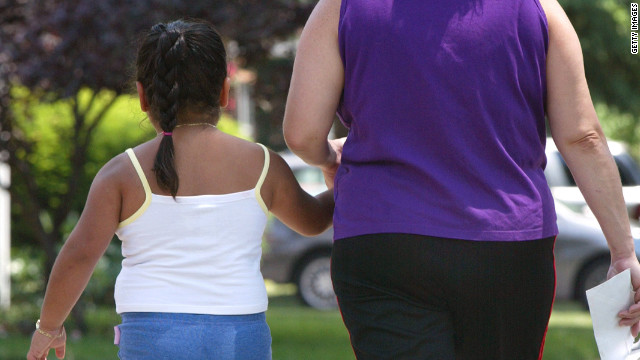 “The family environment is not able to overcome childhood obesity without governmental support,” a newly released EU-funded study has found.

News source EurActiv.com reports on the key findings, which include the fact that childhood obesity is much more prevalent in families of low-middle socioeconomic status. “Our findings clearly show that children from disadvantaged families are more often overweight and obese than those from more advantaged groups, so it’s vital that extra efforts are made to target those worst off with bold policies designed to offer them the support they need,” study coordinator Dr. Wolfgang Ahrens says. Obesity rates in European children are increasing, the story reports: 1 in 3 European children were obese in 2010, compared to 1 in 4 in 2008. Obesity-related illnesses also comprise about 7% of national health-budget spending across the EU, according to the 2014-2020 EU Action Plan on Childhood Obesity.

But in spite of this story’s opening claim, research reveals that “family environment” has much to do with the likelihood of child obesity, but in a way that the story fails to recognize.

With good reason, public-health officials have spared no effort in combatting the epidemic in childhood obesity, typically by advocating dietary reforms. If they attend to a study recently completed in Denmark, however, they may realize that they need to direct their energies in a new way. For this new Danish study makes it quite clear that children are physiologically prone to obesity if they are born in a fatherless home.

Completed by an international team of scholars from the University of Kansas in the United States and from Aarhus University and the University of Copenhagen in Denmark, this new study focuses on the way parental separation before the birth of a child affects that child’s likelihood of becoming overweight or obese. The researchers explain why they focus on early parental separation by invoking rather technical biochemistry: “Early parental separation,” they remark, “may be a stress factor causing a long-term alteration in the [child’s] hypothalamic-pituitary-adrenal-axis activity possibly impacting on the susceptibility to develop[ing] overweight and obesity.”

Compared to peers whose parents were living together, children whose parents lived separately before their birth were almost twice as likely to be overweight as 9-to-11-year-old children (Odds Ratio of 1.87). The researchers test the robustness of this finding by deploying a statistical model taking into account  maternal education, maternal pre-pregnancy B[ody]M[ass]I[ndex], maternal weight gain during preg-nancy, maternal age at birth of child, parity, the child’s gender, and breast-feeding status. But use of this model  “did not substantially change the estimates” of relative child vulnerability: in fact, in the sophisticated statistical model, the Odds Ratio dividing children whose parents had separated before their birth from children whose parents lived together actually grew slightly, coming in at 2.29 in the statistically adjusted model.

The effect of parental separation stands out even more clearly when the researchers look specifically at the risk of children’s becoming so overweight that they are classified as obese: compared to peers whose parents were living together when they were born, Danish children whose parents had separated were three times as likely to be obese as 9-to-11-year-olds (Odds Ratio of 3.13; Adjusted Odds Ratio of 2.81).

The authors of the new study recognize that their findings put them “in line with other studies.” In particular, they point to “two longitudinal studies involving American children [that] also addressed the effects of parental separation, but later in the life of the child.” Both of these American studies identified parental separation as a predictor of children’s weight problems. What is new about this study focusing on Danish children is its focus on children whose parents were already separated at the time of their birth. Quite plausibly, the researchers interpret their findings as evidence of “a fetal programming effect due to prenatal moderate stress exposure.”

The very possibility of such a “fetal programming effect” might give public-health officials pause. For such an effect may render futile attempts to fight child obesity simply by changing children’s diet. Whether they are waging their war against childhood obesity in Copenhagen or Chicago, public-health officials may need to start thinking less about what children eat and more about whether children live with both parents.