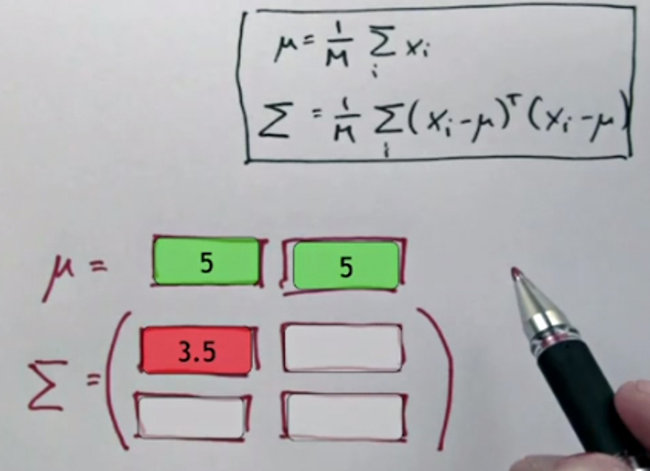 Part of a lesson for computer science students in a Massive Open Online Course.

MOOCs (Massive Open Online Courses) are available globally, at least in principle, and free – even when available from name universities such as Stanford and MIT.

The phenomenon first took root roughly around 2007 when

Five years ago, George Siemens started a MOOC on what was happening in open education, hoping to do for teaching what M.I.T.’s OpenCourseWare had done for content: it attracted 2,300 participants, with a syllabus translated into several languages. Mr. Siemens, a professor at Athabasca University, a publicly-supported online Canadian institution, said it was quickly apparent that the format created distinctive social networks, as students carried on wide-ranging discussions on their own. (2013)

Technology enabled the move, but didn’t drive it. From Forbes,

When MOOCs first started, their proponents, like Stanford artificial-intelligence professor Sebastian Thrun, expressed grand hopes. My colleague George Anders wrote a wonderful cover story about Thrun a year and a half ago, describing how Thrun saw MOOCs as the start of a teaching revolution where the world’s best professors would run interactive online classes that would reach hundreds of thousands of students around the world. To attract students, Thrun wanted the earliest classes to be offered for free. His company, Udacity, would make money down the line by charging small fees. He and other MOOC pioneers saw the courses as a democratizing force in higher education, possibly offering, say, a master’s degree for as little as $100. MOOCs would break down economic, geographic, racial and gender barriers to higher education.

Free? Ah, of course, a catch:  As one MOOC list site explains, “some providers may charge for things like course completion certificates or exams.”

In short, if you are just browsing, it’s free.

If you want a credential from a reputable institution, standards come into play and that costs money. Some MOOC initiatives include  master’s degrees (See MIT’s half-MOOC program, for example).

The galloping cost of university is thought to be one driver of MOOCs’ popularity. Another may be the crises humanities faculties at universities increasingly find themselves in:  What is our role and who should determine it?  Non-combatants end up looking for off-site solutions to their own problems.

As implied above, there are two opinions about MOOCs. Some see them as a failure because, for example,

According to the research, conducted by Penn’s Graduate School of Education, only about half of the people who register for MOOCs even look at a single lecture, and an average of just 4% of enrollees complete the courses. In some classes, just 2% of students finish. The Penn research tracked 1 million students of 16 MOOCs offered by Penn professors through a for-profit company called Coursera.

It’s true. But so what? Where little is invested on either side, little is lost. The internet doesn’t compel those numbers; it merely makes them possible.

Other criticisms are that the courses mainly benefit people worldwide who can already access high tech. And that most MOOC users already have educational attainments so, despite the heady objectives, the courses are not reaching those most in need.

These accusations seem beside the point too. MOOCs don’t restrict computer access just by existing. They will help create a demand for more access.

It’s early days yet. The growing use of MOOCs in vocational training enables students to transition to higher skilled work, which may prove a more significant change agent than, say, equal access to courses in the Age of Disco or abstract art.

Then there is the fear that students may just be sitting alone at home in front of a screen. Sometimes, quite honestly, that is a solution and not a problem. Some subjects can only be mastered by intense concentration without distractions. Perhaps listening to a world expert at little or no expense. In any event, MOOCs are integrated with audited hands-on activities in one’s own community, when needed.

MOOCs may help improve teacher training. As noted in the Atlantic earlier this year, they may break down practical barriers such as, How can I find help for my specific problems, as opposed to merely satisfying a contractual obligation to take professional development courses?:

Teachers don’t seem to be “feeling” professional development at all. According to a 2009 study from the Center for Public Education, when asked about their experience in professional development, most of the teachers surveyed “reported that it was totally useless.” … A MOOC approach to professional development—having teachers watch and learn from other successful educators who are actually teaching—could help move these offerings past the status quo. … A pilot of the KDS model, according to Crawford, showed a 44 percent jump in competency among teachers who participated. “We’ve seen already that the interactive nature of the online experience, with sustained coaching and ongoing engagement, can really change everything about how we help teachers become teaching rock stars,” he said.

Here’s a complete list of MOOCs in a range of disciplines starting in the next 30 days. Registering with the list enables the user to leave reviews as well.

See also: Should we or someone we love go into debt for university?

Can online degrees help make education more accessible? We can find out in advance whether a degree is likely to form the basis of a career or just be an expensive labour of love.