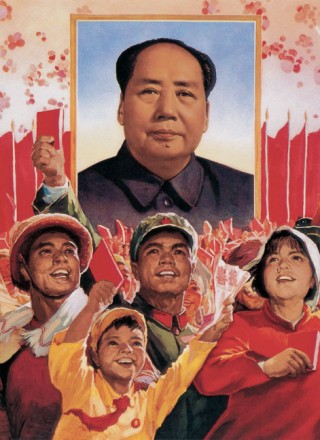 There have been some noises coming out of China recently
that the one child policy, introduced in 1979 to curb population growth, is on
the way out. Maybe not right away, but soon.

First, from The Australian newspaper,
there is a story of an unnamed official from China’s most populous province,
Guandong (in southern China).  This
official is making it known that Guandong has asked Beijing to allow couples
where just one parent is an only child to have a second baby.  I can understand the official’s reticence,
but the fact that he or she is prepared to come out in the Western media to say
such things perhaps gives an indication of the depth of feeling about this
issue? After all, I can imagine that implicitly criticising a current communist
government policy to the media is not the safest thing to do in China!

Secondly, in the China Daily, there is official
acknowledgement from government officials that the Government’s emphasis is
changing when it comes to population control.

Perhaps the Chinese Government is starting to worry
about the implications of a lack of an emerging workforce, as we have discussed earlier,
and so are shifting the country’s family planning policy. According to Li Bin,
minister of the National Population and Family Planning Commission, this:

“…will result in a greater focus on population management
than on quantity control, to improve people’s quality of life…”

This shift has been making news for a while now, and has
been reported on this fine blog before.

Zhao Baige, the vice-commissioner of Li
Bin’s commission, described the on-going change in strategy as “significant”
and “revolutionary”.


“We have to innovate in both our population strategy
and its implementation” to tackle such emerging problems as urbanization,
an aging population and declining fertility rates, she said.

Of course, these problems are as a direct result of the
Chinese state’s meddling in their people’s procreation in the first place.  This shift has also won the praise of the UN,
with Nobuko Horibe, director of the United Nations Population Fund Asia and Pacific
Regional Office, saying that the policy shift is necessary.

“It is in line with China’s changing demographics and
national interest. I think China is now ready for the shift.


“Everyone has the right to live and to realize their
potential. It is the government’s responsibility to provide the people with
suitable conditions,” Horibe said.

Apparently, this right to realise
their potential does not include having as many children as you like, but only
as many as the state will let you, but if that limit is going to be relaxed and
increased that is at least a start…

Zhao’s commission has expanded
services from just focussing on reproduction (and controlling/limiting it) to
after-birth health, early child development and giving young people access to
mental healthcare. Necessarily, care for the elderly is also being boosted as
well as public services for marginalised groups, such as migrants and families
left behind in rural areas.

All this talk of shifting in
emphasis is short on details and what this will mean for the average Chinese
rights to determine the size of their family is unclear. Furthermore, any
change will come about gradually as “the sheer size of the population will
remain a key factor in the nation’s social and economic development”.  With time, the lack of children replacing
those who are dying will mean that sheer size will cease to be the overriding
concern for China’s government.