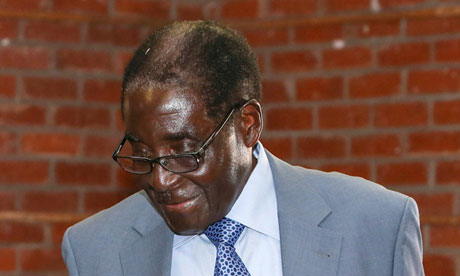 When Aung San Suu Kyi said this in 1990 during her famous “Freedom From Fear” speech she knew what she was talking about. She had spent almost 21 years under house arrest.

Why do the governing and the governed fear? Why do we, or they, get it wrong?

Why did Adolph Hitler, who was democratically elected by an overwhelming majority, had to stick to power for twelve years to the point of committing suicide, having driven Germany into murder, genocide, human experimentation and a devastating war with more than fifty million casualties?

Why should Benito Mussolini drive Italy into alliance with Hitler, stay in power for twenty-three years until Italy had been destroyed? His body was exposed after being shot and left to rot in Milan’s Piazzale Loreto.

Why did Nicolae Ceausescu stay in power for twenty-four years and kill thousands of Rumanians, leaving a country in ruins? It took only 90-minutes for a court martial to sentence him and his wife Elena to death by firing squad.

Why should Vladimir Lenin die in power after having killed a million people and left close to two hundred thousand in concentration camps?

What about Lenin’s successor Joseph Stalin? Twenty-five years in power and a death track record of twenty to thirty million people in a terror-police state.

Why did Franco rule Spain till death curtailing civil liberties for 36 years?

Why should Kim Il-sung and his son Kim Jong-il and his grandson Kim Jong-un be glued to power in North Korea?

What about those who were thrown out for having ruled or, rather, misruled for too long and died dejected lives in the midst of rotten foreign luxury: Mobutu, Idi Amin, Marcos?

All who entered power on high shoulders and demanded to be held on high for too long later came out under the sole of tired feet, trampled upon by the fatigue of their disgruntled populace. Is this not obvious?

Certainly, there is no straight answer. An infinite number of historical, social and personal variables come into play and shape each of these historical errors.

Many of them were inspired by radical and militant ideas; megalomania coupled with a team of pitiable and selfish collaborators.

It is the work of a good leader to be aware of these variables, be a fine listener, a keen observer and seek to be surrounded by collaborators of character, with a genuine desire for the common good.

That’s precisely where leadership breaks the monotony of mediocrity: By bringing in the right team to play.

Good leadership requires that rare mixture of maths and humanity: The math to know how to account for each day at the helm of a team, and the humanity to inspire others by one’s own example.

Dan Beerens puts it well when he writes:

Leadership is not about speed, ideas, efficiency, or power . . .

It is about knowing your own limitations and celebrating the gifts of others, it is growing in wisdom, understanding the number of our days, and seeking to understand rather than be understood.

It is caring for people, always hoping for, and expecting the best.

It is being brave enough to be vulnerable in front of others.

It is seeing the big picture of where things are, and building a road to the future with limited casualties.

It is helping each person to sing their song from the heart, and leading the band in praise to their Maker.

This is why for anyone who has studied a little bit of history it becomes an uphill task to understand why men like Museveni or Mugabe, who in the past were considered intelligent, valiant and heroic patriots of pure pedigree, should now insist on placing themselves on the wrong side of history.

Museveni is still redeemable. Mugabe is not.

Dr Luis Franceschi, LLB, LL.M, LL.D is Dean of Strathmore Law School. He is a law lecturer and legal advisor to several national and international government commissions and programmes. This article has been republished with permission.