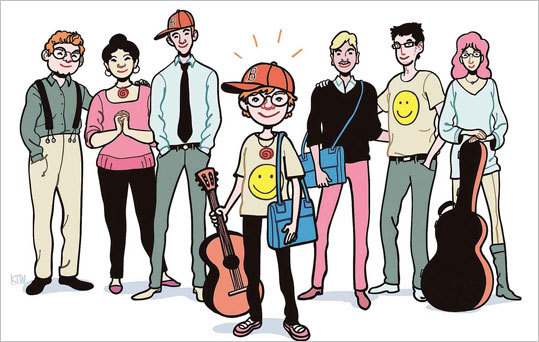 Recently
the issues surrounding same-sex relationships in which children are
involved
have expanded from whether two persons of the same sex can be legally
both
mother and father to whether or not legal parenthood can include more
than two
persons.

In
2007, courts in several jurisdictions ruled that three persons could be
legal
parents of one child. In one of the cases, a lesbian couple separated in
the
course of raising two children who were conceived in the 1990s using
donor
sperm from a friend of one of the couple. The biological father
continued to
visit from time to time as a father, however, and he contributed
voluntarily to
the support of his children. When the lesbian couple broke up, custody
was put
in issue between the women, and child support was put in issue for the
two noncustodial
persons in the arrangement. The
Pennsylvania
appellate
court ruled that in the circumstances, the trial
court correctly found the birth mother was better fit for primary
custody than
her ex-partner. It further ruled that the father and ex-partner should
have
visitation rights and that the father and the ex-partner were obligated
to pay
child support. The best interests of the children would be furthered by
this
result, the Court wrote.

In
other decisions, the best interests of the child or children were cited as
the reason for holding that the status of “parent” would be accorded to three
people. The circumstances in these cases indicated an ongoing role as parents
played by two women and a man, and to cut off the legal rights of one of them would
be detrimental to the children.

Such decisions are
sufficiently novel to allow the press to sensationalize them, as the Boston
Globe recently did with the headline, “Johnnie Has Two Mommies—and Four Dads.”

Law professors who
advocate gay rights have now issued calls in legal journals for legal
redefinitions of “parenthood” to address gender and the number of people who
are recognized as legal parents. See,
for example, a press release about the work of Susan Appleton, of Washington
University in St. Louis, Missouri, “Gender
Has No Place in the Legal Definition of Parenthood”.

Legislation is
needed, these academics contend, to bolster the legal foundation for ad hoc
court decisions on these topics. But there are considerable difficulties for
them to overcome in this enterprise. The most important of these is this: is
such a redefinition in the best interests of the children who are to be covered
by a proposed law?

When IVF and
surrogacy were perfected in humans in the late 1970s, the traditional concept
of parenthood was compromised. Many were the ways in which IVF and surrogacy
arrangements have gone awry. Over a quarter-century’s worth of cases have
resulted. A 2005 article in the Journal
of the Center for Families, Children and the Courts summarized the legal
results in California, where the process is as advanced as anywhere, in this
way: “Reproductive technologies have further deconstructed the traditional
definition of “family” by dividing parentage into three components—genetics,
gestation, and intent.” (J. Wald, “Legitimate Parents,” 2005 J. Ctr. Fam. 139,
143.)

The courts usually
say that the touchstone in these matters is the best interests of the child. But
where in “genetics, gestation, and intent” do we find the child’s best
interests? Attorney Wald found that the courts had subsumed them into “intent.”
As one case put it, “Honoring the plans and expectations of adults who will be
responsible for a child’s welfare is likely to correlate significantly with
positive outcomes for parents and children alike… [T]he interests of children,
particularly at the outset of their lives, are ‘[un]likely to run contrary to
those of adults who choose to bring them into being’.” (J. Wald, id. at 145,
146, quoting Johnson v. Calvert, 851 P.2d 776, 783 (Cal. 1993) [citation from
earlier law review article omitted].)

In some cases,
California courts simply wish away what is best for the child in terms of
stability, support, and care by sweeping the child’s interests under the rug of
what the adults in the situation desired when they initiated IVF and surrogacy
arrangements.

It is not going to
be so easy for legislators to do the same. Legislators must view the situation
as a matter of policy, considering many more factors than those in any one
particular case. Difficulties arise that preclude a simple assumption that the
best interests of children are aligned with the desires of the adults involved.

First, there is a
question whether social science research should be relied upon. Susan Appleton,
the Washington University law professor mentioned above, has made the
remarkable assertion that social science research should play little or no part
in the project. In other words, she says not to bother with what research might
indicate in respect to the best interests of the child. Why not? Because
“studies looking at sexuality, gender performance and family characteristics
are fraught with value judgment, and findings about overall wellbeing are often
met with counter-evidence, among other problems.”

This is a
remarkable example of throwing out the baby with the bath water. One should
always give scrutiny to the methods used to reach conclusions in social science
studies, just as in the hard sciences of biology and chemistry. But one does
not simply abdicate scientific study because sometimes it is done badly. It is
not easy to avoid the conclusion that the good professor simply does not like
research results that undercut her case.

What does the
professor propose to use in place of empirical research in order to find out
what the best interests of children might be? Her ideological commitments?
Religious beliefs? Something else? Her assertion appears as a type of
intellectual sour grapes, and it is puzzling that a great institution dedicated
to the primacy of reason and the discovery of truth—in fact, the home of one of
the best medical schools in the United States–trumpets it in a press release.

An example of how
the interests of adults can diverge from the best interests of children is
found in the 2010
case of a couple in Vancouver, British Columbia, who demanded that a surrogate
mother whom they had hired abort the baby when it was diagnosed with Down’s
Syndrome. The couple announced that they not support the child or have any contact
with him or her if she refused. The surrogate mother aborted.

Putting aside the
issue of how much “choice” was actually available to the surrogate mother in
regard to the abortion, there is also the issue of whether the biological
parents’ reaction to the news of Down’s Syndrome was in the best interests of
the child. If the child had been allowed to live, how could leaving the child
without any support and a stable two-parent family, as the biological parents
announced that they intended to do, be in the child’s best interests?
Legislation that simply ignores the difference between adults’ desires and
children’s needs is going to be cruel to children.

Finally, it is
debatable whether IVF and surrogacy can ever be in a child’s best interests. Recent
accounts have been published of IVF children searching for their genetic
fathers because they ache from a void in their psyche from not knowing their
antecedents. This is an unforeseen psychological problem that reaches far
deeper than the recent Hollywood movie, “The
Kids Are All Right,” might indicate.

Surrogacy has its
own dark side as well, starting with the commercializing of the process of
producing children. How commercialized can the production of children get? Try
outsourcing to India! Embryos
are being sent there from the US for implantation.

Although the right
to procreate has long been adjudicated as a federal constitutional right by
American courts, the right to procreate by means of IVF or through surrogacy
has not. More research is needed on whether it is beneficial from the viewpoint
of the children involved. And of course the research ought to be scrutinized
for bias and all the other infirmities to which social science is subject.

New legislative
attention to parenthood issues raised by IVF and surrogacy is certainly
appropriate, but the goal should not be ideological commitment to redefining
parenthood. Rather, legislators should ensure that the best interests of
children are truly served.