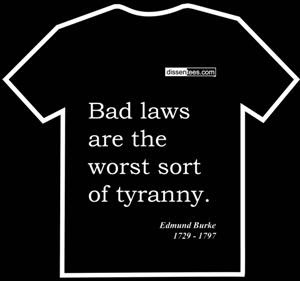 Brendan O’Neill really says it all in The Australian where he ruthlessly parses the whole gay marriage agenda. He tells us that this collapsing together of every human relationship under a mushy and meaningless redefinition of “marriage” is going to benefit no one – except the political elites who are  desperate to advertise their modernising zeal. In a kind of reductio ad absurdum, he lays bare the utter folly of this whole project. But will any of them listen? Common sense seems to have taken flight.

But O’Neill, self-proclaimed atheist who is, nevertheless, a well-known thorn in the side of the atheist establishment, also suggests that there is something sinister in this foolishness. Politicians, he thinks, are drawn to gay marriage because they recognise, subconsciously, that it gives them a route into that long-time no-go zone, the family.

If their agenda is realised the family which for centuries shielded people from the scrutiny of the state, “havens in a heartless world”, will no longer be so. O’Neill asks us rhetorically: Who could possibly oppose gay marriage? He tells us that these days only cranky men of the cloth come out in hives at the mention of it. Everyone else, liberal to conservative, thinks it is a fabulous idea. He continues:

In Britain, Tory Prime Minister David Cameron has become an active agitator for gay marriage. In Australia, despite Julia Gillard’s opposition to it, the Labor Party has embraced gay marriage in a “conscience vote”.

Across the Western world, backing gay marriage has become a way of advertising your moral decency and modernness. As one British columnist put it, only those in the grip of the “sickening plague of bigotry” could oppose it.

Well, at the risk of putting myself on the side of evil in this culture war, I must say I’m concerned about the drive for gay marriage.

Not for religious reasons (I’m an atheist) and certainly not from an anti-gay standpoint, but for classically liberal reasons – because I think the gay-marriage bandwagon is bad for heterosexual married couples, and for homosexual couples too.

It’s bad for those who are already married because it is part of an inexorable drive to throw open the institutions of marriage and the family to state snooping and bureaucratic remodelling.

There are many reasons why political actors, including conservative ones, have become cheerleaders for gay marriage. It’s partly about distancing themselves from what are now seen as stuffy traditions and demonstrating that they are modern. And it’s partly about cultivating a new constituency: being pro-gay marriage wins you a sympathetic ear from the influential opinion-forming classes.

But politicians are also drawn to gay marriage because they recognise, subconsciously, that it gives them a route into that long-time no-go zone of the family.

From the ferocious patriarchy of the Roman family to the idealised notion of the nuclear family in the 20th century, the institution of marriage and the units it gave rise to were considered deeply private.

They shielded people from the scrutiny of the state; they were “havens in a heartless world”, as Christopher Lasch put it. Where we’re all subject to moral regulations in the public sphere, through marriage, a public expression of commitment that gives rise to a private unit, people could fashion an institution in which they themselves created morality and forged relationships, free from state exertions.

Such was the power of sovereignty within the family that the rulers of society often borrowed from it to justify their authority.

Kings and prime ministers referred to themselves as “Father of the Nation” in a nod to the ideal of family sovereignty that enjoyed such authority down the centuries.

Of course, politicians often felt an urge to interfere in family and married life, being instinctively suspicious of institutions that provided cover from state prying. But they were never successful.

The drive for gay marriage could change that.

The attraction of gay marriage for politicians is it fits neatly with their turn from macro issues to micro ones, from finding solutions to big social problems to getting stuck into what the British Labour Party calls “the politics of behaviour”.

Today, politicians who aren’t very good at traditional politics have given up trying to transform society in favour of reshaping the relationships, lifestyles and attitudes of those who inhabit it. Their gay-marriage agitation is a central part of that.

The usefulness of gay marriage as a tool for attitude re-modification can be seen in the way it is being used to redefine relationships and families in bureaucratic terms. So Cameron’s consultation on gay marriage proposes erasing words such as “husband” and “wife” in official documentation and replacing them with “partner” or “spouse”.

This has already happened in Canada, where gay marriage became legal in 2005. There, the words husband and wife, even mother and father, have been airbrushed from official life, superseded by soulless terms such as “Parent 1” and “Parent 2”.

This is social engineering; the renaming of relationships to suit the prejudices of our rulers. It also acts as an invitation to yet more state interference. Allowing the state to redefine ancient, organic relationships is a short step from allowing it to police them.

The political thirst for gay marriage is underpinned by officialdom’s instinct to get a foot in the door of the family. It devalues marriage as it is currently constituted – in real life, not just in law – and, in a historically unprecedented step, it makes the sovereign of society into the sovereign of marriage and the family too.

The gay-marriage bandwagon isn’t bad only for married couples. It’s bad for gay couples too. For while it’s presented as a positive drive for equality, it is motored by a defensive clamour for state recognition of gay relationships.

A gay relationship is fundamentally one of romantic love, far more so than traditional marriage is (although that can have romance in it too, of course). But ours is an era that feels uncomfortable with romantic love, viewing it as naive, even as the site of abuse and harm. This means many homosexuals feel increasingly uncertain about their unions based on romance, on pure partnership, and feel compelled to wrap them in the legitimating comfort blanket of that respectable institution, marriage.

Underlying the gay-marriage debate is a relativistic reluctance to distinguish between different kinds of relationships. Gay love is fundamentally a relationship between two people. Traditional marriage is not. It is a union between a man and a woman that very often, through its creation and nurturing of a new generation, binds that man and woman to a great many others, to a community. It is an institution, not a partnership.

Collapsing together every human relationship under a mushy and meaningless redefinition of “marriage” benefits no one. Except the political elites, who are so desperate to advertise their modernising zeal they will ride roughshod over people’s identities if they think it will help them.