The Psalter of Henry VIII by unknown artist

I am writing this seventh article for MercatorNet’s series on Music and the Reformations in a cozy room at a Cambridge College. A few hours ago, I entered a beautiful ancient church in the city, where free coffee and cakes were kindly offered, together with the opportunity of exchanging a few words with the volunteers who organized the event. I had a lovely chat with two young parishioners, with whom we discussed – among other things – the features, issues and challenges of church music.

It looked as if most churches today are facing the same kinds of problems. In the field of liturgical music, some of the most pressing may be summarized as: how can we balance the need – felt by many people – for church music to “speak its own language” with the equally important need of creating a beautiful style of Church music, which seldom corresponds to the pop traits of most contemporary music?

It was precisely such questions that were at the core of the Anglican Reformation in the sixteenth century, and the various responses they elicited mirror very faithfully both the political uncertainties of the era and the genuinely religious concerns of the English Reformers.

As is well known, the liturgical and dogmatic changes in England were not driven primarily by churchmen – as they were in the Continental Reformations — but rather by the reigning sovereigns. This is not the place to rehearse the conjugal adventures of Henry VIII, which are common knowledge; indeed, it would be extremely reductive to equate the English Reformation with them. Yet it is undeniable that the peculiar shape taken by early Anglicanism was largely determined by the conflicting forces at work in English politics.

Henry VIII was passionate about music; a few compositions are even attributed to him (though with kings and queens, you never quite know). The musical tradition of his country was already well established in the sixteenth century, particularly in the numerous monasteries and cathedral churches scattered throughout England. There were idiomatic musical languages, such as the English faburden, which were known to be a unique trait of insular music, and which allowed even unlearned clerics to improvise polyphony in a simple and yet effective fashion. Courtly ceremonies were solemn and impressive, not least because Henry VIII had an amazing collection of musical instruments. 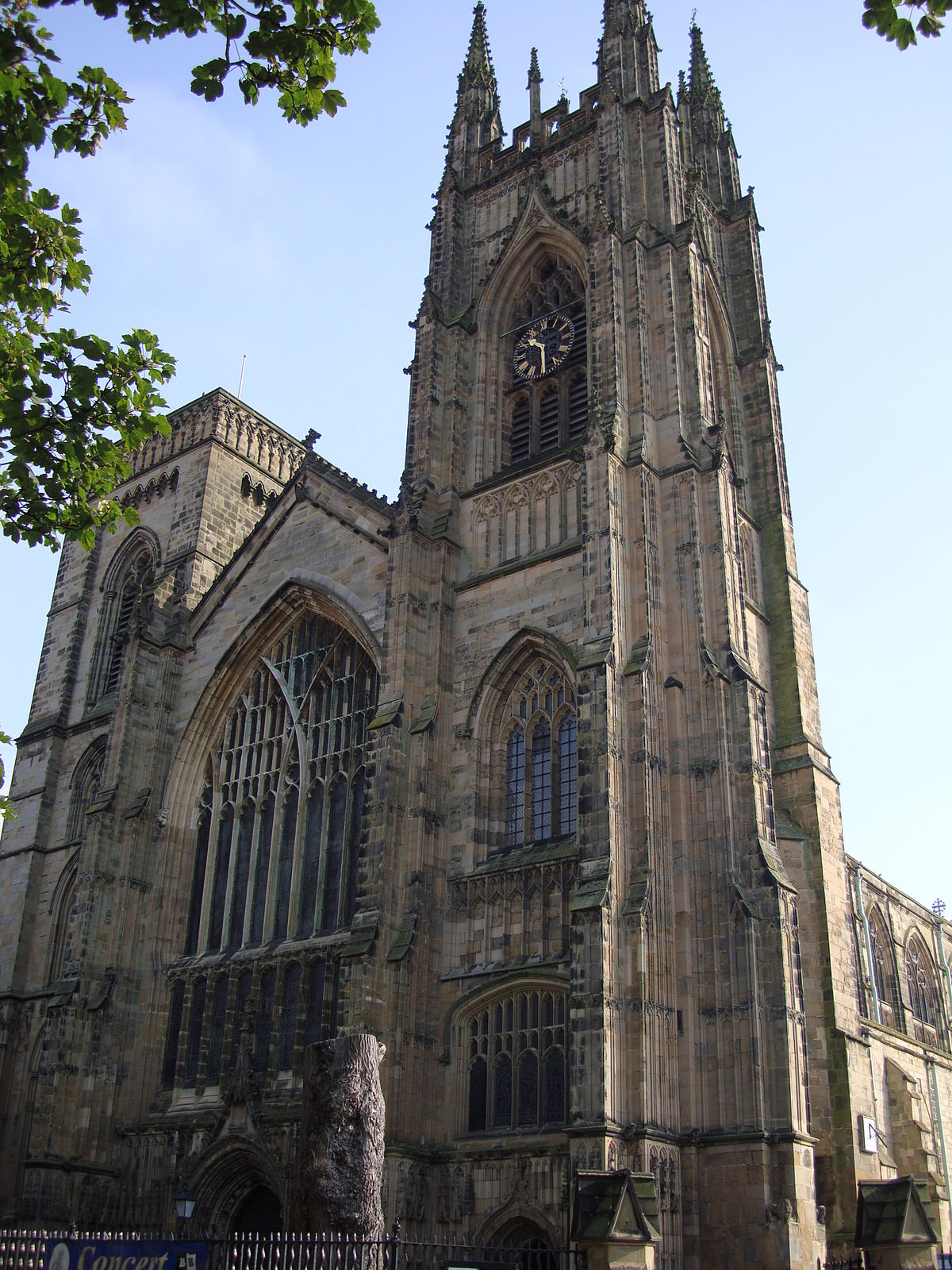 When the King declared the independence of the Church of England from Catholicism, it is very likely that his intentions about liturgical music were rather conservative; what he did immediately destroy, however, was the monastic tradition, which was deeply shaken by the dissolution of monasteries. Fortunately, a few of the major establishments survived, and maintained – to our day – the excellent and probably unrivalled quality of English choral music.

At the same time, however, the king’s religious counsellors were actively trying to give a more pronounced Evangelical perspective to the English Reformation; and this meant also the creation of a specific repertoire and the enactment of liturgical reforms. Various forces were at work: Lutheran influences were the first to penetrate England, particularly through the collections by Miles Coverdale. The appointment of some of the most important Strasbourg Reformers to theological chairs at the English Universities was equally crucial for the progressive establishment of Evangelical worship traditions in England.

At Henry VIII’s death, his young son was unlikely to have precise ideas as to liturgical matters; the relatively ineffective guidance he provided to the Church he was nominally leading allowed the most influential churchmen to take the situation into their own hands, and to shift the balance of church music from a style reminiscent of Catholic ceremonies to one much closer to the Genevan worship habits. Unexpectedly, however, the young king died, leaving the throne to his Catholic half-sister, Mary. For her, music was not only an essential feature of liturgy, but also a crucial element for the assertion of both her personal power and of the Catholic faith in general. Church music, thus, was the aural expression of the Catholic worship she reinstated.

Under her rule, the most fervent Evangelicals were forced to flee their home and country, and to seek refuge in the Continent – favouring, of course, those places where the Evangelical Reformations were established and flourishing. The English congregations worshipping in Geneva or Emden were both influenced by the Reformed liturgies they experienced there, and strengthened in their faith by the psalm-singing which became their distinctive trait. Feeling persecuted, the English exiles sought comfort in congregational prayer, and the Psalms provided them with an experience of intense prayer and deep consolation.

Mary’s reign lasted only five years; her half-sister, Elizabeth, once more brought a radical shift to confession and belief, reinstating the Anglican faith. Fortunately enough for music, she did not practise an extreme form of Protestantism – such as many former exiles would have gladly supported; she loved music, and she was keenly aware of how ceremonial music could represent a political and propagandistic weapon in her hands. Thus, even though the sacramental practice of Catholicism was modified, and the language of worship increasingly favoured the vernacular, psalmody never became the only form of sung worship, and instruments were never banned from Church music – as happened in Geneva and in other Reformed cities.

All this, of course, provoked tensions and difficulties, especially with the returning exiles, who rightly felt they were entitled to having their voice heard in liturgical matters, considering what they had suffered for their faith. Seeds of discontent such as these were going to lead to the Civil War in the following century. 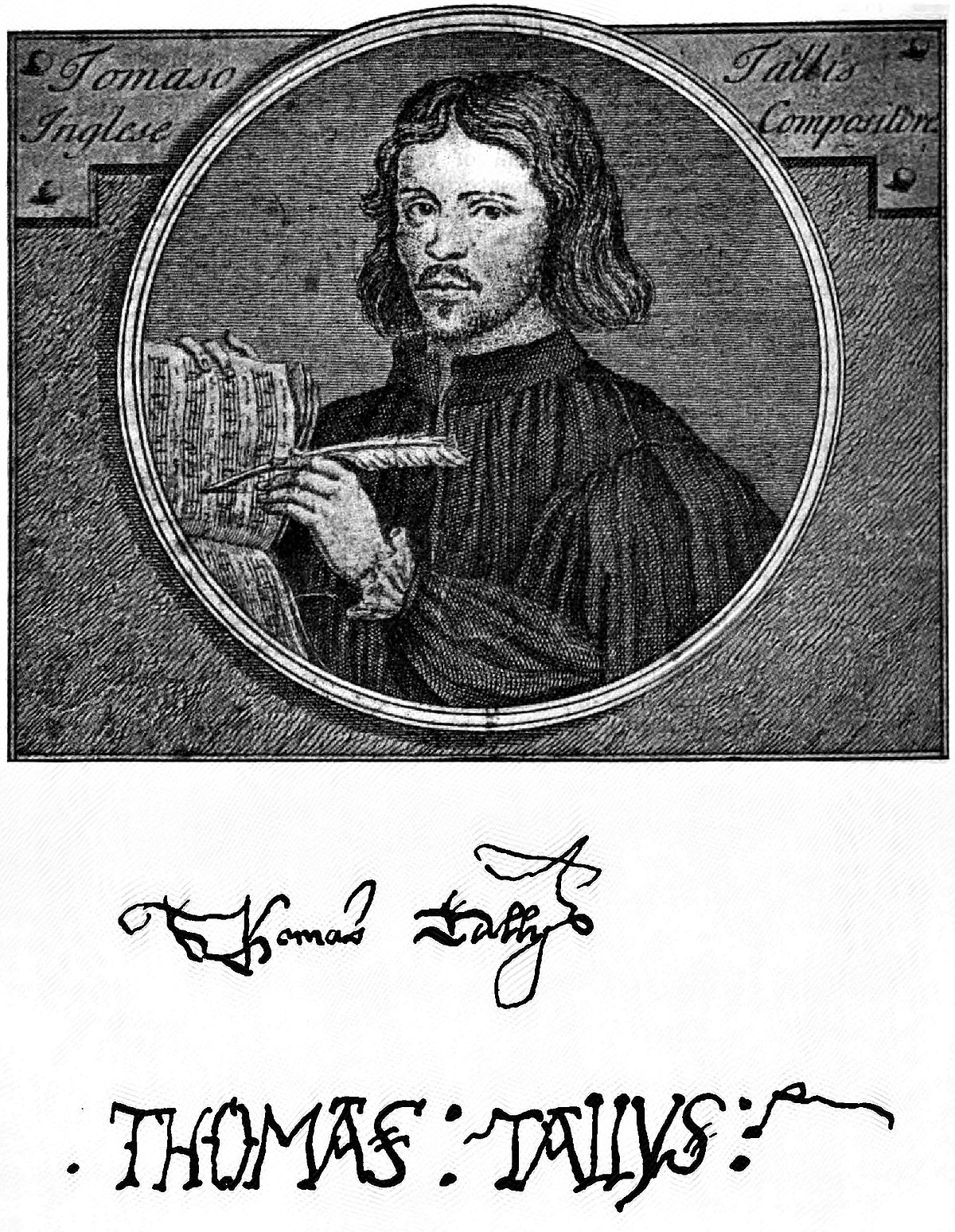 Nevertheless, sixteenth-century England finally settled to a unique and fascinating kind of musical worship, whose physical embodiment was the Book of Common Prayer. Its style tended to favour syllabic settings (one note for each syllable, no imitations and no complicated polyphony), though it did not ban more elaborate styles and instrumental music.

Interestingly enough, some of the greatest court composers of the era were Catholics: among them, William Byrd was a prominent example of staunch belief and active engagement in religious matters. This did not prevent him, together with Thomas Tallis, from creating the first true masterpieces of the Anglican repertoire, nor did it prevent the Queen from holding him in high esteem and from granting him important privileges.

While the first steps of the Anglican liturgy were very confusing for the ordinary parishioner and also for many church musicians, the shape it took towards the end of the century was destined to influence and determine to a very large extent the forms it would assume in the following centuries and until present-day.

Dr Chiara Bertoglio is a musician, a musicologist and a theologian writing from Italy. She is particularly interested in the relationships between music and the Christian faith, and has written several books on this subject. Her new book, Reforming Music: Music and the Religious Reformations of the Sixteenth Century, was published this month by De Gruyter. Visit her website.