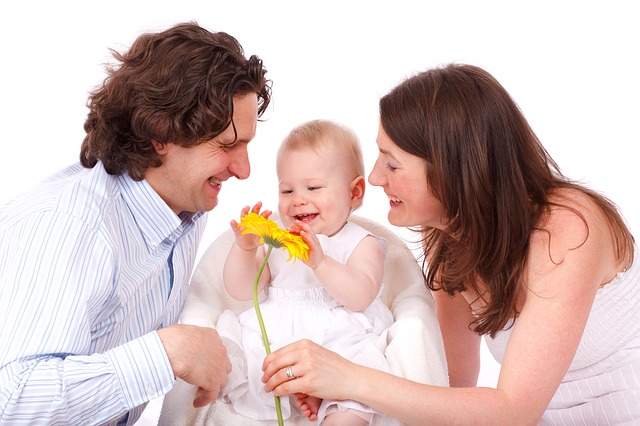 Breast cancer is the second most common cancer worldwide, with 1.7 million new cases in 2012. The World Health Organisation estimates that there are over half a million deaths from breast cancer per year, and that the annual death-toll will increase by more than 60 percent during the next 20 years. Any research that can suggest ways to reduce this burden on women and national health systems is to be welcomed.

Two recent studies have highlighted the protection given women by a first full-term pregnancy at a young age. One of these, by Swiss researchers, suggests that drugs could be developed to mimic this protection “without the need for teenage pregnancies” – in other words, without changing the trend of delayed motherhood.

The other study, by researchers from Georgia Regents University, looks at the genetic regulation of breast cancer formation. This is rather technical, but in an accompanying interview the authors point out some of the implications, including the protective effect of an early birth and the cancer risk involved in pregnancy loss and abortion.

Given the controversy over research showing an abortion-breast cancer link, the mention of abortion is a surprising admission. Perhaps that is why it is hidden away in an interview, where the researchers state, almost in passing, that:

“…there is an increased risk of breast cancer if the first pregnancy occurs after age 30 as well as in women who lose their baby during pregnancy or have an abortion.’”

“When the fetus is lost before term, immature cells that were destined to become breast cells, can more easily become cancer.”

The most remarkable aspect of this new research and associated interview is the apparent confirmation that abortion increases breast cancer risk, and the almost casual way in which this truth is acknowledged, as though everyone knows this association.

Last year I highlighted a large Chinese meta-analysis providing evidence of the controversial abortion-breast cancer link. The new research and acknowledgement puts the ball back into the court of those who deny any existence of a link.

So what does the new paper, DNMT1 is essential for mammary and cancer stem cell maintenance and tumorigenesis, actually find?

The paper looks at the genetic regulation of breast cancer formation. The authors found that the gene DNMT1, which is essential to maintaining the mammary stem cells that enable normal rapid growth of the breasts during pregnancy, also produces stem cells that may predispose to breast cancer. The same gene regulates another, ISL1, which is a tumour suppressor and control for stem cells.

The new research provides potentially useful findings for the understanding of, and treatment for, breast cancer, including offering a possible therapeutic target for breast cancer treatment. This is encouraging in itself.

Of particular interest, however, is what the authors say in their interview concerning the physical mechanism by which pregnancy loss and abortion could increase the risk of breast cancer, as well as the part that age plays in breast cancer risk:

“Mammary stem cells help maintain the breasts during puberty as well as pregnancy, both periods of dynamic breast cell growth. During pregnancy, breasts may generate 300 times more cells as they prepare for milk production. This mass production may also include tumor cells, a mutation that seems to increase with age,’ Thangaraju said. ‘When the fetus is lost before term, immature cells that were destined to become breast cells, can more easily become cancer,’ said Rajneesh Pathania, a GRU graduate student and the study’s first author. (emphasis added).

“While the exact reasons remain unclear, there is an increased risk of breast cancer if the first pregnancy occurs after age 30 as well as in women who lose their baby during pregnancy or have an abortion. Women who never have children also are at increased risk, while multiple term pregnancies further decrease the risk, according to the American Cancer Society.”

The possible existence of a link between induced abortion and a subsequent risk of developing breast cancer has been widely dismissed, including by the Royal College of Obstetricians and Gynaecologists in their 2011 report, “The care of women requesting induced abortion”:

“Women should be informed that induced abortion is not associated with an increase in breast cancer risk.” (emphasis added).

This is what women requesting an abortion are routinely told.

My earlier article has more background to the research into the abortion breast cancer link and debate. But it is worth noting again that the issue has always been highly controversial, despite the RCOG dismissal of any possible link.

Last year’s meta-analysis of 36 studies on abortion by Huang and colleagues also has to be taken into account. The authors concluded that induced abortion is significantly associated with an increased risk of breast cancer – by as much as 44 percent after one induced abortion and even more as the number of abortions increases.

I wonder how many women with an unwanted pregnancy would like to be informed that abortion is a known risk factor for breast cancer? Even though this is not yet universally accepted, every woman considering abortion surely has a right to know there is ongoing debate on this issue.

This is why CMF has produced a new, carefully researched, two-page briefing paper,  Abortion: Risks and Complications, outlining some of the risk factors for abortion. This is based solely on peer reviewed research findings. An informed choice is only truly possible if women have all the information on all the choices before them.

Philippa Taylor is Head of Public Policy at CMF. She has an MA in Bioethics from St Mary’s University College and a background in policy work on bioethics and family issues. An earlier version of this article appears on her blog.