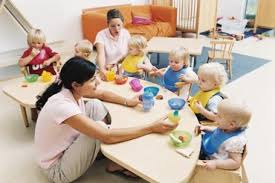 Here is something else from Canada: commentary by Andrea Mrozek of the Institute of Marriage and Family on recent childcare research which purports to show no negative overall effects of mothers working outside the home during the first year of life.

In response to local columns attempting to claim the research as proof positive that early childcare does not harm children, Mrozek explains that the picture is more complex than the authors’ spin suggests:

The very recent August 2010 First-year maternal employment and child development in the first 7 years actually says something similar. [But] … the (lengthy) verbiage around the research takes a different tone and does conclude in the abstract that the results of mothers of infants working outside the home are completely neutral. “Our SEM results indicate that, on average, the associations between 1st-year maternal employment and later cognitive, social, and emotional outcomes are neutral,” write the authors, “because negative effects, where present, are offset by positive effects.” (Brooks-Gunn, J., Han, W., & Waldfogel, J. August, 2010)

It turns out that effects vary according to whether the child is a boy or a girl, the child’s personality, the type of job a woman has and her income.

In short, the problem behaviours mentioned in prior research appear to remain. This is not quite the get out of jail free card that some media commentators were hoping for. Neither is there explanation for this seemingly contradictory result to the neutral conclusions of the abstract.