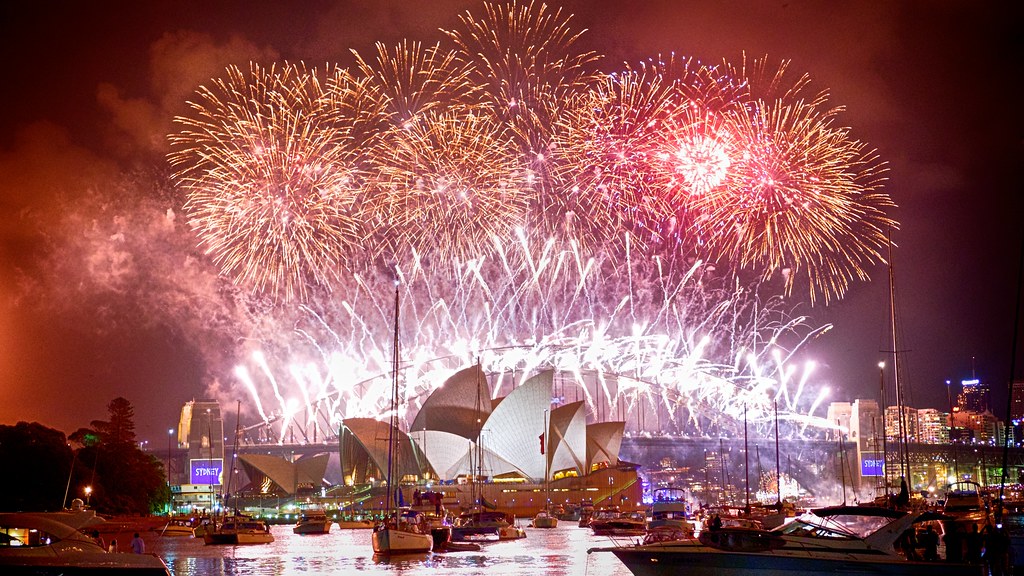 We wish each other a Happy New Year, but like “how are you?” uttered as a greeting, we hardly attach to the words their literal meaning.  Will this new year really be happier than the old one? Can we do anything to ensure happiness this year, or at least diminish unhappiness?

Happy New Year is a wish, but it is not a particularly heart-felt one. We make New Year’s resolutions, but most of us lack the resolve to truly let the new year be new; to make it a time of renewal, change, transformation.  It is not, after all, the year that needs renewing, but ourselves. It’s our own habits, faults, foibles, and flaws that cast a shadow over the old year. The new year won’t be any different unless we can find a way to be different.  As the Confucian classic The Great Learning states:

On the bathing tub of Tang, the following words were engraved:— “If you can one day renovate yourself, do so from day to day. Yea, let there be daily renovation.”

Renovating or renewing the self is a concept little understood or facilitated in our present society, let alone engraved on our bathtubs.

When asked at a party whether he was enjoying himself, George Bernard Shaw replied “that’s the only thing I am enjoying.” For most of us in life it is the other way around: we can blame circumstances, other people, cruel fate or daily drudgery but in the end the common factor in all our unhappiness, dissatisfaction, and complaint is we ourselves.  There is something amiss in the human psyche, and we are loathe to face it, let alone try to fix it.  We would happily renovate everything but ourselves, even to the point of hoping that the year itself will change for our benefit.

The great 17th Century philosopher and prodigy Blaise Pascal diagnosed our predicament in his Pensées, declaring:

I have discovered that all the unhappiness of men arises from one single fact, that they cannot stay quietly in their own chamber.

Pascal describes this ambivalence within the human heart with an insight and depth that only a truly unhappy and honestly introspective person could achieve:

They have a secret instinct which impels them to seek amusement and occupation abroad, and which arises from the sense of their constant unhappiness. They have another secret instinct, a remnant of the greatness of our original nature, which teaches them that happiness in reality consists only in rest, and not in stir. And of these two contrary instincts they form within themselves a confused idea, which hides itself from their view in the depths of their soul, inciting them to aim at rest through excitement, and always to fancy that the satisfaction which they have not will come to them, if, by surmounting whatever difficulties confront them, they can thereby open the door to rest.

These “contrary instincts” indicate a dichotomy or a duplicity in the human psyche; we do not know ourselves as we ought. Indeed, self-deception is key to Pascal’s analysis, as is ignorance of the secret instincts that drive us.  We are drawn toward a rest we cannot endure, and so distract ourselves with diversions and dubious accomplishments that cannot satisfy. Yet we remain unconscious of the motives behind this Sisyphean struggle:

Thus passes away all man’s life. Men seek rest in a struggle against difficulties; and when they have conquered these, rest becomes insufferable. For we think either of the misfortunes we have or of those which threaten us. And even if we should see ourselves sufficiently sheltered on all sides, weariness of its own accord would not fail to arise from the depths of the heart wherein it has its natural roots, and to fill the mind with its poison. Thus so wretched is man that he would weary even without any cause for weariness from the peculiar state of his disposition; and so frivolous is he, that, though full of a thousand reasons for weariness, the least thing, such as playing billiards or hitting a ball, is sufficient to amuse him.

We cannot sit quietly in our own rooms, because the experience of life without diversions is painful to us. Yet sitting quietly is painful in prime because we have never done it, and so it hurts like any new or infrequent exertion to which we are unaccustomed.  We are spiritually unfit, and the effort burns worse than physical exercise after years of sedentation.  If we are to make a truly new year resolution, perhaps we should start with spiritual exercise rather than the usual physical sort?

Otherwise what we are praying for when we wish each other a Happy New Year is little more than a better set of distractions and a finer balance of conquerable struggles.  We don’t really want to stop playing Pascal’s game. We don’t want to learn to sit quietly in our chamber. We don’t truly want to be at rest.

“Quiet sitting” is in fact the name of a Neo-Confucian spiritual discipline designed to counter the excrescences of the human psyche and return us to a state of natural simplicity.  Comparable to the stage of recollection in Christian contemplative prayer, quiet sitting reverses the typical outward flow of our attention and energies, slowing the pace of life and disengaging from the distractions and frivolities that otherwise would occupy our minds.

The purpose of sitting quietly is to cultivate oneself, a feat The Great Learning places in the following sequence:

The practice of quiet sitting provides a context for cultivation of the person and its antecedents, most importantly the development of sincerity.  As the commentary explains:

What is meant by “making the thoughts sincere,” is the allowing no self-deception, as when we hate a bad smell, and as when we love what is beautiful. This is called self-enjoyment. Therefore, the superior man must be watchful over himself when he is alone.

The Protestant missionary and 19th Century translator James Legge interpreted this sincerity in a Biblical context as “an admonition about equivalent to that of Solomon,– ‘Keep thy heart with all diligence, for out of it are the issues of life’.”

Self-deception is indeed at the heart of Pascal’s diagnosis:

Their error does not lie in seeking excitement, if they seek it only as a diversion; the evil is that they seek it as if the possession of the objects of their quest would make them really happy. In this respect it is right to call their quest a vain one…

And thus, when we take the exception against them, that what they seek with such fervour cannot satisfy them, if they replied—as they should do if they considered the matter thoroughly—that they sought in it only a violent and impetuous occupation which turned their thoughts from self, and that they therefore chose an attractive object to charm and ardently attract them, they would leave their opponents without a reply. But they do not make this reply, because they do not know themselves. They do not know that it is the chase, and not the quarry, which they seek.

The antidote to self-deception is self-knowledge: the sincerity, simplicity, or oneness that exist when all duplicity and deception is put aside.  Yet experience and observation testify that we do not like to be alone, let alone watchful over ourselves. We shy away from simplicity and sincerity, as though discomforted by the experience of our own selves. That is why the act of quiet sitting is anathema to us. We would rather create problems than sit quietly in our chamber. We would do almost anything rather than have to endure the disconcerting sense of our own selves simpliciter.

Ours may be the most technologically advanced generation ever to live, yet for most of us that means merely a more vast array of distractions, endless hours wasted on Facebook or mindlessly absorbed in pointless games.  Technology has changed the content but not the underlying fault in our psyche.  To that end, the charge levelled by our religious ancestors remains unmet: vanity of vanities; all is vanity.