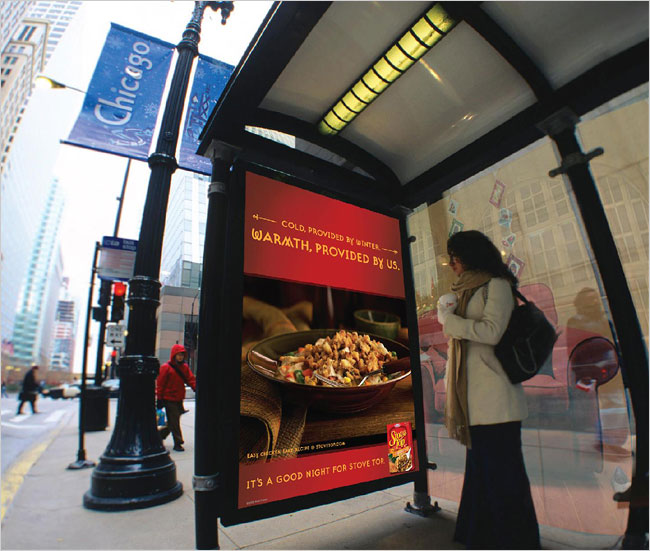 The pro-life movement has been as adaptable as it has been enduring. When Chicago passed the insidious ‘bubble zone’ ordinance, politicians not only denied citizens their free speech rights, they robbed women of their right to have a true choice when facing a challenging pregnancy. But pro-lifers found a simple, legal and tasteful way to silently offer women aid.

The no-choice movement found a way to yank even that. Not surprisingly, it was with the help of Chicago politicians. Dennis Byrne has the goods on how it went down. It involves

…a sign posted a few feet outside a North Side abortion clinic, offering women in difficult, unplanned pregnancies a different, life-affirming alternative.

Now this wasn’t just a crude, hand-painted sign. It was a fancy backlit sign, costing thousands to create and display. It took up the entire side of an empty “periodical stand” similar to those French-looking bus shelters and other “street furniture” that [Mayor Richard] Daley so loves.

It was contracted by a pregnancy help center, Aid for Women. And it has suddenly vanished.

But it wasn’t just the sign that vanished. The entire structure (what we used to call a newsstand) was gone too. It seemingly vaporized just 10 days after the sign went up Feb. 9, even though the advertiser, Aid for Woman, contracted to have it displayed until May 3.

Someone must have really wanted the sign gone. But who?

Trick question. This is Chicago.

Aid for Women…took out the ad to promote its alternative counseling, education and other assistance programs to pregnant women entering the Planned Parenthood clinic at LaSalle Drive and Division Street. Aid for Women offers the same caring attention to troubled women that abortion clinics say they provide — except for abortions and the pro-choice spin.

Some folks will automatically assume that the sign had one of those pro-life images that feature grisly pictures of aborted fetuses. It didn’t. In fact, it was a stylish graphic picturing a contemplative, distressed woman with the words, “Unplanned pregnancy? What now?” Printed below was contact information for Aid for Women. That’s it.

How threatening to the ‘choice’ movement. But such a simple message is all the pro-life movement’s got at this point, though it’s still a presence. The city’s controversial “bubble ordinance” so restricts free speech, even the ACLU opposed it as an infringement of civil rights, for crying out loud.

But this is Chicago politics, where the rules are different. The ward alderman who sponsored the ‘bubble ordinance’ just happens to be (surprise) the same one implicated in the disappearance of this sign. No one is talking. But the Thomas More Society law center is investigating who ordered the removal of the whole structure that regularly displays advertising, and held this Aid for Women message.

If the city ordered the sign removed because of its content, it has a serious constitutional problem on its hands. Stay tuned.