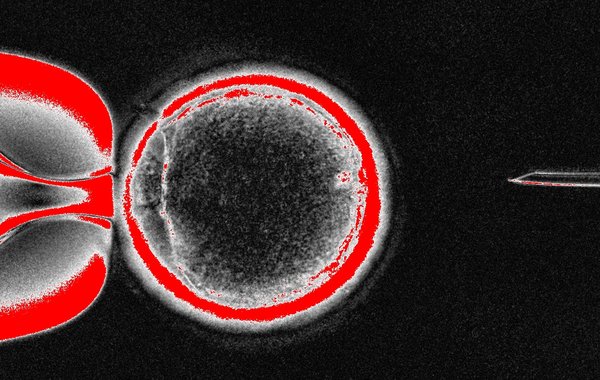 Let’s wind the clock back to 2003. In January wheelchair-bound quadriplegic actor Christopher Reeve visited Australia to promote the legalisation of “therapeutic cloning”. This was absolutely necessary, he said, or patients would die needlessly. Scepticism about the potential of embryonic stem cells was utterly unwarranted. “That’s a myth,” he told his Australian audience. “That’s not true. Don’t let anyone tell you it is a pipedream.”

In July that year the New England Journal of Medicine, the world’s leading medical journal, published a review article about the “promise of universal healing” in embryonic stem cells. “The Promethean prospect of eternal regeneration awaits us, while time’s vulture looks on,” the hyperventilating author wrote.

In short, people were excited. So excited, in fact, that in 2005 Australia passed legislation enabling “therapeutic cloning” for research purposes.

It’s hard to recapture the intensity of that debate, in Australia and elsewhere. The cause was urgent. “We have lost so much time already, and I just really can’t bear to lose any more,” said former First Lady Nancy Reagan. Scientists became political activists.  They lobbied politicians and insisted that therapeutic cloning would lead to cures for Parkinson’s, Alzheimer’s and diabetes. “I have never seen in my career a biological tool as powerful as the stem cells. It addresses every single human disease,” said Hans Keirstead, of the University of California, Irvine.

Dissenters contended that adult stem cells already offered ethical avenues to cures and that embryonic stem cells would never work. Embryos were human beings and that it was moral madness to treat human life as a research tool. Women would be victims, too, as therapeutic cloning would require huge stocks of eggs. And besides, for a number of reasons, it just would not work.

The stakes were immense and the dissenters lost. Ethics had to take a back seat to science. Bioethicist Ruth Faden and stem cell scientist John Gearhart, both leaders in their field, spoke for many: “We believe that the obligation to relieve human suffering binds us all and justifies the instrumental use of early embryonic life.”

But the cures never came.

In the past ten years the single most memorable event in embryonic stem cell research has been setting a world record for scientific fraud. In 2004 and 2005 Science published two papers by Hwang Woo-suk, a South Korean scientist. He claimed that he had successfully isolated human embryonic stem cells. Korea printed stamps in his honour and he was feted as an international celebrity. But he was a charlatan, his results were bogus and he had obtained human eggs unethically.

Press releases continued to gush from stem cell institutes, but they were always about promising developments rather than proven cures. In 2011, after many false starts and a year after launching a human trial for spinal cord injuries to cure people like Christopher Reeve, the California-based biotechnology firm Geron pulled the plug on all of its embryonic stem cell research to focus on cancer drugs. It had to: it was going broke.

For various reasons some scientists continue to champion the cause of hESCs. Earlier this month researchers at Oregon Health and Science University announced that they had cloned human embryos and successfully extracted embryonic stem cells. The study was published in the journal Cell after a lightning peer review. It was a “tour de force” and “an unparalleled achievement”, said George Daly of the Harvard Stem Cell Institute.

His jubilation was short-lived.

The main effect of this paper was to evoke the nightmare of the Hwang scandal. Sharp-eyed readers noticed that some images had been duplicated.  Clouds began to gather over the results. “It’s a degree of sloppiness that you wouldn’t expect in a paper that was going to have this high profile,” an expert told Nature. “One worries if there is more than meets the eye and whether there are other issues with the work that are not as apparent.”

So this is the sputtering end of the greatest bioethical battle of the 21st century: just another a blip of embarrassment in the 24/7 news cycle. As the Boston Globe has pointed out, “The emergence of reprogrammed stem cells, the difficulty of the involved method, and the obstacles to obtaining donor eggs for the procedure all make the advance more an important technical feat than a game-changer for stem cell scientists or a platform for new therapies.”

Isn’t it about time to establish a Stem Cell Truth and Reconciliation Commission? To get government funding so that they could play God with human embryos, scientists and bioethicists barnstormed, fibbed, exaggerated, hyped, and caricatured. It was a brutal battle in which truth came second. “People need a fairy tale,” said Ronald D.G. McKay, another leading stem cell scientist.

Foes of embryo research were called troglodytes and religious fundamentalists. Their scientific credentials were questioned. They were accused of being callous and indifferent to the suffering of patients with chronic illness.

And yet they were right.

Not one person has been cured with embryonic stem cells. Not one. There is still a long way to go before Yamanaka’s cells can be used to treat patients. But the solution, when comes, will not require the destruction of embryos.

Isn’t anyone prepared to say, “Sorry”?