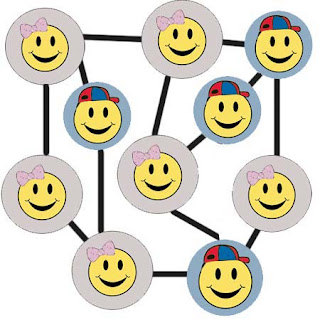 In an essay entitled “Ice Cream”, author Anne Fadiman confesses that a major incentive for writing this piece was that consuming pints of her favourite sweet treat “during its composition…was not called greed; it was called research.”

I must admit I feel the same way when asked to write about the benefits of social media. If I can’t get a job that involves using Facebook (my social medium of choice), then “researching” and writing about it is the next best thing.

But first, a disclaimer. Although I’m not a sociologist, psychologist, or anything else that ends with –ist, I’m well aware that social media, like all other man-made things, have the potential to be used for brainless or nefarious purposes as much as for worthwhile and noble ones.

But in the end, I’m just an ordinary person who likes to tell stories and prefers to stay on the sunny side of the street. So I am simply going to tell you about how Facebook has changed my life and a few others — in large part for the good.

I started using Facebook because it seemed like a really efficient way to stay connected with family and friends, especially with those who did not live locally. I found it very handy to have emailing, blogging, instant messaging, and picture-sharing capabilities all in one place. Status updates and wall posts were a fun and novel way to find out how everyone was doing, exchange items of interest, and occasionally even obtain some inspiration or insight.

So for years my Facebook experience was enjoyable and enlightening, but not what you could call life-changing. It is only recently that I have begun to see how much can be achieved by a simple line, link, or image posted on Facebook. Manila, the city of my birth, was badly flooded in late September 2009, and Facebook likewise became swamped with news, real-time updates, and pleas and offers to help. A Filipino-American comedian solicited donations on her wall and quickly raised thousands. I was amazed by how many people rallied to aid those in need — and how swiftly they were able to mobilize, using social media as a tool.

At around the same time I also re-connected with several people whom I had lost track of since leaving the Philippines almost twenty years ago, and who are now living all over the globe. One day a friend posted a photo she had found of a group of us, taken during a picnic. At first it made me rather sentimental. Then I started to get excited, because most of the people in the photo were tagged, including one person I hadn’t yet managed to find. I promptly sent her a friend request, and within a week, I recovered a dear friend I thought I had lost for good. We have been sending long emails back and forth, and now she is planning to travel to Vancouver this summer to visit me.

Through networking on Facebook, I have learned of other happy endings that started with a friend request. Here is one shared by “Carrie”. Like me, she had left her home country in her teens and moved to Canada, eventually settling in Calgary. Now in her mid-thirties, she started using Facebook a year ago.

“I had been using it for a few months, and I was trying to find people I’d lost touch with,” Carrie relates. “One day I thought of Alex, my best friend from school. When I left, Alex and I wrote to each other for a while, but the postal system in my country is not the most reliable, and we moved a few times. Eventually the letters just stopped.

“So I did a search on Facebook and there he was — and his location said Toronto!”

Off went the friend request. “He answered within hours,” Carrie says. “He said he had been trying to find me for years. Of course he couldn’t have known that I now use a Canadianized version of my last name.”

After corresponding every day for months, Alex flew to Calgary. And next year — you guessed it — Carrie is going to marry her best friend.

We learn in communication studies that all forms of technology have unforeseen effects on the individual and on society. Sometimes those effects can be appallingly negative. But other times they can be positive beyond our wildest hopes and dreams. Because of social media, we now have countless ways, literally at our fingertips, to connect with people, to build bridges that defy space and time. But this amazing ability gives us an even greater responsibility to ensure that the connections we do make are meaningful and beneficial.

The happy endings are up to us.

Maria Olaguera is a freelance writer who lives in beautiful British Columbia, Canada and blogs at mariasdinnertable.blogspot.com

none More by Maria Olaguera