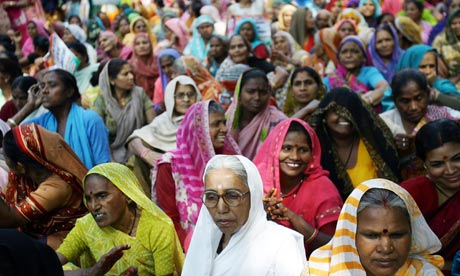 Today I will continue to look at the article by Nicholas Eberstadt in the New Atlantic entitled “The Global War Against Baby Girls”.  On Friday I examined the first part of the article which focussed on the huge imbalance in the Chinese SRB (sex ratio at birth).  Now, I want to turn from the world’s largest country to other countries that are part of this insidious “global war”.  While China has had the one child policy for the last 30 odd years, Eberstadt’s article makes it clear that that is not the only reason for a marked preference for boy babies:

“…coercive family-planning programs are neither a necessary nor a sufficient condition for widespread female feticide. This much is evident from SRB trends in East Asia’s four “Little Dragons”: Hong Kong, Singapore (more specifically, Singapore’s ethnic Chinese), South Korea, and Taiwan. All of those societies maintain voluntary family-planning programs — nevertheless, each of them has registered eerie increases in SRBs in the era of unconditional abortion and widespread access to inexpensive obstetric ultrasonography.”

By the beginning of the 21st century, the SRBs in Hong Kong, Singapore, South Korea and Taiwan were 108 or higher and were typically lowest for first born babies, and elevated for subsequent births.  Eberstadt points to a similarity between these societies:

“One commonality to China and the four Little Dragons is a Confucian cultural heritage, which places an imperative on continuing a family’s lineage through the male heir as a metaphysical key to greater universal harmony and virtue. It is noteworthy that Japan — an East Asian society without a strong Confucian tradition, but with easy access to abortion and obstetric ultrasonography and with very low fertility rates, just as in China and the four Little Dragons — has always reported a sex ratio at birth well within human biological norms.”

However, another East Asian country – Vietnam – is also experiencing a rise in its SRB and does not have a Confucian heritage.  Vietnam is a “sub-replacement fertility society”, has easy access to abortion and an increasing diffusion of ultrasound technology.  Between 1999 and 2009, Vietnam’s SRB has risen from 105 to over 110.  This rise coincided with a rapid increase in the material wealth of Vietnamese society, and there is a positive correspondence between SRB and prosperity within Vietnam – the poorest areas have the lowest SRBs.

The world’s second largest country has also suffered an upsurge in its SRBs.  From 1979-1992 the Indian SRB was around 105.  During 2000-2006 this had risen to 109 and the more recent survey for 2004-2006 placed the SRB at 112.  Geographically, the gender imbalances are most extreme in the Northwest where the sex ratio for ages 0-6 in the states of Haryana and Punjab is around 120 and in Delhi where the sex ratio for those under 7 is about 115.  Again, like Vietnam, SRBs and child sex ratios correlate positively with education, income and urbanisation.

Furthermore, even within countries reporting “normal” SRBs, there are communities and ethnic groups that have higher SRBs.  In the USA, SRBs of 108 were characteristic of the “Asian-Pacific” population – a population that a generation ago had SRBs within the normal biological range.  In England and Wales, the SRBs for Indian-born mothers rose from 104 in the 1980s to 108 in the late 1990s.  According to Eberstadt, this is not a natural occurrence:

“[i]n both the United States and the United Kingdom, these gender disparities were due largely to sharp increases in higher-parity SRBs, strongly suggesting that sex-selective abortions were the driver. The American and British cases also point to the possibility that sex-selective abortion may be common to other subpopulations in developed or less developed societies, even if these do not affect the overall SRB for each country as a whole.”

Eberstadt draws some conclusions as to why these imbalances are occurring – a “merciless” preference for sons in certain societies; a low fertility rate which makes each birth being a son more important; and the availability of ultrasound and cheap abortions which makes parental preference obtainable.  The effect of these SRB imbalances (aside from millions of baby girls killed by their parents worldwide each year) will be looked at on Wednesday as we turn to the last part of Eberstadt’s excellent, horrific article.