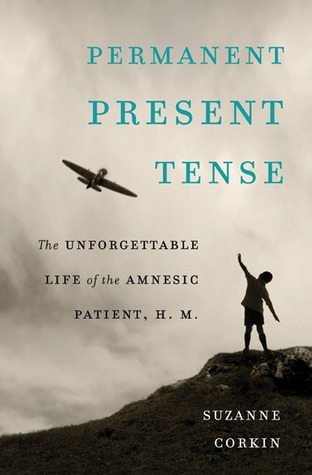 Permanent Present Tense is the extraordinarily moving account of “the man with no memory and what he taught the world.”  The man was Henry Molaison, who died in 2008, and the author, Suzanne Corkin, now Professor of Behavioural Neuroscience at MIT, first met him in 1962 when she was a young postgraduate researcher in neuroscience. Their “collaboration” as she describes it, lasted for nearly five decades, itself a rare partnership between doctor and patient.

Molaison was born in 1926 and lived all his life in Connecticut. At the age of ten he developed epilepsy. In his teens this became frequent grand mal seizures which severely curtailed his social and work prospects. In an effort to curtail the fits by surgery, in August 1953 a neurosurgeon called William Beecher Scoville performed a bilateral medial temporal lobe re-section on Molaison. At the time, as Corkin explains, “the destruction of brain tissue was… considered a valid experimental treatment for numerous psychiatric diseases.” Molaison’s problems were physiological, not psychiatric, but his surgeon felt the severity of his epileptic attacks justified this experimental procedure.

Surgery did indeed alleviate his epileptic seizures. But there was a catastrophic side-effect which became apparent immediately Molaison regained consciousness: extreme and permanent amnesia. Corkin relates that “For the rest of his life Henry was trapped in a permanent present tense.” Scoville admitted the operation had been a tragic mistake, although the author argues, convincingly I think, that Molaison would not have lived nearly as long as he did if his severe epilepsy had continued unchecked.

Nevertheless, stripped of his ability to turn immediate present experiences into lasting memories and thus unable to negotiate ordinary daily living, Molaison needed care for the rest of his long life. All happenings slipped out of his consciousness several seconds after they occurred. He retained something of what he had learnt before the operation, but could never integrate these thoughts with memories of the very recent past.

Thus he presented a fascinating medical case for the then new field of neuroscience. Corkin admits that, because of Henry’s personal tragedy, “We now know that damage to the hippocampus on both sides of the brain causes amnesia.” A personal catastrophe became an endless source of new knowledge and understanding of how memory works and how different areas of the brain interact with each other. For the next fifty-odd years, Corkin and her colleagues conducted regular tests on Molaison, devising different experiments to discover the limits, peculiarities and capacities of his memory.

She is at pains to reassure the reader that her subject remained a person for whom she felt affection, compassion and respect; he was a partner in the quest to understand memory, not merely an endlessly interesting guinea-pig. Henry “was a pleasant, engaging, docile man with a keen sense of humour who knew he had a poor memory and accepted his fate.” Pleasantness and passivity had been his character traits before surgery; what changed was his ability to function outside his immediate and familiar surroundings, his home, where he was looked after devotedly by his parents. After their deaths, “home” became a benign local institution.

The book raises important ethical questions. Corkin describes why “psychosurgery” of the kind of that led to the fashionable pre-frontal lobotomies of the 1940s and 1950s (and given publicity in the horrifying film One Flew over the Cuckoo’s Nest) has been completely discredited. She also discusses the nature of identity: how much of it is bound up with memory, and the distinction between dementia and amnesia. She points out that Molaison, as a result of his operation, led a relatively stress-free life in a world bounded by 30 seconds. “We can be so wrapped up in memories that we fail to live in the here and now”, she reflects.

Unburdened by the sometimes destructive power of memory, Molaison lived entirely in the moment, “fully accepting the events of daily life” and always, apart from some rare episodes of frustration and moodiness (perhaps an unarticulated awareness that he was different from everyone else), trusting, good-natured and patient.

Corkin asks if Henry had a sense of who he was. She thinks he did, if “fragmented”, adding that “Henry’s beliefs, desires and values were always present”, despite his incapacity to consolidate, store and retrieve information.

She believes that her kindly and cooperative collaborator “taught us that it is possible to lose the ability to remember, yet remain intelligent, articulate and perceptive”, despite being unable to share experiences with others or engage in relationships of any depth. Corkin herself believes that the ultimate goal of neuroscience is to understand how “the billions of neurons in the brain, each with roughly 10,000 synapses, interact to create the workings of the mind.” She does admit that “we will, of course, never fully achieve that goal.”

The final section of the book describes the complex mechanics of removing Molaison’s brain and storing it so that it could continue to serve the interest of science after his death. This might have been somewhat macabre – “seeing Henry’s precious brain in the safety of the metal bowl was one of the most memorable and satisfying moments of my life” – until one remembers that Corkin’s whole life has been spent in research into the function of memory and that she can hardly divorce this passion from her personal feelings.

It is also evident from her careful, restrained yet engrossing account that she regarded Molaison as a friend who required dignified treatment and that she also mourned the death of this man who had played such a large role in her professional life.

Indeed, this is the most hopeful aspect of her study: never once was Molaison treated as less than human by the teams investigating his brain and the strange limitations of his memory. The book thus has much to offer, indirectly, to all who care for patients with brain damage and dementia, reminding us that the ravages of time — or imprudent brain surgery – that can affect and alter the mind do not lessen a person’s humanity. Rather, they are a spur to understanding and cherishing it.

Francis Phillips writes from Buckinghamshire, in the UK.