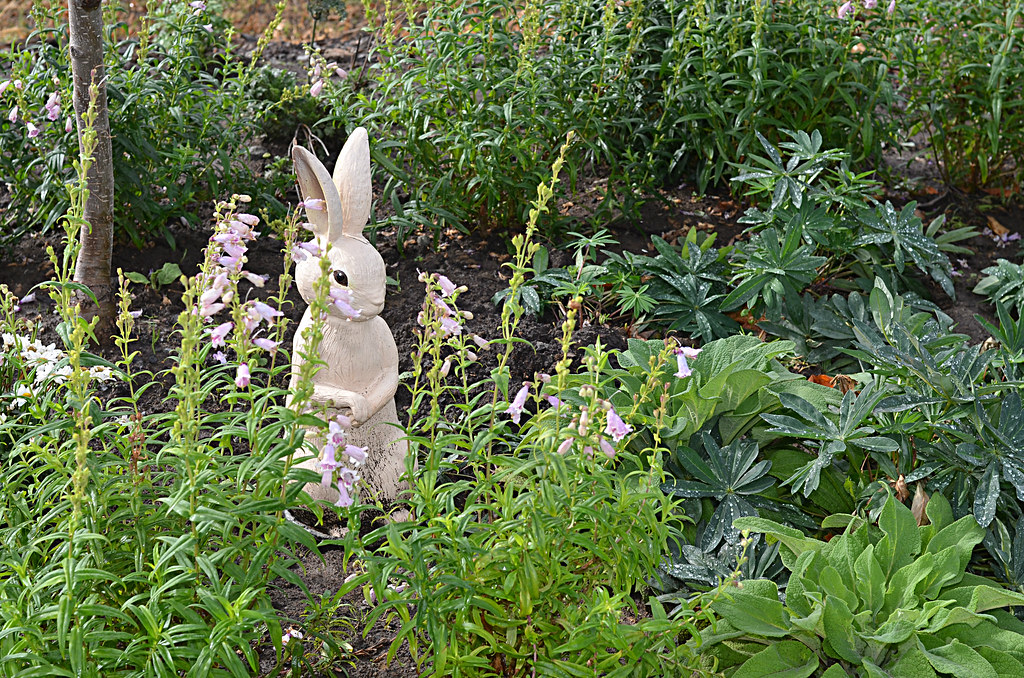 Since the days of Aesop, animals have been used as vehicles by which humankind has addressed its moral, ethical and cultural identity. For some, this serves to misrepresent animals, privileging anthropomorphism at the expense of the more sensitive address of animal sentience and welfare. For others, this approach allows humans to circumvent their own social taboos to reveal not merely fresh insights into what it is to be human, but also humanity’s intrinsic relationship to animals, with animals, and as part of nature.

Beatrix Potter enjoyed the work of poet Edward Lear, who specialised in nonsense verse and who wrote about a “Remarkable Rabbit”. Potter thus decided to create The Tale of Peter Rabbit, the story of a mischievous rabbit, who disobeys his mother, to play in Mr and Mrs McGregor’s garden, despite all its apparent dangers. From the outset, it was Potter’s intention to use the story to show both human characteristics and animal behaviour.

Peter is at once a playful vehicle by which to assess human foible and to present an animal within a pastoral environment. Reception of the story over time has been mixed. Is Peter a social transgressor within a human conception of the world, or merely the epitome of “the wild” outside the codes and conventions of rural society? Is the garden his most “natural” environment and home comforts a mere distortion of the countryside? And is Mr McGregor, the gardener intent on keeping rabbits off his patch, Peter’s most obvious adversary in the great chain of being?

These are but some of the issues in The Tale of Peter Rabbit, which make it one of the most enduring and popular of children’s narratives.

Initially written as a series of illustrated letters to her friend, Noel Moore, the son of her former governess, in 1893, the texts were reclaimed by Potter for private publication, and later taken up by established publisher, Frederick Warne & Co. Its words and images were finalised by the 1903 edition.

Potter insisted the size of the book be suitable for children to hold, and that the animal illustrations were anatomically correct. Her watercolours provide the text with its distinctive aesthetic. Potter also drew the images from the animal’s point of view, a vantage point nominally shared by a child’s gaze, which stimulates the empathy of the young reader. Potter herself is a detached storyteller, narrating the indifferent (omni)presence of the human world.

This clear and precise vision for Peter informed Potter’s decision to resist Walt Disney’s approach to adapt the story into an animated feature in 1936. A 1935 Merrie Melodies cartoon, Country Boy, freely adapted The Tale of Peter Rabbit a year earlier.

Disney, though, an admirer of the hare drawings of Heinrich Kley, saw Peter as an appealing rabbit character that would advance his own earlier creation, Oswald the Lucky Rabbit. Debuting in 1927, Oswald featured in 27 shorts, rivalling Felix the Cat, but in 1928, Charles Mintz took the rights from Disney for the character, forcing Disney to create another – soon afterwards, Mickey Mouse became the studio’s signature character. Disney realised, though, that he needed a more iconic rabbit, and Potter’s Peter was his favoured character.

Keen to maintain the tone, aesthetic and copyright of her book, Potter ensured Peter’s identity would always be bound up, though, with the serious tone and colour palette of her own illustrations.

Potter’s watercolours also later influenced the art direction of Bambi in 1942, and her rabbit sketches (1890) the design of Thumper.

Crucially, Potter’s imagery represented her artistic and intellectual skills as a naturalist. This helps to present Potter not as a quasi-Victorian moralist, but as a modernist, insisting upon a representation of what animals and children might naturally do. Disney would surely have made Peter both comic and morally accountable. Potter ensures he is both feisty and fun. As a more incisive fabulist, Potter depicts what Russian filmmaker Sergei Eisenstein suggests (when, ironically, writing about Disney’s characters) is the “factual regression into the animal”.

The integrity of Potter’s design and outlook is maintained in Geoff Dunbar’s later television series The World of Peter Rabbit and Friends, which aired between 1992 and 1995. Each tale is bookended by live-action vignettes, featuring Niamh Cusack as Potter, filmed in Potter’s real-life home environment of Hill Top Farm in the Lake District.

A CGI series, Peter Rabbit, made for the Nickelodeon Channel in 2012, anticipates the more improvisatory tone and outlook of the recent Sony Entertainment adaptation of the Potter tale, Peter Rabbit. The Sony film mistakes Peter’s imperative to return to nature for a need to crassly avenge and humiliate Mr McGregor. Though playful, this detracts from the tension between human and animal explored in Potter’s text. It replaces Peter’s essential struggle for independence, with routine adventures in the garden.

It is important to recall, then, that Potter wrote that Peter’s father was baked in a pie by Mrs McGregor. Real world things really happen to animals. Throughout the story, Peter is aware of the danger he is in. He is aware of his own mortality. Peter’s persona as a “naughty boy” is not played out as an identity by which he is judged or punished, though, but rather, as a sensibility that must simply enact itself.

Children are left to decide for themselves about the consequences of his disobedience and desire. As such, this ambiguity has helped maintain The Tale of Peter Rabbit as part of a canon of literature and film for children that has become part of the very process of their development and socialisation.