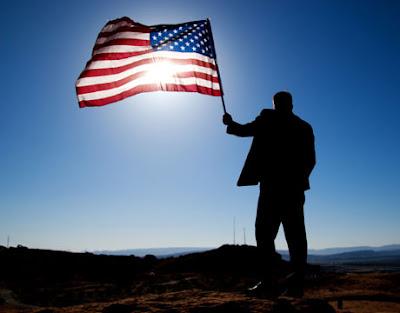 After hard debate, the Continental Congress voted unanimously for independence from Great Britain on July 2, 1776. It took another day and a half to rework the text, and by the time it was adopted by the twelve colonies and signed by John Hancock, the Declaration of Independence was published on July 4, 1776. Thankfully, that Congress could work out their differences, for the common good.

Today’s Congress can’t get anything done. Politics have been mired in conflict and sniping and partisan battles for so long now, even with Democrats controlling the White House and the majority in both houses of Congress, we’re facing record debt and high joblessness and they can’t even get together on a budget. How many ways can you say ‘the time has come for tough decisions’?

Unfortunately, House leadership has not gotten the message…

This month, Congress should be voting on a budget resolution that creates the framework for next year’s spending decisions. Since 1974, the House has never failed to offer such a resolution. Yet last week, we learned that leadership has no intention of crafting one…

Congress should be the world’s greatest deliberative body. There is no excuse for shortchanging the American people by shutting down debate.

We must do our fundamental job. The parameters for next year’s spending decisions should be open and transparent. We must talk about how to address the mess our irresponsible spending has created. The American people have demanded it. The Congress must deliver it. If Congress is unwilling to do its job, then the American people must hold them accountable.

They know the government is playing with data (even the Times admits this)  and the president is blaming his predecessor when the going gets tough.

Even some of Obama’s media advocates are getting impatient.

CNN’s Jack Cafferty ripped the Democratic-controlled Congress for their inaction to pass a budget during a commentary on Thursday’s Situation Room: “The Democrats in Congress can’t be bothered to pass a budget for next year. That’s their job….It’s simply outrageous.” Cafferty also channeled the Tea Party and strongly condemned the federal government for “taking us down the road to financial ruin.”…

He continued that “efforts to pass a budget have stalled in the House because Democrats can’t agree on what and how much to cut. See, it’s an election year and we can’t be seen cutting things in an election year.”

Then there’s immigration. It’s a crisis because Congress did nothing about it the last time it rose to such a breaking point. I hosted a radio show in 2005/06 and intertiewed Sen. Sam Brownback and Sen. Rick Santorum several times about President Bush’s path to citizenship and the restlessness of the American people on both sides of the contentious issue. There were massive rallies all over the nation. It was at fever-pitch. Congress got grid-locked, then went into summer recess in 2006 resolving nothing and shelving it.

So states like Arizona have taken on the mission of applying federal law, and the feds have threatened to sue them for it. It’s getting fever-pitch again, and Obama was forced to face the public. It came off that way, as an awkward speech he was forced to give, that didn’t say anything new. Note the last line of that piece:

…outrage notwithstanding, it may be a while before the nation’s immigration policy changes.

After the mid-term elections, but early in the next presidential campaign. It’s all politics.

Somehow, they debated to agreeable conclusions in the early days of the representative republic, when the independence they fought for so willfully was from a tyranny outside our shores, and leaders could unify in the interests of the new nation. Contemporary Congress cannot do that. It’s no wonder the grassroots are taking it on themselves.