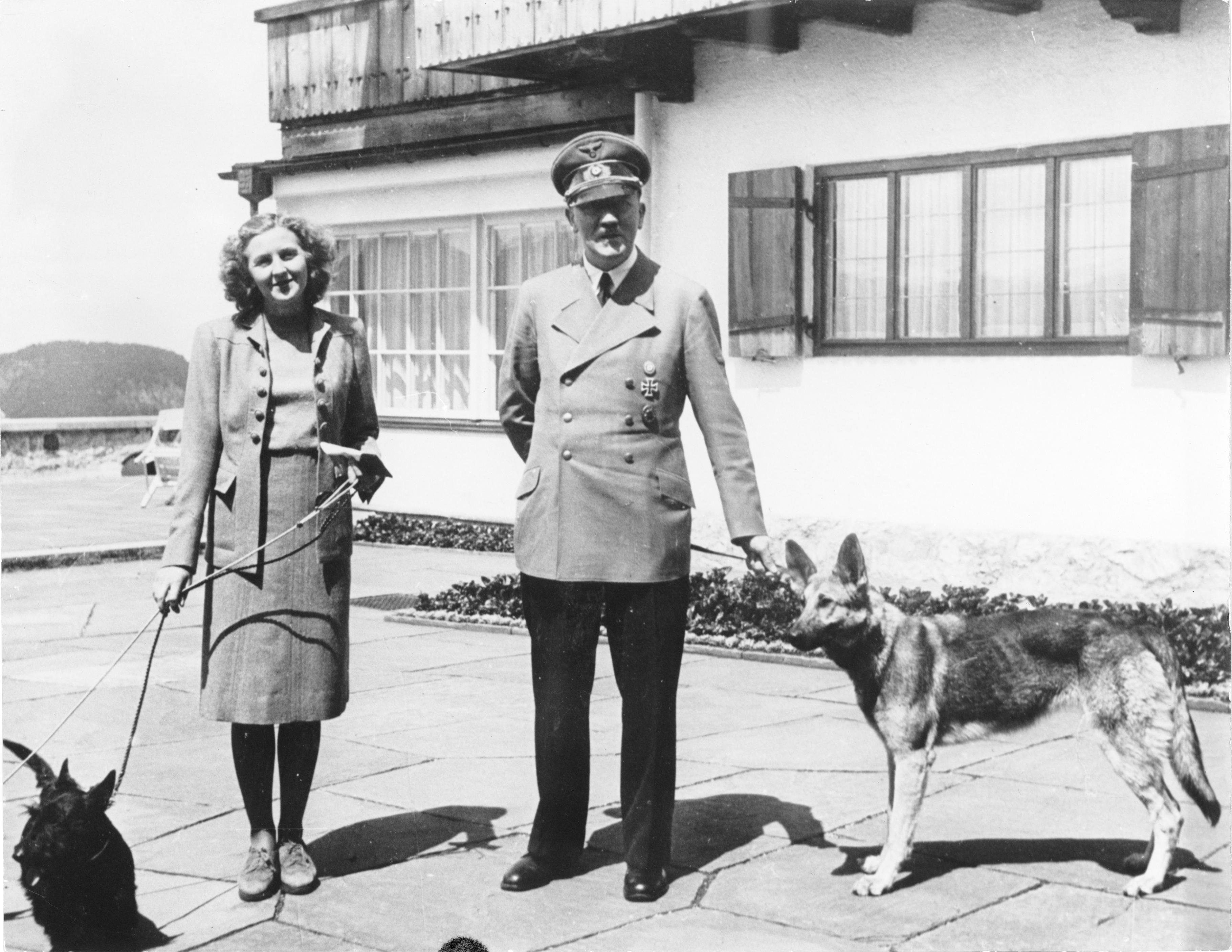 Happenstance has brought me today to a house on the Austria-Germany border, just south of Salzburg. That puts me about 3 miles from the German town of Berchtesgaden, on the German side of the border. Adolf Hitler’s home, the Berghof, was just outside the town, on a mountain in the Bavarian Alps. To the extent that Hitler had a home, this was it, and it was the place where Hitler met with many notables, particularly before the war began.

As it happens, today is the 76th anniversary of the start of World War II in Europe. It is always a strange feeling to be here. There is a sense of history present here, but it is mostly a sense of the mind, since Berchtesgaden is an attractive but ordinary place. It always feels as if towns like this should have a patina of extraordinariness sticking to everything. But that isn’t how history works. There is a patina of mind, but not of place. On Sept. 1 of any year since 1939, and at a place like this, there is a sense of urgency to extract the real meaning of the man who lived in a house on the mountain I am looking at.

After 76 years, it seems appropriate to try to figure out what Hitler and the war he initiated genuinely changed in the world. This is not an easy question, because to arrive at an answer I had to dismiss from my mind the many acts of gratuitous evil that he committed. It is hard to dismiss those, but in a sense they left little legacy to the world except for the realization that civilization is a thin layer over humanity’s beastly savagery. But truly, we didn’t have to have Hitler to learn that. We humans have always sensed what is beneath our surface.

The question is how the world changed as a result of Hitler’s decision to invade Poland.

The Price for Europe

The first outcome, obviously, was that he destroyed Europe’s hegemony over much of the world and its influence over the rest. Within 15 years of the end of the war, Britain, France, Belgium and the Netherlands lost their empires. A handful of European nations had dominated the world. By the end of the war they had lost the will, the energy and the wealth to maintain their power. After half-hearted and doomed attempts to resist, these countries willingly participated in the dismantling of what they had once thought of as their birthright.

This changed the shape of the world, of course, but the change was less the result of the world’s resistance to Europe than a result of Europe’s exhaustion. After the war, Europe faced the task of rebuilding buildings. The ambition to rule had been exhausted. However flawed or wicked that ambition might have been, there is still something sad in the loss of all ambition, beyond the desire for comfort. The will to dominate, seen in its most extreme form in Hitler’s appetites, chills the blood. The loss of any transcendent ambition merely cools it. Europe has lost its recklessness, which is on the whole good. Yet it has gained an excessive caution that makes it difficult for Europe to make up its mind over matters small and large.

Hitler clearly didn’t want this outcome. I think he was sincere when he said that he would leave the British Empire intact, along with its navy, if the United Kingdom accepted German domination of the European mainland. He wanted peace with the British so he could crush the Soviets. But the British as a nation could accept that deal only if they trusted Hitler’s promise. However sincere he was in 1940, Britain couldn’t bet on the endurance of his word. As a result, Hitler in due course committed suicide in Berlin, and Britain presided over the dissolution of its own empire — the only thing that would have disgusted both Churchill and Hitler. Churchill’s imperialism and Hitler’s racism met on that point.

There was another thing Hitler cost Europe: the metaphysical sensibility. It is startling, the extent to which Christian Europe has abandoned Christianity for secularism. Consider this map:

The decline of church attendance is the outer husk of a European sensibility that, at the highest levels of thought, contemplated the deeper meanings of things. It was not Hitler who destroyed the European metaphysical sensibility. In many ways it destroyed itself from the inside, with a radical skepticism derived from the Enlightenment that turned on itself. But Hitler provided a coup de grace to that sensibility by appropriating figures like Friedrich Nietzsche and Richard Wagner to his own political ends, thereby delegitimizing not only them but also the tradition from which they emerged. Hitler, in his own strange wanderings in the depths, made such wanderings no longer respectable, and indeed, suspect. There is a saying I once heard: “German philosophers go down deeper, stay down longer and come up dirtier than any others.” I don’t know about philosophers, but Hitler, the would-be philosopher, certainly did, and it cost Europe the jewel of its intellectual heritage.

It is said that Napoleon called the English a nation of shopkeepers. He obviously meant that as an insult, seeing shopkeepers as people of limited imagination, ambition and wit. There is some truth to the saying about the English, although George Orwell was enraged at the trivialization of their achievements. To the extent to which the English were suspicious of the wholesomeness and usefulness of French and particularly German philosophy, Napoleon was right. But if he was, then Hitler achieved something extraordinary: He made all of Europe into nations of shopkeepers.

After the war, the obsession of Europeans was to live. Then it was to make a living. Napoleon’s insult was that there was more to life than simply making a living. What Hitler achieved was what he would have been appalled by: shopkeepers ruling Europe. But Europe is obsessed with making a living and suspicious of profound thinking. It has seen where that got it and it doesn’t intend to go there again. The best minds get MBAs. The broad public sleeps late on Sunday. The train wreck that Hitler made of Europe created a secularism not only in relation to Christianity, but in all attempts to recreate the depth of European culture.

The Power of the United States

Of course in all of this, perhaps the most important thing that Hitler did was unleash the United States, a country where earning a living is the definition of life. Hitler believed that his defeat meant the triumph of Bolshevism. It really meant the triumph of the United States and its culture, which it distributed in Western Europe through occupation and in the Soviet bloc through imitation.

The United States redefined European culture. As I have written in Flashpoints: The Emerging Crisis in Europe, it was not Coca-Cola but the computer that was the carrier of American culture. The computer had nothing to do with metaphysics or with the true or beautiful. It had to do with the narrowest form of instrumental reason: It simply got things done, and in doing so, it justified its existence. The computer dominated the world — and Europe — and with it came a mode of thinking, contained in programming, that was so radically different from what European culture consisted of as to almost be from another planet. Of course, Europeans helped found the culture, but they bequeathed it to their heir, the United States. Paradoxically, the United States remains the most religious of countries, with church attendance at its height. Religiosity and instrumental reason are compatible in the United States — a point to ponder.

Hitler respected Josef Stalin. He understood the radical ideologue who was ready to kill. He had little respect for the United States. He understood Stalin, but he couldn’t fathom Roosevelt. But as I sit here looking toward Berchtesgaden, I must recall that it was the 7th Infantry Regiment of the Third Division, U.S. Army, that captured the town and Hitler’s home. The Americans occupied the area until 1995, using it for military purposes.

This was the most important thing Hitler achieved, and the last thing he expected. Hitler drew the Americans into the heart of Europe and left the Europeans completely vulnerable to the emerging, and quite strange, modes of thought that a nation that holds shopkeepers in great regard can produce. Hitler destroyed the dams that Europe had built around itself. He crippled all of Europe, including the Soviet Union. He could not imagine the need to cripple the Americans, nor could he have had realized the need. And therefore, in the end, they rebuilt Berchtesgaden and I am sitting here looking at it.

Hitler will be remembered not only for great evil but also — and more important, in many ways — for the manner in which almost all of the consequences of his war were unexpected.

George Friedman is founder and chairman of Stratfor, the world’s leading global intelligence company. Pondering Hitler’s Legacy is republished with permission of Stratfor.