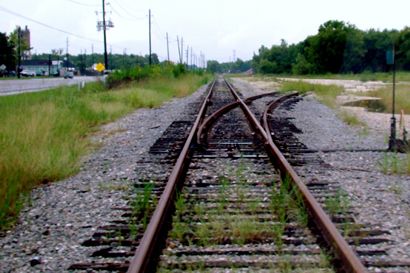 Last week, we talked about the imminent arrival of the seventh billion person on Earth (at one time).  Naturally, when we hear these sorts of numbers, we can get a bit nervous.  How are we going to support all those people?  How will the environment cope?  On the other hand, how are our economies (especially in the West) going to survive without more people?  These competing demands have prompted some original thinking at the Sustainability Policy institute at Curtin University in Australia.  There, PhD Candidate Vanessa Rauland and John Curtin Distinguished Professor Peter Newman have tried to cut through the Gordian knot:

“One involves increasing population to stimulate the economy and generate more skilled jobs, while the other advocates decreasing the number of people in order to cope with environmental pressures such as climate change.

“What we’re now saying is these two approaches are not necessarily conflicting but can in fact be complementary.”

According to Rauland and Newman, what this requires is a transformation of cities – shifting from big resource infrastructure such as dams and power stations to smaller, decentralised systems – this would make it possible to support more people while reducing carbon emissions (and hopefully be more economical with the use of material and resources!)  However, these decentralised systems are only viable with higher population densities:

“So we argue that population growth in our cities – long considered a major problem by many people concerned about the environment – could actually become the key factor in reducing Australia’s per capita carbon footprint,” he said.

“Limiting urban populations alone would do little to address the resource and environmental concerns facing the nation, and could produce entirely the opposite effect by locking the inefficiencies of the current system into stagnant or declining cities.”

The current model cannot be sustained either, argues Ms Rauland, without reforming “outdate, inefficient and polluting infrastructure”.  Therefore, she proposes:

“…a new approach that uses urban population growth, and the associated economic growth, to enable new low-carbon technologies and more intelligent infrastructure that will transform cities into healthier, more sustainable and productive places to live…“Reforming the way that cities use resources is so important to the national sustainability effort because the vast majority of people live in cities.”

The trouble is that many countries in the developed world will not be able to undertake the measures proposed by Rauland and Newman because their populations are in decline:

“Indeed, in coming decades we will see many cities in the developed world struggle to fund the necessary infrastructure reforms because their populations, and by general extension their economies, will be in decline,” [Newman] said. “The continued current growth of cities in places such as Australia should therefore be embraced and turned to advantage.”

So, while Newman and Rauland may be on to an environmental winner, you will only be able to take advantage of it if you are having babies. I can just imagine the dilemma that this will cause some people!

This is an encouraging sign that people are attempting to think outside the square and to see how we can amend our way of lives to accommodate more people. Of course, we may argue about the details and the implementation, but at least Rauland and Newman are not relying on the old argument that we must control (read: “help abort”) our (read: “third world”) population better.  Instead, they are trying to turn to the method that has helped us accommodate more people in the past – by using our ingenuity and technological advances.  After all, such an approach worked in the decades after the Second World War (the “green revolution”) and it would be a travesty to not attempt to find similar solutions in the twenty-first century.  Solutions that see more humans as an opportunity, not as an environment-killing curse.