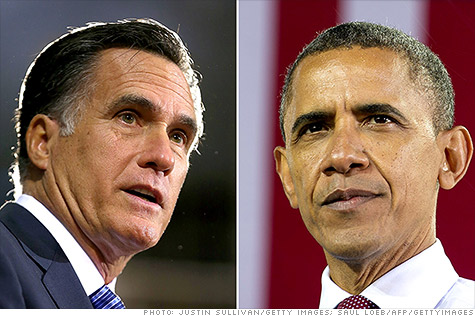 Now that there’s been another week for the election results to sink in, more writers are taking stock of what happened, and there’s an interesting juxtaposition of views on social issues going on. Just as there was during the heat of the campaigns. Was it, is it, better to emphasize them, or de-emphasize them?

I wonder if these folks experienced the same campaign as the rest of us? Exactly when did Mitt Romney campaign, I mean really campaign on the life issues? What ads did he run? Perhaps they were thinking of the Romney ad meant to quell pro-choice concerns, the one telling folks they shouldn’t worry because he still favored abortion for rape, incest and to save the life of the mother? And perhaps these conservatives could show us the ads Romney ran supporting historical marriage, because I missed those and I live in what was one of the hottest of swing states, Virginia.

Whether Team Romney knew it or not, there were three straight up pro-life votes in the states this time around. Two of them passed including one in liberal Massachusetts. And while it’s true historical marriage lost for the very first time in at least three states, in each of these very liberal states, pro-marriage forces ran ahead of Romney at the polls.

Here’s the thing. Most young people are pro-life. Most young women are pro-life. Most African-Americans are both pro-life and pro-family. These are three of the demographic groups Obama went after and won. Talk to African American pro-lifers. They were aching to help Romney but Romney was not interested in them. And they are livid. Team Romney left lots of voters behind who were eager to help and now the pundits blame them for Romney’s loss.

Time to toughen up. Because some groups that seized the opportunity to advance their version of social issues are waging a scorched earth campaign to take new territory.

For the first time in its history, a United Nations agency, UNFPA, has declared access to contraception “a human right.”

“Family planning is a human right. It must therefore be available to all who want it,” declares the United Nations Population Fund (UNFPA) annual report. “But clearly this right has not yet been extended to all.”

The report calls on nations of the world to fight “cultural barriers,” as well as legal constraints, that cause women to forgo the use of birth control.

“What is to stop the UNFPA from declaring that abortion is a basic ‘human right,’ as they have already attempted to do several times, especially in light of the relentless UN drive to legalize abortion all over the world?” ask Brian Clowes, director of research for Human Life International, in an e-mail to LifeSiteNews.com.

The report does not explicitly call for abortion legalization. However, it considers “emergency contraception” a human right, stating it “is not effective once implantation has begun and does not cause abortion.” However, the report adds, “A single emergency contraceptive pill, when taken within up to five days after unprotected intercourse, prevents a fertilized egg from implanting.”

Therefore, it is an abortifacent. A fertilized egg is terminated, which means newly conceived human life is ended, aborted.

That’s what the battle over the HHS mandate is all about. And there’s a new setback in that, too.

The owners of Hobby Lobby asked to be exempted from providing the “morning after” and “week after” pills on religious grounds, arguing this would violate their Christian belief that abortion is wrong.

Judge Joe Heaton of the U.S. District for the Western District of Oklahoma denied the request for a preliminary injunction…

The Food and Drug Administration lists the “morning after” and “week after” pills as emergency contraceptives. But abortion opponents like the Green family consider them abortion-inducing drugs because they are often taken after conception.

Early in his administration, President Obama gave a talk to a group of men at a church over Father’s Day weekend, exhorting them to be responsible to their families, reminding them that ‘fatherhood doesn’t end at conception.’ He had it right then. Conception means a man and woman have conceived a child. If only he would remember that basic truth now, and make that a social issue worth talking about again.