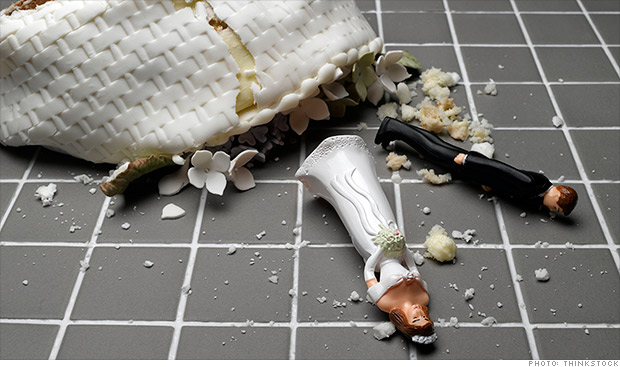 An ABC News story this week highlighted the top 7 “worst” states for divorce, as indicated by the filing fee, length of minimum separation period, residency requirements, and length of processing period.  “Divorce can take an emotional toll on a family,” says ABC, “but the filing and legal process can add another headache in these seven states.

Topping this list, with a mandatory six-month separation period in which the couple must live completely apart, is Vermont.  Nebraska, New York, California, Arkansas, South Carolina, and Rhode Island also make the list.

With a filing fee of $157 and a processing period of 420 days, Nebraska “easily ranks in the top of the worst states to get a divorce,” according to divorce attorney Bruce Provda.  Interestingly, however, Nebraskans also marry around the age of 26, and the “average” marriage lasts a seemingly impressive 23 years.  Perhaps the worst places to get a divorce are also the best places for one’s marriage—and one’s health.

The New Research – The divorce lawyer and the mortician

A striking correlation between divorce and premature death has been noted in a number of studies. That correlation is all the more impressive now that researchers at the University of Arizona have completed a comprehensive analysis integrating a raft of such studies.

The sheer scope of this new analysis (more precisely, a meta-analysis) of divorce and mortality rates is remarkable: the Arizona scholars bring together 32 prospective studies (involving more than 6.5 million people, 160,000 deaths, and over 755,000 divorces in 11 different countries). The chief finding of this prodigious collation of data is crystal clear: the data reveal “a significant increase in risk for early death among separated/divorced adults in comparison to their married counterparts.”  When divorced adults are compared to married peers, they face “a 23% increase in the probability of being dead from all causes at each future assessment.”

Though the risk associated with divorce seemed particularly pronounced among younger men, that risk was remarkably widespread, appearing in country after country, study after study. So robust was this linkage between divorce and early death that the researchers conclude that “the number of control variables . . . was unassociated with mortality risk.”

Highlighting the ways that divorce may help cause early death, the researchers note that “as a psychological and interpersonal stressor, divorce has the potential to disrupt biological processes that are important to health and well-being and, in doing so, can increase risk for health problems.” This point is clarified by evidence that “marital separation and divorce are associated with a wide range of negative health behaviors.” Compared to married peers, the divorced are much more likely to experience “severe insomnia and problems of sleep maintenance.” The divorced are also more likely to use alcohol and tobacco than are their married peers, but they are less likely to maintain healthy habits such as eating breakfast and exercising regularly.

No one, the researchers stress, should infer from their findings that “divorce and its correlates are uniformly bad for health, whereas marriage and its correlates are uniformly good for health.” Nonetheless, the overall finding of this study is unmistakable: “on average, divorced adults are at increased risk for early mortality relative to their married counterparts.” That simple finding sums up the tragedy of tens of thousands of lives cut short prematurely since the Divorce Revolution began some 40 years ago.