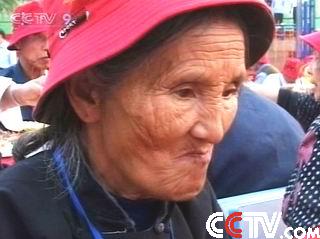 Have you noticed how old we are getting? Down at the shopping mall grandparents leaning on sticks and walkers bid fair to outnumber babies in prams. Perhaps that is because, mid-morning, most of the babies are in daycare and their mothers at work, clearing the decks for the older generations. Even so, the world definitely is getting older, not younger.

Sometime in the next decade, for the first time in history, the number of people over 65 will overtake those under five. Sounds a little scary? Well, get used to it. According to a new report from the United States government, things will probably stay that way for the rest of human history.

"We are aging — not just as individuals or as a community but as a world," says the report from the National Institute on Aging. "In 2006, almost 500 million people worldwide were 65 and older. By 2030, that total is projected to increase to 1 billion — 1 in every 8 of the earth's inhabitants." People aged 85 and over are now the fastest growing portion of many national populations.

Global aging represents the "triumph" of medical, social and economic advances over disease, says the report, Why Population Aging Matters. At the same time, it presents "tremendous challenges". To see why, one only has to look at Japan.

The oldest country in the world

Demographically, Japan is the oldest country in the world: already one in every five of its citizens is over 65, and half the population is over 42 years. The Christmas tree shape of Japan's age pyramid in 1950 has turned into a kite, with the widest part near 80. This is what happens when a prosperous country with increasing longevity (at 82, Japan's average life expectancy is the highest in the world) forgets about having babies. Japan's birth rate has gone from 3.65 children per woman in 1950 to 1.32 in 2005.

Does it matter? After all, Japan is still a rich and economically powerful country with 127 million people who are healthy on the whole, well educated and skilled. People like that can keep working well past the traditional retirement age (60, until recently, for men) to compensate for fewer workers in the younger age groups. Mothers, who usually leave the workforce once they have a child, can keep working on the same basis as their European and American counterparts, taking advantage of child care facilities and other family-friendly policies. The resulting "work-life balance" means all workers will be more productive. Perhaps it will even boost the birth rate. That is the optimistic line taken by The Economist this week in discussing the aging and shrinking of Japan's population.

Yes, shrinking. That is the other, more dramatic part of Japan's demographic story. Starting in 2005 each year sees a reduction in the number of Japanese, resulting from an excess of deaths over births. This is not compensated for by immigration as it is in European countries such as Germany where native population is also on the decline.

Ecological extremists might regard this new trend as something to celebrate, but think what it means when most of the shrinkage is amongst the younger age groups. For example, today there are four people of working age to every retired person but by 2030 there will only be two workers per retiree, and by 2050 the ratio will be three to two. Already, The Economist points out, Japan's state pension system is in difficulties. Even if people work for more of their lives and more productively, this problem seems likely to get worse.

Again, pensions are not the only burden that increases with aging. The longer people live, the more health care and personal support they need. Such support in Japan was once provided almost exclusively by married children or other relatives. But with fewer children around that support has dropped to about 50 per cent and new social arrangements have to be made.

Nothing is really inevitable in human behaviour. How will Japan's grey population use its political muscle? Will it change its xenophobic attitude to foreigners and open its doors to immigration? Will — and this is the biggest challenge of all — its young people rediscover family and fertility? Depending on the answers to these questions Japan's future could be better or worse than it seems. One thing is certain, though: aging Japan is a very different country to the military power that shook the first half of the 20th century, and to the economic dynamo that took its place.

The same can be said, and for similar reasons, of Europe and many of its allies. Only the United States, with its just-on-replacement birth rate seems set to hold its own in the world economically and politically, despite aging.

Where the youth are

Let us leave the world of pension crises and geriatric homes for moment and visit the other side of the demographic spectrum — in particular the Muslim world with its huge youth population, explosive energy and religious vision.

The Arab states alone have 320 million people, a population growing at the rate of 2 per cent a year compared with 1.4 per cent for the less developed countries over all. Birth rates, although declining in many countries of the region, are still at least twice as high as Europe's 1.4 children per woman, and one in three people are under the age of 15.

Despite the wealth of some of these countries (and some are desperately poor) the sheer competition for employment drives many young people to look for jobs in Europe or further afield. Poverty, political strife and war impels others. As recent events in Britain involving young Muslim doctors has highlighted, the demographically challenged West needs these workers. It needs other people's children and will need them more and more. And when you need people's fertility and labour, you have to accept their beliefs and values. Hence, those who see Europe turning into "Eurabia" this century, with all that it implies for global politics, may be right.

What is important here is not sheer numbers, but youth. Not just population but demography. China, after all, is the most populous country on earth, with 1.3 billion people and a booming economy. And yet China faces possibly the biggest aging crisis, the biggest pension and health crisis and the biggest workforce crisis of all. "Today’s great powers became affluent societies before they became aging societies. China may be the first major country to grow old before it grows rich," said a 2005 report into China's pension funds, The Graying of the Middle Kingdom.

In 1970 there were eight working-age adults aged 15 to 59 in China for every elder aged 60 and over. Today, there are about six. In 2040, assuming current demographic trends continue, the number will fall to just two. There will be twice as many men and women over 60 as children under 15. The report's forecast is sombre:

"China is poorly prepared to care for a rapidly increasing elderly population, and the time to address the challenge is running dangerously short. The existing retirement system covers only a fraction of the population and, as the state-owned sector where coverage is concentrated downsizes, it is running into financial trouble. Tens of millions of Chinese reaching old age over the next half century will have no pension or health-care coverage at all. All that stands between them and a destitute old age is the family—and the family may no longer be up to fulfilling its traditional support role."

Large numbers of impoverished aging citizens could see China in future decades just as consumed with internal politics — even strife — as Japan is set to be.

What of the rest of the world? Are the other developing countries going to make a difference? One of the most surprising facts highlighted by the Why Population Aging Matters report is this: "Significantly, the most rapid increases in the 65-and-older population are occurring in developing countries, which will see a jump of 140 per cent by 2030."

Through international bodies and aid programs the developed countries have gradually imposed their own patterns of fertility (or infertility) on much of Latin America, for example. According to United Nations statisticians, the speed of population ageing in Latin American and the Caribbean is "unprecedented". The time it will take for a typical country in Latin America to have 15 per cent of its population over 60 is about one-third of the time it has taken the US and Western Europe. "Barring unprecedented economic conjunctures, the fate of countries in Latin America and the Caribbean will be dominated by rapid ageing paired with precarious standards of living," says the UN.

The same thing is happening in sub-Saharan Africa, which is currently the object of intense efforts by the international family planning lobby. The region is the fastest growing in the world at 2.2 per cent per year, its population doubling between 1975 and 2005 — from 335 to 751 — despite the ravages of AIDS. It is projected to reach 1.1 billion by 2025.

This prospect has the leaders of the developed world in a lather of anxiety — because, they say, high population growth makes it more difficult to combat poverty. The population arm of the United Nations insists that most African women want fewer children. Fewer children, more development, less poverty, is the catch-cry.

But as we are now painfully aware, through reports such as the one from the National Institute of Aging, attacking the birth rate to solve the problems thrown up by longevity, or even underdevelopment, leads to a downward spiral of anti-natalism that could make us all poorer in the end.

So, stop worrying about the Muslims and start looking further down the African continent. The decisive battle over demography, and global politics for that matter, may well be fought there.