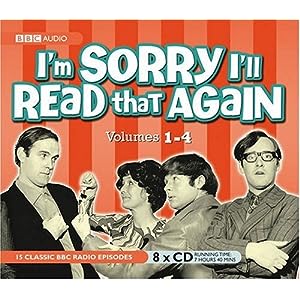 The following is an excerpt from a press conference called by Chancellor Clarence Winters of Puce University in Philadelphia.

I come before you today to answer allegations that I have been insensitive and cruel in a talk I gave at a recent campus meeting. There I explored the possibility that there were innate differences between men and women, revealed by test scores, and that account for the fact that comparatively few women go into the sciences and engineering. I hoped it was not the case, but I thought the issue worthy of discussion and study. I also posited the theory that there were sociological reasons for the under-representation of women in these fields, such as the demands of family life.

As I made clear, my remarks were speculative and delivered unofficially. I had been asked to say something provocative, and I honored the request.

In the ensuing uproar about my alleged sexism, I have publicly apologized for my remarks 19 times. I also released a transcript of my talk, which I admit was rather lengthy and rambling. Now I wish to go a step farther.

Before announcing some specific reforms on campus, I must call your attention to the fact that I have always been and continue to be, a firm believer in political correctness. I have justified in public every move to hire on the basis of race, color, and gender. I have let hiring “goals” become “quotas.” I have believed in the priority of promoting women and people of color as a remedy for crimes committed from the beginning of time by the ancestors of white males on the faculty and staff. I have never objected to the suppression of right-wing speech, and, you’ll recall, I was instrumental in getting police charges dropped against the “Howard Dean Eight” who destroyed every copy of a recent conservative campus newspaper.

I have endorsed the creation of every ethnic studies department, insisting it was impossible that they might be racist and anti-intellectual. You will also recall that I banned Charleton Heston from appearing at a campus film festival on the ground that he was a gun-loving fascist. No pro-lifer has ever been permitted to express her or his ignorant opinions on this campus. I have been in favor of grade inflation, of granting as many degrees as possible (for the good of the economy), and have been a staunch supporter of students and faculty espousing Palestinian rights. You’ll also recall that I have cracked down on hate speech, once driving 133 evangelical Christians off campus.

So by all accounts, before my speech of February 28, I was a proper academic. That’s why you hired me. My prodigious fund-raising record also played a role in my selection, of course, and I trust that I have fulfilled your expectations on that score. With a $20 billion endowment, we will soon be able to pay campus workers more than the minimum wage. Some 60 percent of the faculty are now full-time. Puce is on the move.

But I understand that I need to do more to square myself with the faculty and with the enlightened public as a whole. So here are three reforms I am putting into place immediately.

* Henceforth, no one on campus will be permitted to discuss or read about gender, racial, or ethnic differences. The assumption will be that there are none, and that all honest research reflects that fact. The library will refuse to purchase books that contradict this policy, and professors who assign reading contradictory to this mandate do so at their peril. This rule is issued in the pursuit of intellectual integrity and fairness.

* Every department office on campus will have a fainting couch, smelling salts, and a nurse available at all times in case any female faculty member is overcome by nausea at insensitive remarks made by administrators, professors, and students. This policy is not to be interpreted as degrading to women or revealing any difference between the sexes. It is about compassion and diversity.

* I am henceforth appointing a full-time Assistant to the Chancellor to read and approve any documents emanating from this office. This is not about censorship or self protection. It is about equality and dignity. As of tomorrow, Kim Yee Jefferson-Diaz will hold this position.

Lastly, I have called this press conference to announcement my resignation, effective April 1, 2011. I feel, frankly, that I have let down the high standards of Puce, a new and distinguished research institution, by suggesting thought contrary to established norms. I have violated academic freedom with my callous call to study improper topics. Above all, I have insulted women by even supposing that they are in any way different from men.

I am only 56, and there are still mountains to climb. But rather than retire to a think tank at a six figure salary or becoming a news reader at CBS, I’m going to make reparations for my sins. There is a Tier 4 (US News rankings) bottom-feeder college in the Midwest that needs my help. I can teach reading and writing to seniors. And I will do so ever mindful of my callous disregard for women at Puce and throughout the globe. Once again, I apologize.