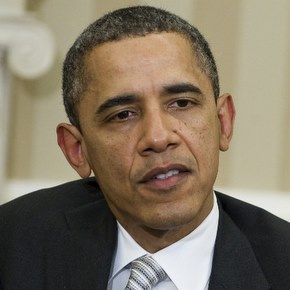 As The Economist expressed it for everyone else who wants to know: “One question, Mr. President…just what would you do with another four years?”

They asked on the newspaper’s cover.

From the Leader story:

In Denver four years ago, an inspiring presidential candidate announced that he would change America. Barack Obama promised to put aside partisan differences, restore hope to those without jobs, begin the process of saving the planet from global warming, and make America proud again.

[This] week Mr Obama will address his fellow Democrats at their convention in Charlotte, North Carolina, with little of this hopeful agenda completed. Three million more Americans are out of work than four years ago, and the national debt is $5 trillion bigger. Partisan gridlock is worse than ever: health-care reform, a genuinely impressive achievement, has become a prime source of rancour. Businessfolk are split over whether he dislikes capitalism or is merely indifferent to it. His global-warming efforts have evaporated. America’s standing in the Muslim world is no higher than it was under George W. Bush, Iran remains dangerous, Russia and China are still prickly despite the promised resets, and the prison in Guantánamo remains open.

So far, so underwhelming

The defence of Mr Obama’s record comes down to one phrase: it could all have been a lot worse.

The Economist raises some good points and questions in the piece, poised as everyone is to hear the president and his party draw distinctions between their vision and the Republicans as the Democratic National Convention begins.

[H]e needs to distinguish between a creditable desire to help the weak and a dangerous preference for the public over the private sector. The jobs that poor Americans need will be created by companies. Smothering firms in red tape is not the way to help them; Mr Obama should vow to stop adding to it, and to start cutting some of it away. The party faithful in Charlotte might not like centrist ideas much. But they would appeal to the voters Mr Obama needs to win over and, should he be re-elected, they will strengthen him in his dealings with the Republicans in Congress.