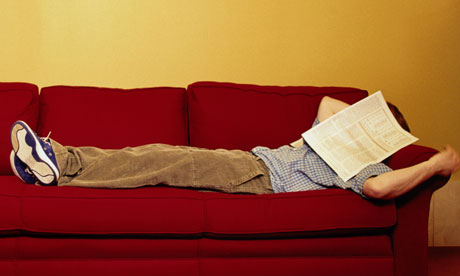 One of the most shocking medical malpractice and human rights violations stories in recent US history has been running in a courtroom in Philadelphia for a month but you wouldn’t know that from following NBC, CNN, The New York Times or practically any other major news outlet. The trial of Philadelphia abortion doctor Kermit Gosnell involves a sensational 281-page Grand Jury report and horrific testimonies that should have been making page one headlines the past few weeks, but only in the last few days have most of the country’s major news media paid any attention to it.

Now they are intent on covering their backsides by pointing out that conservative news sites have been silent on the trial as well, and offering threadbare excuses like this one from the executive editor of the Washington Post, Martin Baron: “I wish I could be conscious of all stories everywhere, but I can’t be. Nor can any of us.” Really? Not even stories involving the systematic and deadly exploitation of poor, mainly black women over 30 years and the infanticide of several babies?

Even as the others began beating their breasts, however, the New York Times, which had said nothing about the Gosnell trial since March 19, just after it opened, was defiant. The editorial board, no less, put their heads together and on Saturday published a piece called “Courage on Abortion in Wichita, Kansas” — a tribute to the doctor who has revived the abortion clinic of Dr George Tiller, the abortionist who was shot dead by an extremist four years ago.

Actually, the Times used a similar tactic when the Gosnell scandal first broke in January 2011. As Michael Cook pointed out at the time, they buried the story in the back of the paper and instead prominently displayed a feature that began: “Congratulations, New York City, did you hear the news? … This is officially the abortion capital of America.” You can’t state your priorities more brashly than that.

This latest attempt at diversionary tactics, however, did not come off. A Twitter campaign over the weekend attacking the paper for editorialising about Wichita while ignoring Philadelphia led to two damage control pieces being published on Monday, one from the public editor, Margaret Sullivan, and one from Andrew Rosenthal, the editorial page editor.

Ms Sullivan admitted: “Judged on news value alone, the Gosnell trial deserves more coverage than it’s had, in The Times and elsewhere.” But she dismissed the accusation that its blackout was the result of left-wing media bias favouring abortion rights. “The behavior of news organizations often owes more to chaos theory than conspiracy theory,” she wrote. “I don’t think that editors and reporters got together and decided not to give the Gosnell trial a lot of attention because it would highlight the evils of abortion.” Chaos? At the New York Times? That’s not how it looks when it goes after stories like sex abuse.

Mr Rosenthal, however, conceded little: “The last I checked there’s no rule that a newspaper, or that paper’s editorial page, has to run one piece about a bad clinic for every piece celebrating a good one.” Instead he attacked those who “use this case to ‘prove’ that abortion is wrong” and used the case himself to champion “safe, affordable and available women’s reproductive health care.” It remains to be seen whether the Times stops worrying this political bone for long enough to focus on exactly what did and did not happen in Gosnell’s abortion mill.

Not even the most vehement anti-abortionist could have imagined what happened in the cynically named Women’s Medical Society. In testimony earlier this month Stephen Massof described how, as an unlicensed medical graduate, he helped Gosnell perform late-term abortions, “snipping” the spinal cords of babies as they were delivered. It was “literally a beheading,” he said. “It is separating the brain from the body.” At times, he said, when women were given medicine to speed up their “deliveries”, “it would rain fetuses. Fetuses and blood all over the place.”

From the Grand Jury report two years ago Michael Cook drew the grisly outlines of the case:

“This is about the betrayal of poor, scared women, mostly young, mostly black or immigrant. At least two of them are dead. Many had their wombs and bowels perforated. Many were infected with venereal disease with unsterilized instruments.

“This is about hundreds of infanticides in which live, viable, babies in the third trimester of pregnancy were delivered – and then murdered by snipping their spinal cords with scissors. One of them was so developed that the doctor joked, before snipping, ‘he could walk me to the bus stop’. It is about thousands of abortions.”

When law enforcement authorities entered the facility in February 2010 looking for evidence of illegal drug prescribing, this is what they found:

“There was blood on the floor and urine was splattered on the walls. A flea-infested cat was prowling around, and there were cat faeces on the stairs. Semi-conscious women scheduled for abortions were moaning in the waiting room or the recovery room, where they sat on dirty recliners covered with blood-stained blankets.

“The two surgical procedure rooms were filthy — like “a bad gas station restroom”, said a policeman. Instruments were not sterile. Equipment was rusty and outdated. Oxygen equipment was covered with dust. Corroded suction tubing for abortion procedures doubled as a suction source for resuscitation. It stank.

“Foetal remains were haphazardly stored throughout the clinic – in bags, milk jugs, orange juice cartons, and even in cat-food containers. Some were in a refrigerator, others were frozen. The investigators found a row of jars containing just the severed feet of foetuses, like voodoo fetishes. In the basement, they discovered medical waste piled high.”

Of course, The New York Times is not alone in thinking all this, appalling and criminal as it is, is less important than the right of women to have their babies killed hygienically and within the time constraints of the law by caring, ordinary abortionists, heroic defenders of women’s rights who are not a bit like Kermit Gosnell. Not one little bit. Says a Jezebel columnist: “Gosnell is not your typical abortion provider; these brave, caring people are your typical abortion providers.”

How does she know that? Has anyone done a survey of abortion doctors and measured their niceness. It’s quite likely that most of them are immigrants who can’t find another job, or drug-addled American doctors. The nice, dedicated abortionists are probably few and far between. In any case, no-one knows.

But the real story in all this is why Gosnell wasn’t picked up earlier. Where were the checks on his activity? There are many suspects here: state health authorities that reviewed him only four times in 31 years; the hospital of the University of Pennsylvania which dealt with several of Gosnell’s victims but never reported him; the National Abortion Federation which declined him membership after a visit but also said nothing to the authorities.

In 2009 a Nepalese immigrant, Karnamaya Mongar, was given so much anaesthetic at Gosnell’s clinic that fell unconscious and died in hospital. Asked why the death was not followed up the chief counsel for the Pennsylvania Department of Health explained: “People die”.

The Grand Jury report gives enough leads. Why aren’t the Times and the Washington Post asking questions about this?

As Conor Friedersdorf wrote in The Atlantic a few days ago:

“But it isn’t even solely a story of a rogue clinic that’s awful in all sorts of sensational ways either. Multiple local and state agencies are implicated in an oversight failure that is epic in proportions! If I were a city editor for any Philadelphia newspaper the grand jury report would suggest a dozen major investigative projects I could undertake if I had the staff to support them. And I probably wouldn’t have the staff. But there is so much fodder for additional reporting.”

What else but the commitment of liberal media to protect abortion rights at all costs can explain the fact that such investigative reports have not appeared yet? (Just think of the resources the NY Times poured into the Catholic clergy sex abuse scandal three years ago — and since.) Liberal apologists are churning out columns denying even the existence of this bias, saying there is no “evidence” and attributing it to a conservative victim mentality.

What is a month-long silence on Gosnell’s trial from the USA’s leading newspaper and its editorial “celebration” of a new abortion clinic but evidence of bias? What else is its constant monitoring of even the slightest threat to liberal abortion regimes and campaigning for “affordable” (fully funded) abortion services?

And if it comes down to evidence, what about this: everyone agrees that infanticide and lethal mistreatment of patients is criminal and that Gosnell should at least go to jail for it, but the abortion-friendly media want to treat him and his ghastly clinic as a rogue phenomenon. Where is their evidence? Have they even tried to look? If authorities in one state or city can ignore 30 years of malpractice, why can’t it happen somewhere else? The Grand Jury said: “We have no idea how many facilities like Gosnell’s have remained out of sight, out of mind of DOH for decades – since they were first ‘approved’.”

When the Times and the Post and the others calling for “evidence” that they are biased start taking up the challenge in that statement we can start believing that they are not.