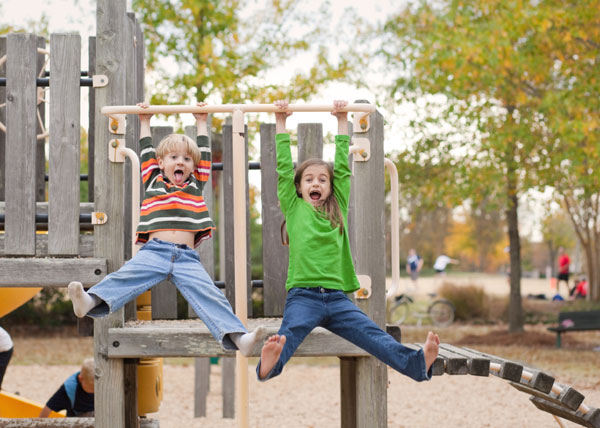 In New Zealand, one headmaster has reportedly “thrown out” the playground rulebook. That’s right – no more reprimanding the kids for going too fast on their scooters, climbing trees, or playing with branches. He’s decided to let them just be kids, even with the risk of injury that it brings, in the hope that this will make them more resilient, creative and re-energised to work after their breaks.

It was a bold move in a culture where we tend to want to swaddle kids in cotton wool, ensure that they never hear a negative word, prevent every cut or bruise, and sue someone if (woe betide) there should ever be a broken bone. But the results have been great: parents have supported the change, teachers have slowly come to grips with such a thing, and other schools are thinking about reintroducing everyday risk into the lives of children.

It’s nice to hear of an educator who is less worried about the politically correct thing to do and more concerned about the wellbeing of the children. And he can already see the benefits – for one, kids don’t seem to be hurting themselves any more. They return to classes refreshed, they are encouraged to be physically active, and they have less time to tell on other kids because they are distracted with good old-fashioned playing. They are using their imaginations again in their games, and if they do get hurt, they are learning to build their resilience and solve problems.

Why are we so protective of kids these days? An article in The Atlantic points out that while 80% of UK third-graders walked to school themselves in 1971, that figure had dropped to 9% in 1980. The author argues that over the years, and with more court cases as a result of playground accidents, the idea of hazards grew to include any known risk – even if it be something as simple as uneven ground.

It makes me wonder at which point we go too far – of course every parent wants their child to be safe, but at what point does it cross over to overprotective insanity that will leave them unable to deal with the most inconsequential of risks when they are older? How should parents find a balance?