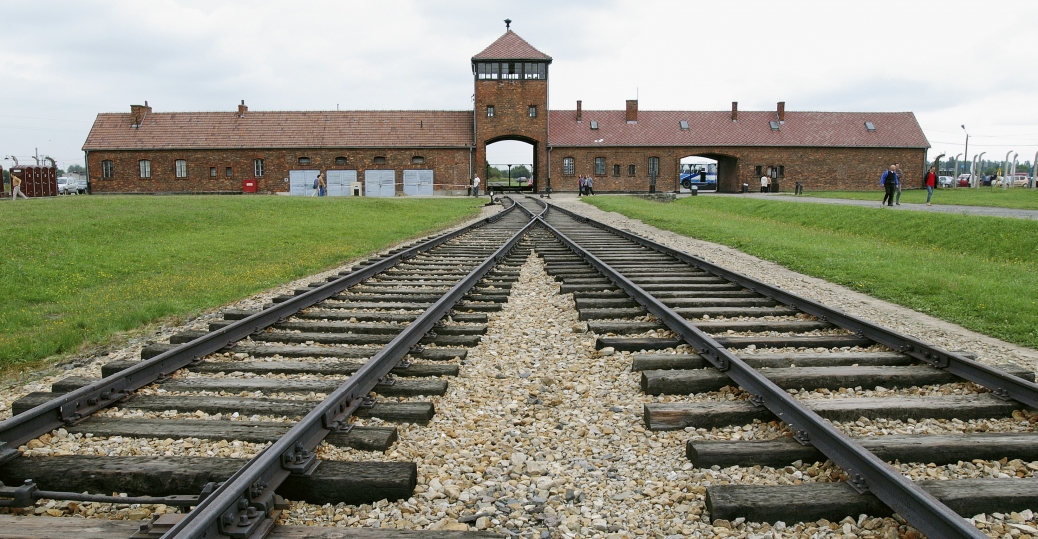 Today, January 27, is Holocaust Memorial Day, the 70th anniversary of the liberation of Auschwitz by Russian troops. Lieut. Ivan Martynushkin, of the Red Army, was one of the first to enter the camp. The guards had fled and only about 7,500 prisoners remained, peering fearfully through the barbed wire. They spoke a Babel of languages.

“We saw emaciated people — very thin, tired, with blackened skin,” Martynushkin, now 90, told Radio Free Europe. “They were dressed in all sorts of different ways — someone in just a robe, someone else with a coat or a blanket draped over their robe. You could see happiness in their eyes. They understood that their liberation had come, that they were free.”

The handful of survivors were the lucky ones. About 1.1 million people died at Auschwitz-Birkenau, about one million of them Jews. The Nazi extermination machine transported them from all over Europe by train. Upon arrival most of them were marched to gas chambers and their bodies were incinerated.

There is something peculiarly terrible about Auschwitz. It has become a place of pilgrimage but I doubt if most people could say what draws them there. No doubt some are just curious. Others must be drawn by a desire to make atonement in a small way for the evil done there.

Genocide did not stop after the world learned about Auschwitz. Even as the commandant of Auschwitz, Rudolph Höss, was being hanged in 1947, innocent men and women were still being herded into Soviet gulags. Tens of millions died in the 1950s in Mao’s China, millions in Cambodia in the 1970s, hundreds of thousands in Rwanda, thousands in Bosnia. It continues today in Nigeria, in Iraq and Syria and in Dafur.

If that is the case, what is the significance of this anniversary? There are many different interpretations, ranging from anti-Semitism, to racism, to the unique evil of Nazism, to the denial of our common humanity.

All of these capture part of the truth. But 70 years on, they make us feel that we are incapable of repeating these atrocities. We are too well educated, too civilised. When we say “never again”, we are probably thinking that other people should never commit these crimes again.

However, the men who planned the extermination of Jews, Poles, Russians, Roma and other ethnic groups came from what may have been the best educated, most civilised, country in Europe. Surely there is a continuity between them and us; “them” is “us”.

Like the Germans of the 1930s, we are children of the Enlightenment. At the heart of Enlightenment thinking are the twin convictions that human reason is a tool for dominating the world around us and that personal freedom is the yardstick for measuring everything. Divorced from God, human reason becomes just a tool for using the world. The limitations of the human condition can be transcended with efficient technology. Divorced from truth, freedom becomes the will to power.

A powerful supporter of this critique of the Enlightenment is the Polish sociologist and philosopher Zygmunt Bauman, a one-time Communist, who left Poland in 1968 when Jews were purged from the civil service. In his 1989 book Modernity and the Holocaust and elsewhere he argues that Auschwitz is the culmination of technological thinking:

It arrived … in a factory-produced vehicle, wielding weapons only the most advanced science could supply, and following an itinerary designed by scientifically managed organization. Modern civilization was not the Holocaust’s sufficient condition; it was, however, most certainly its necessary condition…

The Holocaust was not an irrational outflow of the not-yet-fully-eradicated residues of pre-modern barbarity. It was a legitimate resident in the house of modernity; indeed, one who would not be at home in any other house.

This is a highly controversial angle on the most controversial event of the 20th century. But unless we grasp the fact that the Enlightenment views of rationality and freedom which permeate our own culture are deeply implicated in the atrocity of Auschwitz, more atrocities are likely to happen. In fact, they are happening already. Abortion is the prime example, with the mother’s rights triumphing over the truth of the life of the foetus.

Since we are so steeped in this outlook, it is hard to see the link between Hitler’s willing executioners and our own moral choices. It’s hard to find a better example of this than a recent tour of Auschwitz for right-to-die supporters led by Belgium’s most famous euthanasia doctor, Wim Distelmans. Distelmans called the death camp “an inspiring venue” and said that “There is obviously no link between euthanasia in Belgium and what happened in Auschwitz.”