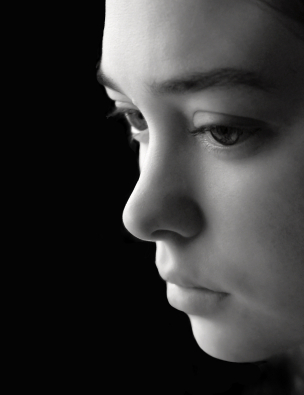 If you have undergone modern sexual education, followed the gay-marriage debates on television, or simply unconsciously imbibed the sexual ethos of this culture, you are probably familiar with the idea of sexual orientation. This is the theory that every human being has an innate, fixed set of sexual attractions either for the opposite sex, for their own sex, or for both.

This is the Western understanding of homosexuality that has developed over the course of the past couple of hundred years. It was first formulated around the time of the French Revolution, and gained currency with the rise of the psychological sciences during the twentieth century. For about a hundred years now the fundamental point of disagreement has centered around the question of whether same-sex attraction is a biological trait, or a psychological disorder. At the moment, most gay-rights rhetoric assumes the former (though this is by no means universally believed within the gay community) while most conservative organizations assume the latter.

What remains unexamined is the assumption that this is an accurate way of envisioning human sexuality in the first place. There has been some work by feminist and lesbian scholars suggesting that female sexuality, at least, is more fluid than “biology” suggests. The terms “LUG” (Lesbian Until Graduation) and “hasbian” both bear tribute to the fact that some women experience same-sex attractions at a particular point in their lives, and then transition into a heterosexual identity without suffering any psychological upheaval. Other women may comfortably embrace a heterosexual identity and lifestyle for years, only to have same-sex attractions arise late in life.

“I was certain that I was a lesbian”

I fell into the former category: earlier in my life, I was certain that I was a lesbian. I was secretly involved in a lesbian relationship for years, and my attempts to date boys on the side ranged from dismal to disastrous. I found physical intimacy with men uncomfortable at best. When I became a Catholic, I still believed that homosexuality was immutable, and I did not believe in “praying away the gay”. It came as something of a surprise, therefore, when I found myself falling in love, and being physically attracted towards a man.

Bisexuality would not seem to account for the change. I have not experienced on-going, relatively equal attraction for both sexes. There has been a substantial, noticeable, and decisive swing in the attractions themselves. I would now find the prospect of sexual involvement with a woman just as uncomfortable and sexually unappealing as I once found the idea of intimacy with men.

There is some acknowledgment of this sort of thing in the scientific literature, but almost never discussed in the public forum. The dogmatic assertion that if you are gay once, you will always be gay, overshadows the real experience of women who have undergone a change in their sexual attractions.

Although this experience is more common among women, there is evidence that some men have similar experiences. David Morrison, in Beyond Gay, describes a change in his attractions following a religious conversion. Other writers, usually evangelical Christians, have reported a similar experience. On the other side of the fence there are men like Jack Malebranche, whose book Androphilia describes his homosexuality in terms of preference and choice. It was something that he tried because he was “a kid who wanted to try everything that everyone else was afraid of”, and found that he liked it.

The grace of God and electroshock therapy

The primary problem with the idea of innate gayness is that it undermines the integration of sexuality into a complete human identity. Those who place homosexuality at the center of their identity do so by choice, not by necessity: they choose to prioritize sexuality above other aspects of the self, and to build up an identity from that foundation. Other people may place different concerns – ideology, religion, culture, family – on a more important footing.

Unfortunately, the current models of homosexuality deny the legitimacy of such choices. Literature on the subject routinely claims that if someone experiences homosexual desire, it is deeply injurious not to pursue that desire. Other considerations are to be modified or cast aside in order to develop a gay or lesbian identity.

Most of the literature that takes this line justifies it by pointing to “cures” that have proved ineffective and damaging. The twentieth century produced some truly macabre methods to change same-sex attraction: testicular transplants, electroshock therapies, Clockwork Orange style brainwashing experiments, and various forms of psychosocial humiliation have all been tried, with predictably bad results.

From this arises the assumption that anyone who changes their sexuality must be doing something equally self-deforming and bizarre. I was put into this pigeonhole once when I was portrayed in a made-for-TV movie; the character loosely based on myself had suffered electroshock therapy and was married to a man who looked more like a woman than she did. In reality, I’ve had no contact with shrinks, or with ex-gay self-help groups, or with straight-boot-camp, and I’m married to a man who resembles a Byzantine icon of an Old Testament patriarch.

For me, as for others, it was a matter of other things being more important than sexuality. My ideological and philosophical identity was always the most fundamental aspect of my self; when my ideology shifted, my sexuality followed it quite naturally, without any need for bizarre or damaging outside interventions.

Obviously this is not the case for everyone, but it is common enough to seriously undermine the idea of a fixed sexual orientation.

Sexual orientation cannot be reduced either to biology or to psychology, because sexual attraction cannot be so reduced. Attraction is a complicated matter. People are attracted to others who share a similar sense of aesthetics, to people with similar ideological convictions, to those who resemble characters from movies or books that are personally appealing, to those with whom they have close emotional relationships, and so forth. We are not like animals whose attractions are based solely on the length of the dominant male’s eye-stalks, or the color of his plumage.

Everyone has had the experience of being sexually attracted to someone, and then having the fires doused upon learning that the object of their affections has odious habits or holds an offensive set of beliefs. Most people have also had the experience of finding someone physically unappealing at first, and of coming to feel differently as an emotional relationship develops.

To a certain degree this is the result of natural change, but it is also influenced by one’s choices. Emotional relationships develop because of the choice to spend time with another. Ideological positions are a collaboration between the intellect and the will. Aesthetics can change as a result of deliberately seeking or eschewing certain types of beauty. Human personality is not fixed; it is malleable. It may not be possible to make radical changes all at once, but the will is much more powerful than the rhetoric of biological determinism gives it credit for.

This is just as true on the level of classes of people as it is on the level of individuals. A man who is originally repulsed by people of different races can teach himself to see the beauty in those who do not resemble him. A woman who finds men frightening or off-putting can develop an increased understanding of, and respect for masculinity. These changes are not only possible, they happen all the time – and they can happen to people who think that they are incapable of having a sexual relationship either with women or with men.

Which is why I do not believe in sexual orientation as a fixed variable in human personality. Human identity is too rich, too multifaceted, too unpredictable and varied for such a simplistic notion to encompass or explain it.

Melinda Selmys is the author of Sexual Authenticity: An Intimate Reflection on Homosexuality and Catholicism (Our Sunday Visitor, 2009). She is a regular columnist with the National Catholic Register, and the fiction editor for www.vulgatamagazine.org

Melinda Selmys is the author of Sexual Authenticity: An Intimate Reflection on Homosexuality and Catholicism. She is a homeschool mother with six children, writes for the National Catholic... More by Melinda Selmys