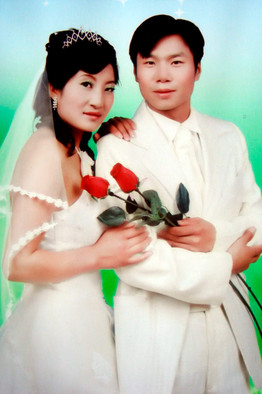 It had to happen. In China, as you probably know, there is a dearth of eligible women and an surplus of eligible men after years of sex-selective abortion. What would you expect when you have a scarce commodity? Higher prices and criminal scams. Which is what is happening.

The Wall Street Journal features a heart-wrenching interview with 27-year-old Zhou Pin, in Hanzhong, a rural village in central China's Shaanxi province. He was one of 30 men in his village who could not find a wife. Last December his mother learned that three eligible young women were visiting a friend from neighboring Sichuan province who had recently married a villager.

Mr Zhou fell for the youngest, Cai Niucuo, and proposed. She accepted – but she asked for a bride price of 38,000 yuan, or roughly five years' worth of farm income. Mr Zhou agreed and they were married at the local registry office. She proved to be a dutiful daughter-in-law, so nice, in fact, that other villagers asked her to recommend brides for her sons. She found two, who also paid the bride price.

On January 28, all three of the women disappeared, taking their bride price with them. When local officials investigated, they found that Mrs Zhou had been one of 11 runaway brides in Hanzhong in the first two months of the year.

Most of the 11 families involved lost an average of 40,000 yuan. Officials consider these to be fraud cases. So if caught, the women could serve jail time, according to police. Meanwhile, Mr. Zhou is still lovelorn. "I feel I can't hate her," says the deserted husband, who is now so depressed his parents have forbidden him to leave the village, as he longs to. "She must have her own troubles." ~ Wall Street Journal, June 5