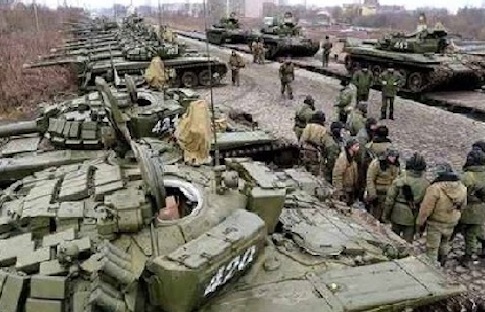 A little while ago I posted a blog entry about the demographic problems for Ukraine and its similarities with Russia in that respect. That was before the crisis of the Crimean standoff. Now, of course, the Russian absorption of the Crimean peninsula is a fait accompli and we are watching round two in Eastern Ukraine.

Some, myself included, have wondered how much of Russia’s aggression has been that of a declining power trying to recapture some past glory and to hide its current failings. Well, that may be the case, but at least for the moment one aspect of Russia’s outlook is somewhat brighter: its demographic outlook.

According to Mark Adomanis, writing in Forbes, Russia’s demography is continuing to improve from its disastrous outlook of a few years ago. According to Adomanis, Putin’s reign in Russia has coincided with an improvement in both public health and population stability. He writes:

“…Rosstat just recently its latest batch of statistics and Russia’s most basic population trends have continued to improve in the first two months of 2014. Through the end of February, births were stable at their 2013 level while the mortality rate decreased by about 3.5%. While all the normal caveats apply (monthly data is variable, January-February is a limited sample size, things could change substantially later in the year) Russia is currently on track to record its largest natural population growth since 1991.”

In fact, in the last five years the Russian population has grown by almost one million people, a huge reversal of its previous demography trajectory which saw its population shed about six million people between 1992 and 2007.

However, Adomanis is careful to note that this better demographic outlook cannot continue forever:

“It is true that structural factors will eventually cause Russia to revert to natural population loss: the generation born during the chaotic 1990′s is simply far too small to keep the crude birth rate at its currently level indefinitely. At some point before 2020 births will decrease, probably by a pretty significant margin. And as Russia’s population ages, as the relatively larger age cohorts get older, die off, and are replaced by the smaller cohorts born after the 1990′s fertility collapse, the death rate will also go up. There won’t be any sudden or sharp changes, but they will happen.”

So while the current demographic outlook of Russia is much better than it was five or six years ago, it seems as if the medium-long term is still less than healthy. Russia will have to rely on immigration to grow or stabilise its population, and that in itself is problematic.