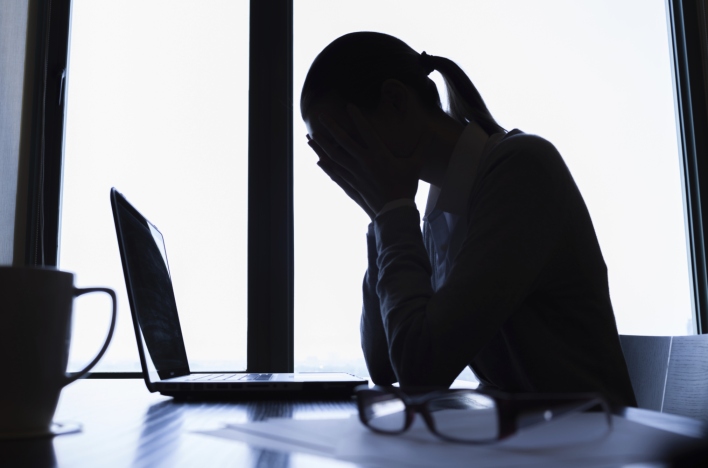 Online harassment can be really bad. Here’s one family’s story:

Since 2010, the Straters have been under assault from an online campaign of ever-increasing harassment—prank deliveries, smear attacks, high-profile hacks, and threats of violence against schools and law enforcement officials in their name—and it’s slowly torn them apart. Masterminding it all, Blair charges, is a teenage computer hacker from Finland, at war with him over a seemingly minor dispute spun completely out of control …

Such events could be seen as the harmless pranks of teenagers with too much time on their hands. When the family started getting notices about their utilities being disconnected, they realized things were escalating out of control. Utility provider Commonwealth Edison once called the house to iron out the details about a request to have the power turned off after a supposed move. Something similar happened with their trash service. On Halloween 2013, Comcast shut off their cable and Internet service.

The craziness included bogus 9-11 calls that brought out the police.

The hack attacks, which may have originated as a result of the son of the family suspending the privileges of a star hacker from a chat room, broke up the parents’ marriage,  left the mom unemployed (due to hacks posting racist material) and left the family homeless. Throughout, the authorities were completely useless. The Finnish teen they hold responsible received a light sentence in his native land.

It’s not as unusual a story as it should be.

From another corner, some worry about the dangers of going too far in curbing online harassment:

While threats and invasions of privacy are clearly illegal, most of what is defined as cyberharassment is far murkier. The label can be applied to harsh critical feedback, contentious arguments or mockery, particularly when it’s many mobbing one. Anita Sarkeesian, a feminist critic of videogames who has received death threats, told the recent U.N. panel on “cyberviolence” that harassment includes the “day-to-day grind of ‘You’re a liar,’ ‘You suck’?” and “hate videos” that incite such comments. Popular definitions of harassment also extend to “sealioning” — a recently coined term based on an Internet comic, “The Terrible Sea Lion” — which seems to mean little more than unwelcome attempts to engage someone in debate.

A barrage of hostile comments can be dispiriting. But nearly all this speech is protected under the First Amendment. While private companies can impose speech restrictions, such curbs by the Internet’s main platforms could imperil public discourse, especially if imposed in a biased way.

Too often, the progressive activists who dominate initiatives against cyberabuse — and advise major companies — openly advocate favoritism based on identity politics. More.

That could become inconvenient if one must defend oneself against a hacker who belongs to a favoured identity group.

Meanwhile, here are tips from five sources that may help with online safety:

Avoid participating on forums or sites that encourage anonymous posts, like Topix.com. These sites have a history of user complaints about allowing inappropriate content to remain on their sites and not taking sufficient steps to block the person who posted it.

Avoid using a revealing screen name. Choose a screen name that is gender and age neutral and that does not reveal your name or any personal information about you. If you have a racy or attention-grabbing nickname, be aware that this may cause you to be the target of unwanted attention.

From Fast Company: Keep up with social media efforts to combat the problem and co-operate with them.

After receiving a lot of bad press about how it handled Gamergate harassment, Twitter made a rush of announcements that included a more streamlined way for users to flag abusive tweets, improved features to help individual users report threats to law enforcement, and tripled the size of the human team at Twitter that fields user reports of online harassment. Twitter’s latest tool is a filter that users can turn on to automatically clean up their feeds—and, according to early reviews, this tool actually works.

From Norton by Symantec:

Do an online search for your name or your family members’ now and then to see what’s available about you and your kids online. Don’t be shy about searching social networks (including your friends’ and colleagues’), and be sure to remove anything private or inappropriate.

If they’re attempting to defame your reputation on other websites, then you’ll need to address that with the site directly. Always get a record of the offending material before contacting the website. Follow up by politely explaining the situation, that you’re looking to end this online harassment and request that the information may be removed. Be aware that there may not be a legal obligation for the site to remove the content, and the owner may refuse to do so.

The social media are, essentially, digital high seas, and there be pirates out there. Forewarned is, one hopes, forearmed.

See also: Coping with the shamestorms of social media (It happened to yer humble hack)

This vid provides useful approaches for teens fighting the routine cyberbullying that is probably much more common than the types of incidents described above: