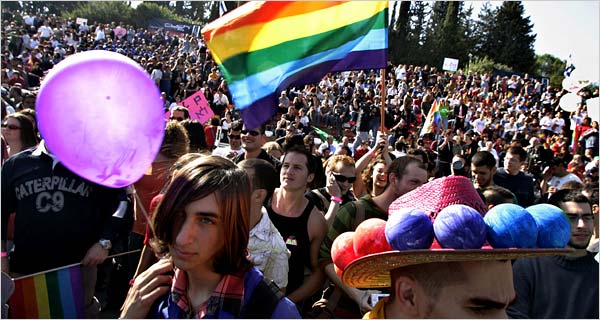 In May this year the California Supreme Court ruled that Proposition 22, which affirmed opposite-sex marriage, was unconstitutional. To date, only Massachusetts in the United States allows same-sex marriage. So what are the Canadian lessons for California and other states that will, in time, face a debate about the redefinition of marriage?

Firstly, where gay rights triumph, new rights battles begin. One example is over the rights of children. Another is over polygamy, which soon involves freedom of religion. A third battle is over freedom of speech — the right to publicly advocate traditional marriage can be challenged as homophobic. Secondly, where marriage is not understood as an institution, it cannot be defended adequately in the public square. In short, if North Americans are not educated on what marriage is, they will not, in the long term, support an exclusive definition, one that will appear discriminatory even if this is not the case or the intention.

Marriage as an institution is meant to constrain human behaviour, not liberate or grant rights. Put differently, where individuals have both rights and responsibilities, marriage falls more in the latter category; it is a responsibility, not a right.

Blankenhorn goes on to say this: “In nearly all human societies marriage is socially approved sexual intercourse between a woman and a man, conceived both as a personal relationship and as an institution, primarily such that any children resulting from the union are—and are understood by the society to be—emotionally, morally, practically, and legally affiliated with both of the parents.”

Keeping this definition in mind, any culture which sanctions same-sex marriage will place children’s rights at odds with adult desires. The January 2007 Ontario court ruling that a child could have three parents was inevitable because with same-sex marriage the concept of biological parenthood is immediately displaced. Same-sex reproduction immediately involves a third party. The idea of a “legal parent” replaced the idea of a “natural parent.”

And from three parents to polygamy: to date, our legislators have ignored the fact, revealed in February, that polygamous Muslim families are living in Toronto and claiming multiple Canadian welfare benefits in many cases. The logical and legal grounds to resist polygamy have been removed, making it difficult to prosecute.

Canadians, we are told, are laid back. But mention polygamy, and precisely the same cultural elites who sanctioned same-sex marriage become a little anxious. Will they accept that? Or will they trample religious freedom to prosecute polygamous families?

The right to practice religion freely has not fared well against gay equality rights. We see this most clearly through the human rights tribunals. In British Columbia, the Catholic Knights of Columbus were fined for declining to host a lesbian couple’s wedding reception. Chris Kempling, a teacher, was disciplined by the teachers’ governing body for a letter to the editor about homosexuality and in Alberta, on May 30, 2008, a pastor, Stephen Boissoin, was fined for the same, and ordered never to speak “discriminatorily” on the topic of homosexuality again.

Certainly, this is not the result of legalizing same-sex marriage. Many factors have combined to create an atmosphere in which marriage looks to be amorphous — the introduction of no-fault divorce and increasing rights for cohabiting couples changed how we view the institution. Marriage now looks to be strictly religious and strictly private. That it is not purely religious or private at all is lost as equality discourse prevails.

On August 16, 2008, presidential hopeful Barack Obama told a California church audience that marriage was between one man and one woman. California is not a conservative state, yet polls there show support for traditional marriage. But the law also acts as a kind of teacher, which means that, in time, Californians could vote differently, given the recent Supreme Court ruling.

Since same-sex marriage became law, Canadians have been quiet. This is largely self-censoring, led by the real possibility that speaking out will result in public maligning, or worse. California is at a crossroads that Canada has already passed. But both north and south of the border, we need to begin to learn about marriage as an institution, and let those lessons lead public policy in the future.

Andrea Mrozek and Peter Jon Mitchell are staff members of the Institute of Marriage and the Family Canada, a social policy think thank based in Ottawa. This article first appeared in the IMFC’s bulletin eReview.