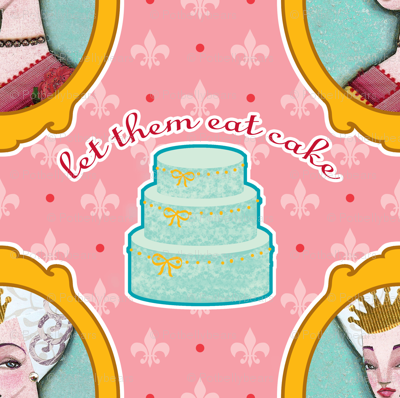 Is Nicolas Sarkozy trying to have Marie Antoinette’s cakes and eat them at the same time? It might seem so. He has responded to a series of questions put to him and other French presidential candidates by the gay lobby in France and from his answers it is clear he wants try to play this game. Looking for the votes which might otherwise be going to his main rival on the right, Marine le Pen, he has been talking up family values and the validity of natural marriage. But he is also trying to keep the gay votes on the left which his Socialist rival, Francois Hollande, has been garnering to himself.

He trails Hollande by between 8 and 16 percentage points, and is now – according to the French gay magazine Tatu – offering to create, a “marriage” ceremony that would be conducted by the government as part of the Pact of Civil Solidarity (PACS), a loose legal arrangement open to homosexuals in France. Tatu reports this on the basis of the answers given by Sarkozy to the questionnaire sent to him and the other candidates by the organisation sos-homophobie.

“I am ready to propose—it would be a matter of a decree—that the marriage ceremony, for a homosexual PACS, be made a right. The ceremony would permit a true social acceptance” of homosexual unions, Sarkozy answered in his response to the questionnaire sent to him.

Furthermore, he also accepted that cohabiting homosexuals constitute a family.

“A family can be one father-one mother, two fathers or two mothers. I think that it’s necessary to leave the situation as it is, in a somewhat unclear area, that we are not obligated to legislate for everything, to vote for laws for everything,” Sarkozy responded.

Hollande, who has no interest in the votes which might otherwise go to le Pen, says in his responses that he intends to create homosexual “marriage” by early 2013.

Sarkozy’s approach is essentially a compromise which he hopes will be seen by pro-marriage people as effectively only giving the appearance of marriage to homosexual unions while at the same time be seen by the gay marriage lobby as a step in their direction. These couples would not enjoy the same rights as couples in a true marriage. The Pact of Civil Solidarity – the French version of a civil union – is a weaker contractual arrangement, offering ease of termination, with minimal obligations. Crucially, they do not give the right to adopt children and Sarkozy says he has no intention of granting this.

Marie Antoinette’s cake solution did not save her head and the signs are that silly compromises are not going to do much for Nicolas Sarkozy’s head either.