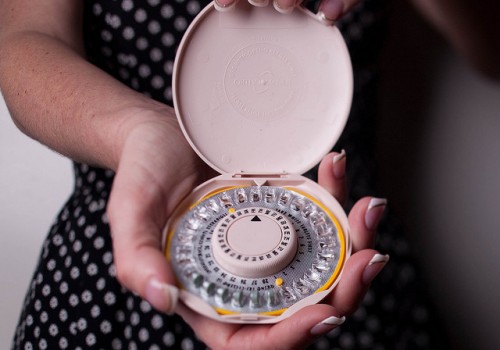 In the 1970’s and 1980’s, Paul Ehrlich’s book, The Population Bomb, successfully galvanized the general fear that population growth meant doom for our planet. It triggered international campaigns and policies aimed at controlling birth rates worldwide. But, while trying to save the earth with implementation of now disproven population policies and theories, we have endangered one key species: humans; specifically, women.

Women’s health has been put at risk by the widespread use of contraceptives and, for many, their own ecosystem has fallen apart and even become hostile. Two contemporary authors, Holly Grigg-Spall and Mary Eberstadt, while coming from radically opposed viewpoints on ethics and politics, each make the case that hormonal contraceptives have much to do with the endangerment of women.

“Symptoms ranged from significant increase in breast size and severe pain, mouth ulcers, loss of sex drive, significant increase in appetite leading to weight gain, monthly bouts of thrush, depression, fits of rage, fatigue, suicidal thoughts and loss of focus and motivation,” says a woman whose testimony is one of many that Grigg-Spall quotes in her book, Sweetening the Pill, about the negative effects of hormonal contraceptives. She adds that “teenage reproductive systems are shut down before they are fully developed.”

Grigg-Spall makes an essential contribution to the conversation on women’s health. She demonstrates that, despite the continuous “positive” discourse of the pharmaceutical system (under the guise of reproductive healthcare and justice, we may add), hormonal contraceptives are directly linked to women’s health disorders. She explains in detail how the pill’s mechanisms cause every woman to “experience, over time, impaired physical and mental health”. She lists extensive, direct effects brought on by various formulations: dehydration of the body, vitamin deficiency, suppression of the adrenal glands, and reduction of testosterone. These disruptions can result in increased allergies, low energy, poor sleeping patterns, increased blood pressure and stress, higher risk of heart attack, and low libido.

In addition, ample evidence points to the serious long-term health risks of these medications, including breast cancer and life-threatening blood clots.

The impact of the pill for Grigg-Spall was beyond physiological, she writes, citing her own struggles with the drug as she sought to prevent pregnancy at all costs:  “Through a decade of pill taking, I was completely cut off from any sense of my body’s true physicality.” She quotes Susan Faludi in Backlash, saying that “the suppression of ovulation and menstruation is physically infantilizing.”

In the healthcare sector, the contraceptive model has long been adopted and continues to shape treatment of women of reproductive age. “According to the medical industry, we are all disabled by menstruation and the conversation is framed by this ideology. There is no discussion of the benefits of ovulation,” Grigg-Spall writes. “Pregnancy is often described in terms that suggest it to be a disease”― a less than welcoming cultural environment for women.  She explain the multi-level pressure on women to use contraceptives, from Big Pharma marketing, with the FDA’s endorsement, to doctors’ pushback when women complain of the side-effects.

A firm believer in women’s rights, she makes this strong indictment: “The pill is a rejection of femaleness.”

A woman’s social “ecosystem” is complex, but we’re focusing here on her primary relationship, a spouse/partner. Eberstadt and Grigg-Spall help shed light on some of the changes that have happened in the past 50 years that affect this relationship.

Eberstadt, in Adam and Eve after the Pill, makes a strong case that contraception is the technological engine of negative changes in the way men and women have come to live their sexuality and their relationships in general. She describes the social evidence we have witnessed in the past 50 years of broad use of these methods: an increase in pre-marital sex and cohabitation, of extra-marital affairs, of  divorce, and a general acceptance of sexual behaviours previously considered harmful to society. She writes that “modern contraception may even be the central fact of our time: it is hard to think of any other whose demographic, social, behavioural, and personal fallout has been as profound.”

The relationship between a woman and her spouse/partner, which until now was a primary base for a stable “ecosystem,” is not going well. While, according to Eberstadt, there is ample evidence that “married, monogamous people are most likely to be happy,” fewer find themselves in that situation. The number of divorced or separated women has gone from about 6 percent in 1950 to 15 percent today, and of never married from 17 percent to 29 percent. This trend comes at a high price for women, who end up raising children on their own and having to fend for themselves on one income.

Interestingly, within couples, interest in sex has seriously declined. While Eberstadt explains this phenomenon by the major role pornography is playing in men’s sexuality, Grigg-Spall also discusses how women’s libido is harmed by the pill. She sees the pill as a way for women to make themselves available on the male’s terms, not for the good of women, and contrasts the US standard with Japan, where men use condoms out of respect for the woman’s body.

Grigg-Spall describes how “society demands that women be sexually available”, which goal contraceptives accomplish. But the pill has not fulfilled its promise to make women more free and equal in the context of sexual relationships (instead pressuring them to “have sex like a man”) and professional relationships (where women are put into a mold “in a society that still idealizes the male”).

What can fertility awareness change?

Fertility awareness based methods (FABMs) are a game changer in this crisis. First, they relieve women of the pollution to her body. “In the few months I took off the pill I felt lighter. A rush of positive emotions let me feel happiness, excitement and enthusiasm,” writes Grigg-Spall. She also explains how “knowing that our hormones fluctuate and experientially understanding the monthly repeated patterns of change to our energy levels and mood can have a very freeing effect.”

Not only does the elimination of these hormonal drugs free women from side effects and elevated health risks, but, according to Grigg-Spall, studies from the Center for Menstrual Cycle Research (CeMCOR) suggest that “regular menstruation with consistent ovulation is the key to good heart, bone and breast health throughout a woman’s life.” Women who use FABMs become more understanding and accepting of the stages of their cycles.

Fertility awareness not only relieves women of the oppressive power of large pharmaceutical companies, but also reverses the relationship between doctors and women: the provider is interested in understanding the patient’s unique cycle and supporting her in achieving her goals with it. Instead of working against her natural fertility, a doctor can use the information provided by the cycle to find and treat underlying problems such as endometriosis, polycystic ovaries, and the hormonal deficits that cause PMS.

Finally, fertility awareness forces men to better understand and respect women. Men can be more supportive when they understand the reality of the woman’s cycle. While the pill obliterates the woman’s unique hormonal and cyclical personality, FABMs make it relevant to both partners and creates a healthy discussion about both partners’ needs.  Learning how to use FABMs give an opportunity for true and educated collaboration for the partners’ mutual benefit. Couples who practice FABMs report how it improved their relationship, and while more research needs to be done in this area, one study indicated a divorce rate as low as 0.2 percent.

The unique and exquisite complementarity that can be achieved through a well understood method of fertility awareness can, indeed, save female ecology and benefit our entire species. Let’s save the earth, starting with women.