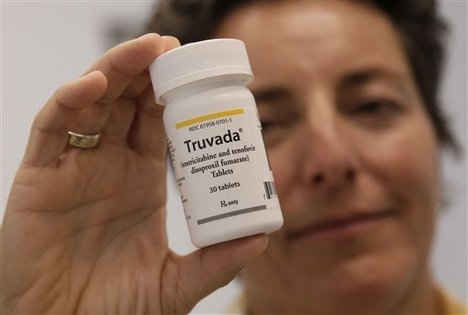 This is not exactly family fare but it seems significant that the American Psychological Association is calling attention to the need for “behavioural approaches” along with medical interventions to prevent HIV infection.

The APA’s statement was prompted by the news last week of a new drug, Truvada, that might do the trick. The professional body — not known for conservative positions — warns that the drug is “not a magic bullet”:

“Exclusive reliance on a drug to prevent HIV or any sexually transmitted disease could actually result in a worse outcome if those at risk don’t understand how their own behavior affects treatment,” said Perry N. Halkitis, PhD, chair of APA’s Committee on Psychology and AIDS. “We know that medical intervention depends on human behavior. The fact that only 28 percent of HIV-positive Americans in care achieve full viral suppression suggests very clearly that any medical intervention depends fully on behavioral as well as social and political factors.”

By “behavioural” factors the APA means practising “safe sex” and adhering to medical regimes. In other words, people at risk of HIV have to use a condom every time they have sex and take their medication every day. It cites a 2010 study “that tested adherence to Truvada within a group of men at high risk for infection, which found that 91 percent of those who later tested positive for HIV showed no detectable levels of the drug in their bloodstream, meaning they were not taking the drug as prescribed.”

Taking the medication haphazardly could, if someone then contracted HIV, lead to drug resistance — and the prevention project would be back to square one.

Clearly, prevention all comes back to self-control and responsibility. Is that what they are teaching the young people in sex-ed classes? And if it’s possible to control your behaviour in one way — by using a condom every time or taking a pill every day — why wouldn’t they teach the kids that it is possible, and responsible, not to have sex at all?