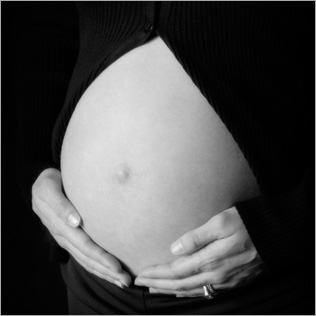 No, no, I cannot see into the future. Nor do I have a hotline to the UK Telegraph’s investigative reporting team.  It was just sheer dumb luck that the day after I finished a three part series looking into the worldwide phenomenon of sex-selective abortions (see the last three “Demography is Destiny” posts) the story broke in the UK that abortionists were allowing women to abort their babies on the ground of gender. Pregnant women went to various abortion clinics with a reporter posing as a supportive relative who was secretly filming.  There are interesting ethical issues here about the use of secret filming and entrapment.  Or are there? Is this any different from normal “target” style shows that secretly film different customer service representatives to see how they act?

Leaving that to one side, have a look at the story and the videos, which shows abortionists being told explicitly by the patient that she wants to abort based upon the sex of her child.  One female abortionist said that it wouldn’t be a problem: “Oh no … I don’t ask questions, if you want a termination, you want a termination.” Unfortunately for that abortionist, the law might have a problem – it is illegal in the UK to abort based upon the foetus’ sex.  Another male abortionist unbelievably said: “Is that the reason? That’s not fair. It’s like female infanticide isn’t it?” But then, when the pregnant woman asked if he could put down a different reason for the termination, the doctor said: “That’s right, yeah, because it’s not a good reason anytime … I’ll put too young for pregnancy, yeah?” So it’s like female infanticide, but if we change the reason on the form then it’s ok and you’ll do it? Have we reached the heights of bureaucratic perfection when what you put on a form really does change the moral content of your actions?? At least we know where to go now when our female toddlers are getting lippy. We’ll just make sure that we give another reason on the form – perhaps “died of natural causes”…

As you can imagine, this has sparked a lot of debate and comment at the Telegraph. (The Guardian has kept fairly quiet so far – I wonder why?) Janet McCartney comments that:

“Some of the confusion among less ethically-minded doctors arises because we have, in effect, abortion on demand in Britain, so long as two doctors agree with a fairly broad set of criteria, including that “continuing with the pregnancy would involve a greater risk to the woman’s physical or mental health than would ending the pregnancy”. Such criteria are controversial enough, but they broadly operate according to the judgment that to have any baby at this time would stretch a woman’s resources – financial or emotional – beyond their limit. To abort on the grounds of gender is a nasty refinement of this principle, which effectively says: “I am in a good position to cope with the demands of a baby. But I just don’t want one of the ‘wrong’ gender.” It takes the shopping-list approach to childbirth to a new and nauseating level.”

Christina Odone (a former editor of the Catholic Herald) points out some of the inconsistences in the condemnation of the practice:

“Andrew Lansley, the health secretary, has said that abortion for sex selection is both illegal and morally wrong. I would argue that it is also morally wrong when parents want to abort because their child will be disabled, or because that child stands in the way of the parents’ career choices. But even if we fight only to stop sex selection abortions, it is a fight worth taking on.”

After all, if it is all about choice only – why are some choices better morally than others when it comes to why parents choose to abort?  Here is Ed West’s take on this point and the cultural issues:

“Not that whitey has any reason to feel culturally superior in this department. After all, although the health secretary has called it “illegal and morally wrong”, who’s to say that a young Asian woman who has conceived a girl is not under more acute psychological distress than the typical single (or married) white woman? We can’t say.”

Practically also, parents now have greater control when it comes to determining the sex of their foetus through readily-available blood tests. Thus, with this knowledge, parents are able to choose to abort based upon their baby’s sex.  Although this is illegal, parents who want to get around the law seem easily surely to do so. Even if their abortionist does not do wish to break the law, a prospective mother merely needs to get two doctors to agree with a fairly broad set of criteria, including that “continuing with the pregnancy would involve a greater risk to the woman’s physical or mental health than would ending the pregnancy”.  As commentators have mentioned, women in various cultures could argue that their baby’s “wrong” sex is a great risk to their mental health due to familial and cultural expectations. As we saw in Eberstadt’s article, the sex ratio at birth for Indian mothers in the UK and Wales has risen from 104 boys to girls in the 1980s to 108 in the late 1990s. Even though it is against the law, it seems as if some abortionists are turning a blind eye to the law. Even worse, some also seem to be turning a blind eye to their consciences.

With all this sad news in the UK, it’s good to see that they are getting the important things right. For instance ensuring that children aren’t adopted out into dangerous homes, ones that have a kettle flex that is too long. Is there any hope that they loosening up of adoption practises will provide an alternative to women with babies that they do not wish to raise?  Or will the friendly abortionist down the road who “doesn’t ask questions” (heaven forbid, you might get an answer!) still be the first port of call?