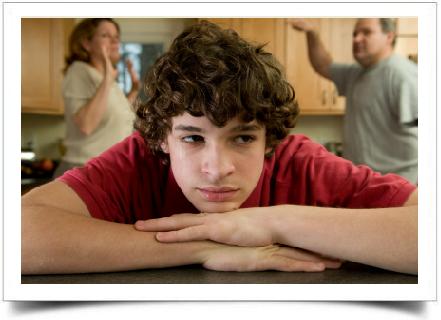 Christians throughout the West are dismayed at plummeting church attendance figures. They blame video games, or left-wing teachers, or Richard Dawkins. But perhaps the real answer is closer to home — their own families.

Divorce, single motherhood and cohabitation have been destabilising family life in America and other developed countries for decades. About one million children in the US each year experience the divorce of their parents, and more than half the children born to women under 30 are now born outside marriage. Reproductive technologies are also adding ambiguity — and potential fault lines — to family relationships.

Christians as a whole seem as likely as the average American to be caught up in these trends. At the same time religious practice and church affiliation are declining. It seems obvious that these twin crises of marriage and faith are related, but what are the dynamics? Did religion decline and then marriage, or did marriage decline and then religious practice? There is research that points both ways.

Without attempting to settle this question a new report from family scholars at the Institute for American Values investigates one way in which fragmentation of the family impacts on the individual believer and therefore on churches. The report, Does the Shape of Families Shape Faith? focuses on the religious and spiritual lives of young adults who experienced the divorce of their parents.

Reviewing a raft of studies on the subject, co-authors Elizabeth Marquardt, Amy Zietlow and Charles E Stokes conclude that, compared to those who grew up in intact families, these young people on the whole feel less religious and are less likely to be practising a faith on a regular basis. Specifically:

Two-thirds of young adults who grew up in married parent families, compared to just over half of children of divorce, say they are very or fairly religious.

More than a third of people from married parent families currently attend religious services almost every week, compared to just a quarter of people from divorced families.

This highlights a very significant fact: as in all other areas of life, parents play a key role in their children’s spiritual formation and religious practice. Normally, they are the ones who take them to church, teach them their prayers, talk to them about God and answer their questions about matters of faith. Their loving care makes intelligible the belief that God is a father (the Father) and also like a mother, fostering the child’s trust in God and acceptance of his will as taught systematically by the church. Studies show that the greatest predictor of the religious lives of youth is the religious lives of their parents.

When this “domestic church” is ruptured by divorce it can therefore undermine a child’s whole religious life. For one thing, many parents stop attending church. Children of divorce are less likely than those from intact families to report that their mother encouraged them to practice their faith (about half compared with four-fifths), and even less likely (about one-third compared to two-thirds) to report this of their fathers. This does not seem surprising given that children generally live with their mother post-divorce, and also given the bitterness of many fathers over access arrangements. Still, as in other areas of life, loss of dad’s input leaves an unfillable gap in children’s lives.

And lest anyone think that the amicable divorce, in which both parents stay involved in the child’s life and minimise their conflict with each other, would be less disruptive to a child’s faith, the report finds this is not generally the case. In one study the grown children of “good divorces” often compared poorly with those who grew up with unhappily married parents. And those raised in happy, intact marriages were more than twice as likely to attend religious services compared to those from low-conflict divorces.

On the positive side, some individuals from divorced families eventually become much more religious. The report notes that “as young adults, children of divorce are surprisingly likely to feel that they are more religious now than their parents ever were.” However, the note of scepticism towards parents here indicates a reason that young adults from divorced families are more inclined to reject the church (or other religious community) of their childhood, either switching to another or describing themselves as “spiritual but not religious”.

The question begging to be answered at this point is how faith communities can prevent some of personal suffering, social chaos and haemorrhaging from their own ranks that comes from the disintegration of marriages and the increase in unstable cohabiting relationships. This is not, however, a question that the Shaping Faith report itself gives us a lot of help with. Its chief concern is pastoral responses to children of divorce and other broken families.

In this respect alone much ground has already been lost. In a national US study, of those young adults who regularly attended a church or synagogue at the time of their parents’ divorce, two-thirds said that no one — neither from the clergy nor the congregation — reached out to them, while only a quarter remembered receiving that kind of help.

Also, the report notes that where the underlying ideal of marriage presented to a congregation is the “companionate” or “soul mate” model (as opposed to the institutional or child-centred model) the strong focus on the couple relationship can make it more difficult to see the family as part of a religious community, and for couples to take their troubles to the pastor. More about this important subject later.

In contrast to the neglect of young people from broken families, a paper by Evangelical Lutheran pastor Amy Zietlow, which forms the second part of Shaping Faith describes how local congregations can become places of refuge, nurture and healing for them. Pastors and youth leaders should work harder on providing faith role models. They should listen to those affected by divorce and provide an environment where they can question and search as they come to terms with what has happened. The church (building) itself can provide a “sanctuary” and place of hospitality for young people divided between “mum’s house” and “dad’s house”. These are all good, practical suggestions.

It is not until the very end of the report, however, that the all-important question of preventing divorce (and other forms of family breakdown) is addressed head-on. A final recommendation notes:

“One of the most profound ways that we can support children of divorce is by helping there to be fewer children of divorce in the first place. It is more important than ever for churches to reflect deeply on their role as custodians of the marriage tradition, and to engage actively in preparing and strengthening congregants and people in the community to have healthy, lasting marriages.”

How? Well, a little agreement among churches on what the marriage tradition is would be a good start.

Unfortunately, the Institute for American Values itself is currently sowing confusion about that tradition by leading a campaign to embrace same-sex marriage as part of the solution to marriage decline. They are proposing as a remedy the very thing that at least some churches and other marriage advocates see as fatal to the institution and a symptom of what is already wrong with it.

The case for gay marriage rests largely on the assumption that marriage is a committed romantic relationship between two people to which sexual intercourse of a procreative character (if not outcome) is incidental rather than of the essence. In other words, it depends for its credibility on the soul-mate ideal which has supplanted the child-centred, institutional ideal of marriage — and in doing so has contributed massively to decline of marriage in the West.

This is because the soul-mate marriage, with its undergirding of equal gender roles and economic contributions and its carefully planned births, seems to work for upscale Americans but has proved unattractive to or at least unattainable by people down the socio-economic ladder. The IAV itself in its manifesto for a “new conversation about marriage”, as it does in the Shaping Faith report, identifies “soul-mate issues” as one of the problems besetting marriage, overlooking the fact that gay marriage would institutionalise this very model.

What is really needed, as family law professor Helen Alvare indicates in a response to Shaping Faith, is a new conversation about healing another kind of divorce — that between the romantic couple and the children they are capable of generating.

It’s too late to begin such a conversation when a couple is about to marry. By that time (and given historically high ages at first marriage in the U.S.), men and women in the United States have been instructed over and over and over again that sex is one thing and children are entirely another…

Without “re-orienting” (early and often) what is most celebrated in American culture about what men and women do together (sex, romantic love) — away from the couple themselves and their individual and joint happiness — how are we to get to the place where children’s interests are privileged? In the earliest discussions of sex and life skills and vocations, then, schools and churches and families need to link the relationships between men and women to children.

Alongside state and federal governments, churches have a massive role to play in this mission, Alvare, a Catholic, observes. She adds, “It is a bit shocking, in fact, they have not played it to the hilt by this time in our nation’s marriage crisis.”

In another response economics professor Catherine Pakaluk, also a Catholic, stresses the need for churches and pastors to exercise their teaching prerogative about marriage with far greater clarity and energy. If they want to stop the damage that family breakdown is doing to individuals and the church, and start making an impact on family formation, they need to exercise “visionary leadership on basic moral teaching,” she says.

With IAV’s efforts to get conservatives and churches to embrace gay marriage as part of the solution to the decline of marriage, the task of achieving clarity on basic moral issues just got more complicated for the Christian community as a whole. Those most likely to suffer the ill effects are, again, the children.