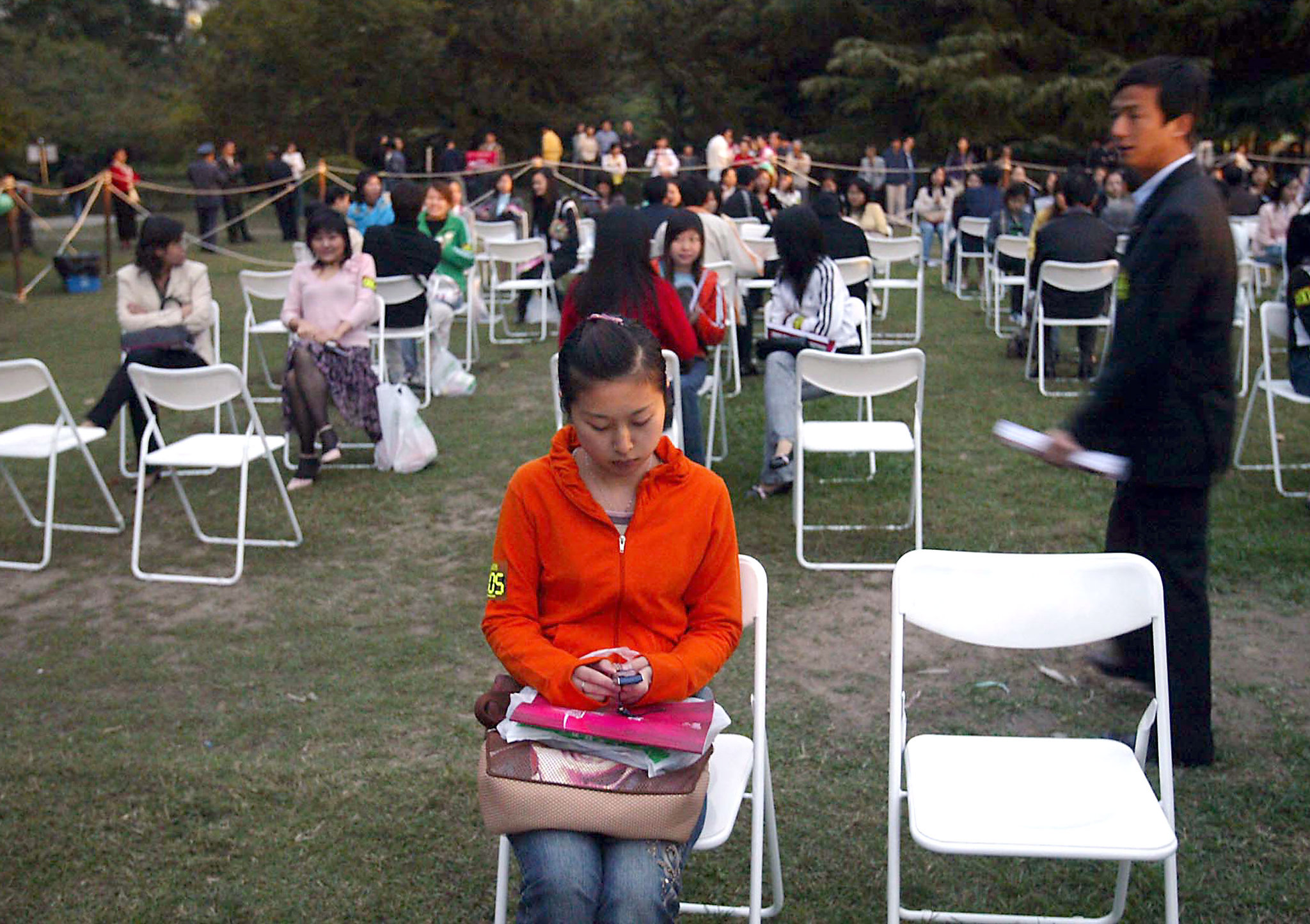 We’ve talked before on this blog about the fact that China has a gender imbalance problem in favour of boys. This is due to a cultural preference for boys allied to modern ultrasound technology which allows one to abort a baby of the “wrong” gender (exacerbated by the pressures of the one-child policy). While that means that there will be a surplus of marriage-aged men in the not too distant future in China as a whole, the paradoxical reality is that many Chinese women, especially in urban areas, are finding it hard to avoid being labelled as “shengnu” or “leftover women”. This is something we’ve also brought up before (see here and here).

On a similar topic, there is another aspect of this shengnu phenomenon at the Foreign Affairs magazine. Clarissa Sebag Montefiore reports that the largest Chinese online marketplace, Taobao, now advertises “boyfriends for hire”.

“Men offer their companionship for as little as 1,000 yuan ($160) to as much as 10,000 yuan ($1,599) a day—and even charge extra for romantic activities such as handholding, going to the cinema together, cuddles, or joint Internet surfing (yes, even that).”

Although absolute numbers are hard to come by, Taobao claims that online searches for the term “rental boyfriend” rose by 884 percent between 2012 and 2013. But this isn’t because Chinese women are lonely and are seeking companionship, it is because they are wanting to get pushy family members off their back. They are hired to put on a show for their parents and to stave off marriage pressures. Montefiore notes:

“This week marks the Chinese New Year—when that pressure reaches a boiling point. As millions of rural-to-urban migrants return home to celebrate China’s most important holiday, legions of unmarried women will be lectured by extended family about their singlehood. Enter the burgeoning rent-a-boyfriend industry.”

She then goes on to describe the current gender imbalance in China. In 2004, there were 121.2 boys born for every 100 girls, this has dropped to 117.6 in 2013 but there are still estimated to be a surplus of up to 30 million young men in China by 2020 (only five years away!) However, most of these bachelors live in the impoverished rural areas whereas it is the urban women who struggle to find a match. This is largely to do with the expectation that Chinese women should “marry up” financially and in status – a hard thing to do when you are a highly educated and successful professional woman.

“According to the Brookings-Tsinghua Center for Public Policy in Beijing, in urban areas there are an estimated seven million unmarried women between the ages of 25 and 34. Around seven percent of college-aged women remain single until they are 45. Some have struggled to find love; others have chosen to delay marriage for their careers. Either way, if unmarried by the age of 27, they are dubbed sheng nu—literally “leftover women.” (The prefix sheng is derived from the same word used for “leftover food” and reflects the disdain with which this nickname is used.)”

Families tend to view unmarried women as embarrassments and also less able to provide for them financially Although the pressure on women can be traced to ancient Confucian ideals of marriage as duty, the one-child policy has added to the burden (yet another pernicious effect of this evil policy) as young adults must face parental expectations that rest on them alone.