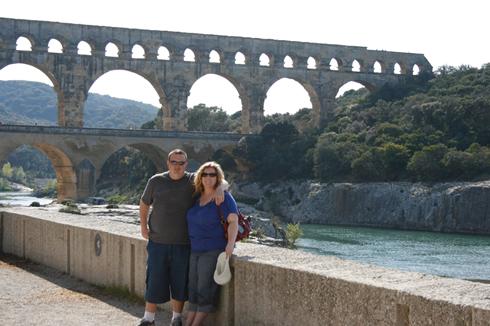 It’s still not entirely clear if the US-based
website that encouraged people to vote on whether a couple should abort
their baby or let it live was a hoax or not. The organisers are apparently
militant libertarians who have engineered other shock news stories in the past,
but that doesn’t really change the point about what this story taught us.

Called “Birth
or Not”, the site ostensibly gave an on-line electorate the right to decide
the fate of an unborn baby. Whatever you tell us, people were told, we will do.
It may be that in reality no abortion was ever to take place, but the anger
that so many people exhibited towards the very idea was one of the purest
indicators of the hypocrisy surrounding this issue that we’ve seen in years.

Hundreds of thousands of people
participated in the plebiscite and millions had an opinion. Obviously
pro-lifers were shocked and sickened, and extreme pro-abortion campaigners
(pro-choice is a chilling misnomer) couldn’t care less.

But more revealing was the horror of the
great middle; those people who apparently don’t care about the abortion issue
because they see it as private, personal decision between a woman and her
doctor, with no ethical context and saying more about medical procedure than
moral practise. The majority of these men and women were outraged, with letters
pages across North America lamenting how degraded society had become.

But just hold on one moment. If it’s merely
the removal of tissue, why is this in any way a problem? The website’s proposal
may be vulgar and crass but no more than that of a website asking for advice
about cosmetic surgery or a hair transplant. If it’s not a life, it’s
irrelevant. But if it is a life, it’s the most relevant thing in the world. For
this reason alone the whole enterprise was a valuable lesson in how we have
managed to expunge truth, logic and instinct from the international debate
around abortion.

Partly because Christians have been at the
centre of the fight against abortion it has been assumed that the arguments are
somehow theological or even supernatural, when, in fact, the very opposite is
the case. It’s the pro-choice movement that is increasingly emotion-based and
the pro-life argument founded on science and rational thinking.

At conception the baby has a distinct
genomic character and a DNA different from anyone who has lived or will live.
The tiny boy or girl cannot survive outside of the womb but then a full term
baby will similarly die once delivered if it is not given sustenance and help.

For that matter all sorts of people – the
ill, those involved in an accident, some who are disabled, some who are elderly
– will die if not aided. Science tells us that a new born child is as different
from one of, for example, a month’s development to the same extent that a
five-year-old is different from a two-year-old. Bigger and stronger but still a
complete and unique life.

This isn’t the place to go through all of
the pro-life arguments or expose the litany of pro-choice points about rape,
incest, back-street abortions, women’s lives and so on. What the website hoax
exposed is how we have disguised visceral feelings in politically correct and
selfish poses.

On a leading Toronto talk-radio show, for
example, a usually moderate, controlled host who has no particular record of
holding any position on abortion interviewed the father behind the website,
lost his temper, called the man “a piece of excrement” and slammed the phone
down on him. This was followed by dozens of callers who identified themselves
as being pro-choice who were appalled at the website. The scenario was
replicated across the continent.

It was similar to how so many people have
reacted when pregnant women have been murdered and feminist groups have
resisted requests for double homicide charges. They know there is a gap in
reality. Imagine for a moment if a heavily pregnant woman walked into a bar and
ordered drink after drink. Onlookers would be enraged. If, however, she told
the same people in a different setting that she was considering an abortion
most of them would have little reaction at all.

In other words, in a world where reality
television is often more significant than reality we have managed to distance
thought from emotion and refused to intellectualize the instinctive. Abortion
is what it is, but we’ve been told that it’s anything and everything other than
what it is.

The website in question has faded from the
news and with any luck the people behind it will also disappear from the
public’s consciousness. But the question they provoked and the answers they
produced might, just might, leave a longer impression and force the otherwise
indifferent to wonder why out of all the crazy internet news, this was the one
that caused so much anger and pain.


Michael Coren is a broadcaster and writer living in
Toronto, Canada.