In part one of this series, we looked at how too much stuff, busyness and information can be a problem for children. Constant stimulation is stressful and causes a child’s quirks to be amplified over time.

In part two, we look at Kim John Payne’s methods for simplifying life. Payne is a family counselor, educator and the best-selling author of Simplicity Parenting. The power of his recommendations is truly shocking.

Payne led a study using simplification for children with attention deficit disorder. Sixty-eight percent went from clinically dysfunctional to clinically functional within four months.[i] What’s more surprising is that they also experienced a 37 percent increase in academic and cognitive ability – a boost not seen with psychotropic drugs like Ritalin.[ii]

Simplicity parenting helps troubled kids to become “reachable and teachable,” but more importantly, it creates solid ground for a child to stand on. Emotionally secure, the child has solid footing to reach for their dreams.

Payne notes four areas where parents should simplify, and tells them to watch for signs that a child is overwhelmed.

Noticing something is wrong

When children are physically sick, the symptoms are obvious – they might cough or run a fever. When they are overburdened or emotionally sick, it can be harder for parents to notice. Kim John Payne calls it a “soul fever” – when something is off and a child is at odds with the world. Little ones might throw bigger temper tantrums, or their sleep patterns might change. They are easily set off by little things – an itchy label on a shirt, a simple instruction. Older kids might have trouble settling into activities that used to hold their attention. Extroverted kids will make their unhappiness known but introverted ones might withdraw. Unlike normal emotional ups and downs, a “soul fever” lingers.[iii] 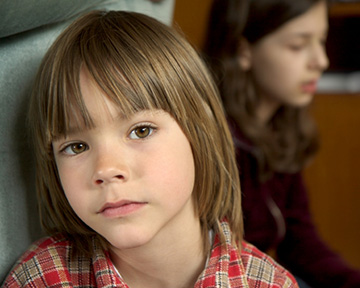 Above all, Payne tells parents to use their instincts to know when something is off, because each child is different. If parents are too busy and preoccupied, they may miss their child’s distress. However, symptoms will typically come and go until the internal conflict is addressed.[iv]

The treatment for a “soul fever” is much the same as it would be for a physical fever. The child needs a break from after-school activities and may even need a day off from school.[v]  They need some quiet down time. Let them do something that makes them feel at peace. Some parental attention, or at least availability as desired, is helpful.[vi] Payne says that a quiet weekend can go a long way toward loosening an emotional knot. Once the child is back to their usual self, the parent should ponder whether the child’s schedule needs to be lightened going forward.

Never before have we had so much stuff.  Parents might have an inkling that the deluge is oppressive, but many do not realize it’s potentially harmful to their children.

According to Payne, “This profusion of products and playthings is not just a symptom of excess, it can also be acause of fragmentation and overload.”[vii]

The more toys a child has, the less attention they can give each one. “Instead of expanding their attention, we keep it shallow and unexercised by our compulsive desire to provide more and more and more.”[viii]

Too much stuff also deprives children of the gift of boredom, which feeds creativity. Companies selling toys tell parents certain toys will spark a child’s imagination. Payne assures us that imagination comes naturally when children are given time and freedom to explore their worlds.

He encourages parents to “jump off the consumer treadmill” – a liberation for both parent and child. Payne dares parents to get rid of the bulk of their child’s toys, starting with the broken and obnoxious ones. Limit very high-stimulation toys too, since the physiological effects of stress hormones are the same regardless of whether triggered by real danger or entertainment.[ix] Even books and educational toys should be limited.

Children should only have a few books on the shelf, and a limited number of toys in bins. The rest should be stored in a “toy library.”[x] It is better that children’s access to toys is limited, and that they cannot see all that is available to them.

Payne claims children do not miss the toys once they are gone, but advises purging while they are not watching. He does warn that cherished toys are off limits.

Parents also have to be careful about the worldview they instill. A recent study showed that children who receive more material rewards from their parents are likely to continue rewarding themselves this way into adulthood. In other words, they become materialistic. This puts them at a higher risk for marital problems, debt and decreased well-being.[xi]

Simplifying the rhythm of life 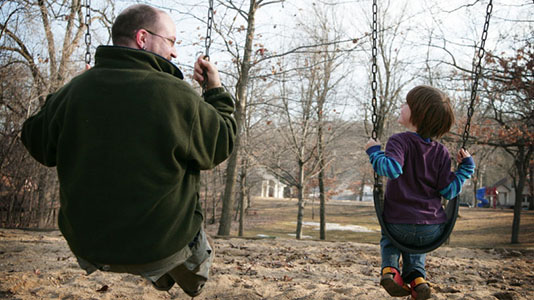 Daily life is a song, and for many children it sounds chaotic. There are many high notes – lessons, recitals, sports matches and birthday parties – but low notes are also needed to balance those out. In fact, those low notes should repeat so that children can count on them. “The busier your life, the more your children need and will benefit from the establishment of a sense of rhythm.”[xii]

Simplifying the rhythm of life is often about creating down time that a child can expect. This can be an after-school ritual like walking the dog together, or time on Saturdays for a special activity that a child can “lose himself” in.

The particulars are not terribly important. The point is a release of tension, and that the child knows it is coming soon enough.

This little repeated event can also be a great way to deepen a parent-child connection.

For families that have unpredictable schedules due to parents’ jobs or situations outside of their control, Payne recommends “previewing.” Before bed, parents can calmly walk the child through what they are to expect the next day – who will pick them up from school and what the plan is. It is good to reduce the ways that children are caught off guard.[xiii]

Back in the early 1980s, David Elkind suggested children were being rushed through childhood in his now-classic, The Hurried Child. Since then, the amount of time children spend on homework has doubled. Time spent in structured activities has also doubled. Free time has been slashed almost in half, and children are getting less sleep.[xiv] At this point, many children are depleted.

A child going through life bouncing from one scheduled activity to another, with plenty of entertainment in between, learns to rely on outer stimulation at the expense of an inner life. Leisure moments are often spent plugged into devices. This leaves little time for reflection or original thought. It leaves little opportunity for the child to learn how to self-direct.

“A child who doesn’t experience leisure – or better yet, boredom – will always be looking for external stimulation, activity, or entertainment,” says Payne.[xv]

He recommends limiting organized activities and infusing the child’s routine with free time. A recent study on child sports confirmed that unstructured play is a developmental necessity for kids.[xvi] For families with children under nine, schedules (including parents’) can be wonderfully simplified by prioritizing free play over organized sports. Older children should limit, with their parents’ help, the number of organized activities they engage in. Limiting scheduled activities helps children to feel anticipation for them, which is healthy.

Payne warns that the overscheduled child who appears to love it can still suffer the ill effects of too much, too soon.[xvii] These include early burnout, a reliance on outer stimulation, and difficulty forging their own path and identity.

Children do not have the capacity to process a world of adult information, so parents must filter accordingly. Payne warns against including kids in adult concerns and topics of conversation. Children should not be privy to parents’ fears and ambitions. “Too much information does not ‘prepare’ a child for a complicated world; it paralyzes them,” Payne writes.[xviii]

Perhaps the most challenging advice Payne gives to parents is to drastically reduce screen time.  He acknowledges how difficult this can be, but is adamant that it is one of the most critical ways to safeguard childhood. Digital devices can easily fill all of the leisure time a parent carves out by simplifying.

Many studies have concluded that watching television, even educational programs, delays rather than promotes language development.[xix] In his fascinating TED Talk, Dr. Dimitri Christakis says the rapid image changes we see on screen, when viewed during critical periods of brain development, precondition the mind to expect high levels of stimulation – and that leads to inattention later in life. His research shows that the more television a child watches before age three, the more likely they are to have attention problems at school age.[xx] The American Academy of Pediatrics recommends that children under two years of age watch no television at all and older children limit their viewing.[xxi] 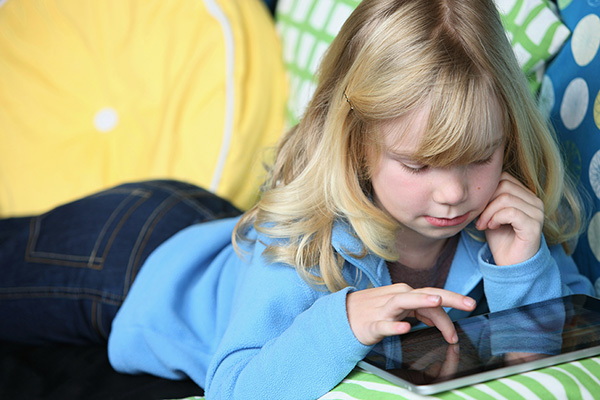 Screen time also encourages passivity and interferes with social development. As Payne puts it, “The primary predictor of success and happiness in life is our ability to get along with others. Screens won’t help.”[xxii]

Families can take screen “holidays” for a week or a weekend. This helps families to develop new leisure habits and become more aware of just how much screen time they consume.[xxiii] Parents should check their own use of devices, and whether they are able to model leisure time for their children. Kids can tell whether they have their parents’ attention or not.[xxiv]

Kim John Payne, in an interview with the IMFC, said that these days, it takes a lot more conscious attention for parents to protect childhood for their kids.[xxv] Parents are awash in the flow of “too much” with little support and guidance.

Payne said his wish for early learning is that it would focus on parents rather than children.

The support, help and wisdom that was handed down from extended family and for most people no longer exists. My wish is for parent enrichment, parent education and parent support so that parents have the confidence to make decisions about early childhood centres or not – that there is a discernment that parents can bring to their choices.[xxvi]

Parents are motivated by good intentions; they want the best for their children. Payne believes that parents’ instincts and a desire to protect children will ultimately lead them down the path of simplification. And their kids will benefit tremendously.

Eloise Cataudella is Manager of Communications at the Institute of Marriage and Family Canada, a MercatorNet partner site. The article is available for download in pdf format at the IMFC website.