What if the very things you did to give your child a leg up could actually hurt their chances for success? What if too much of a good thing – lessons, toys, even choices – had the opposite effect, putting your child at a disadvantage?

Family counselor and best-selling author Kim John Payne, M.Ed., says this is exactly what’s happening in modern parenting.  Some children, as a result, are nudged toward anxiety disorders, ADHD or bullying.

In an interview with the IMFC, Payne explains the problem: Parents, driven by a deep desire to provide for their children, are falling into the trap of providing “too much.”1 Until recently in history, the challenge for parents was to provide enough.

Every parent hopes to unleash their child’s boundless potential. They buy heaps of toys and books whilst signing their child up for classes to maximize learning, enrichment and experiences. Yet before long, parents are providing so much stimulation that it interferes with their child’s development, thwarts their child’s concentration, blocks their creativity, drains their resilience and even rattles their sense of security.

Too much, too young

Payne describes the four pillars of “too much” in children’s lives: too much stuff, too many choices, too much information and too much speed.2

We tend to think that if something is educational or enriching, then more of it must be better. But Payne warns parents that quantity is just as important as quality, and more is not always better.

Too much stuff, information and busyness overwhelm children. It will come out in all sorts of unpleasant ways, depending on his or her little personality. Payne highlights that every child has what he calls quirks, which are simultaneously gifts. He warns that the ongoing, silent pressure of “too much” causes a child’s quirks to slowly slide into disorders.4 This is what happens when the active child becomes hyperactive, the dreamy child loses all ability to focus, and the orderly child becomes rigid and compulsive.

The war on childhood

The problem, according to Payne, is that there is an undeclared war on childhood. If that sounds a tad overdramatic, consider his experience.

Kim John Payne has traveled the world and spent time treating children in refugee camps. While running a private practice in England, he was shocked to see so many similarities between the children there and the refugee children. Over many years, it became increasingly clear that certain kids from affluent families – living perfectly safe, privileged lives – were behaving in a manner similar to children halfway around the globe near war zones.

The refugee children were living out the effects of post-traumatic stress disorder, says Payne.

“They were jumpy, nervous, and hypervigilant, wary of anything novel or new. Many had adopted elaborate little rituals around everyday tasks, such as very specific, complicated ways of navigating the maze of the camp, which they imagined would somehow keep them safe. They were distrustful of new relationships, whether with adults or their own peers, and quite a few had hair-trigger tempers.”5

He says the main distinction between the two groups was that the privileged children in England were physically safe. But mentally, they too were living in a sort of war zone where they needed coping strategies to feel safe.6 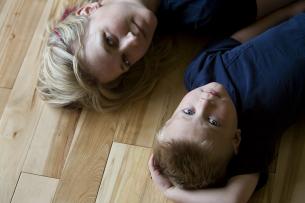 How could a well-cared for child in the western world be living in a so-called war zone? Payne explains: “Privy to their parents’ fears, drives, ambitions, and the very fast pace of their lives, the children were busy trying to construct their own boundaries, their own level of safety in behaviors that weren’t ultimately helpful.”7

These children were suffering what Payne calls a “cumulative stress reaction.” There was no significant trauma in their lives, only the constant drip, drip, drip of too much, that they weren’t able to process or to turn off.8

In England, Canada, and around the world, we protect children physically more than ever before. We legislate for car seats and prohibit tobogganing. Mentally, however, we are putting them into adult roles and schedules. Unable to control the gush of information and expectations placed on them, they look for other aspects of their world that they can control.

In our interview, Payne explained the link between today’s frenetic pace of life and the rise of bullying:

When you have a child who is reacting in the new normal out of what I’ve described as a cumulative stress reaction, a post-traumatic stress reaction, what you see is a child that is over-controlling, a child who is desperately trying to control their environment because they feel like they’re living an out-of-control pace in the world. So they’ll seek to over-control others. Over-controlling others is just another word for bullying.9

He recommends the same simplification process for bullies and for the children who are being bullied. The simplification helps bullies to feel less out of control, while it helps the victims to become more emotionally resilient.10

The effects of providing too much have become increasingly common. We fear our children might fall behind. We don’t want to miss an opportunity or a talent, so we sign them up for all kinds of wonderful activities – sports, music, martial arts, visual arts. We fill in every nook and cranny of their rooms with books, toys and gadgets, while also filling every spare moment with lessons, information and fun experiences. We shuttle about from one scheduled activity to another, wondering how life got so crazy.

When we stop, exhausted, to look around, we see our own frenetic pace of life mirrored by all our friends, so we conclude that it must be normal.

There is a better way. When a child is kept too busy, given too much stuff and information, it robs them of the time and ease they need to explore their world and emerging selves.11 When a child has a heap of toys or books, they are too distracted to delve into any one of them deeply. Their play and learning is shallow. They lack the space – and boredom – needed for reflection and creativity. At the same time, none of the toys seem to satisfy and the child is always looking for that elusive one that they don’t have.

Simplicity parenting encourages parents to keep fewer toys so that their child will engage with them more deeply. Children need time and physical space to play and be imaginative.

Simplicity parenting also emphasizes the use of unscheduled down time to allow a child to recover and grow. Adequate down time, much like sleep, serves a vital purpose in child development. It gives children the ease they need to work through their emotions and develop a growing sense of self.

The best preparation for a changing world 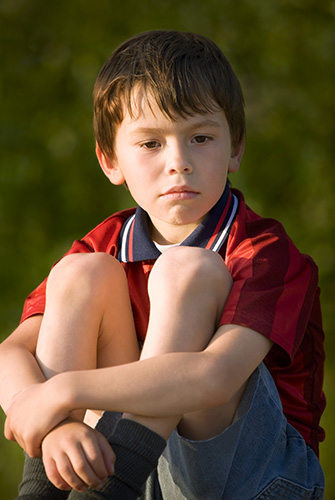 Some might mistakenly think that Payne is hoping to rewind the clock to simpler times, slowing down the pace of daily life to a halt. In reality, he’s not suggesting a slowing down at all, but a filtering of unnecessary busyness. In our interview, he said simplicity parenting is actually the best way to prepare children for a future where they will have to be creative, innovative and adaptable to succeed. Since they will likely need to be able to move through jobs, they will need to be self-motivating.12

When parents have a ton of scheduled activities thinking that’s going to give their child a head start, I’m suggesting that what gives their child a head start and prepares them for the future is giving them the down time they need so that they can actually be self-motivating and not reliant on scheduling or activity.  They actually can give them the gift of boredom, and let them be bored, let them self-motivate.  Simplicity parenting is a future-looking thing, quite the opposite of very fast-paced, busy parents who are unwittingly raising their children for a world that no longer exists.13

His point is underscored by a recent study on child sports. It found that the time children spent playing in organized sports was significantly tied to lower creativity as young adults, whereas time spent playing informal sports was significantly related to more creativity.14 It is not the organized sports themselves that destroy creativity; it is the lack of down time. Even two hours per week of unstructured play boosted children’s creativity to above-average levels.15

Study co-author Matthew Bowers gives a possible explanation. “[I]nformal sports played in unstructured, unsupervised environments capture many of the elements that are linked with the developmental benefits of play for children. These environments offer children the freedom to self-govern, create rules, problem-solve and resolve social conflicts on their own terms.”16

The big takeaway is the importance of balance – a core part of simplicity parenting. Children greatly benefit when parents balance scheduled time with down time and filter out the deluge of “too much.”

Balance is absolutely necessary if we are to protect childhood so that its rich developmental processes can fully unfold.

In the second half of this two-part series, we will look at the four areas where Payne advocates for simplification – and how parents can go about this worthwhile process.

Eloise Cataudella is Manager of Communications at the Institute of Marriage and Family Canada, a MercatorNet partner site. The article is available for download in pdf format at the IMFC website.